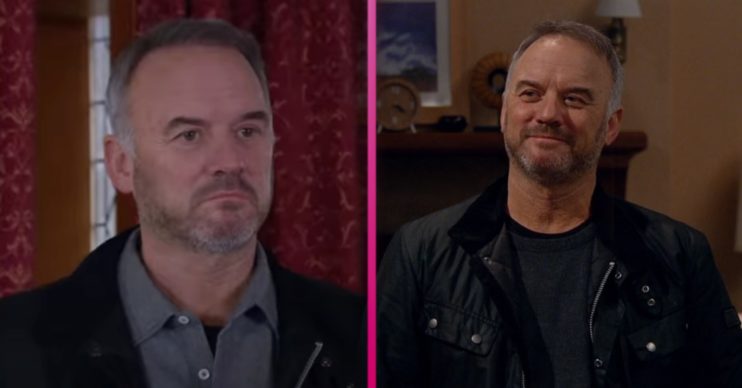 Emmerdale: Is DI Malone dead? What happens next…

He had a fight with Will tonight

Emmerdale took an interesting turn tonight (Friday, July 24) as Will ended up hitting DI Malone over the head, knocking him unconcious.

But is the dodgy copper dead?

In tonight’s visit to the Dales, viewers saw the dodgy detective confess his love for vicar Harriet Finch.

Former colleagues Malone and Harriet have been having an affair for weeks, despite her being engaged to Will.

As Malone begged her to leave Will, Harriet refused to break up with her fiancé, claiming Malone isn’t long-term partner material.

But Malone was determined not to give up and decided to find a way to get rid of Will once and for all.

Will caught Malone snooping around his car and it turned out the bent copper had planted a dealer-sized stash of drugs, making it look like Will had gone back to a life of crime.

The mechanic was confused as to why Malone had began harassing him again. But Malone began winding up Will in order to get a reaction from him.

He started making comments and threats about Will’s daughter Dawn calling her a ‘druggie’ and a ‘two-quid whore’ and saying ‘she’ll end up dead.’

Although Will warned Malone to shut up, he continued. In a fit of rage, Will smacked him over the head with a spanner.

As Will looked down at the officer, he had a nasty head injury and lay unconscious.

Unfortunately we cannot say for sure whether Malone is dead. Spoilers have not revealed his fate, so it’s fair to say Emmerdale are keeping things tight-lipped.

Could this be the social distance murder Emmerdale has been referring to? Or will Malone survive and come after Will for revenge?

Do you think Malone is dead? Leave us a comment on our Facebook page @EntertainmentDailyFix and let us know what you think of this story.