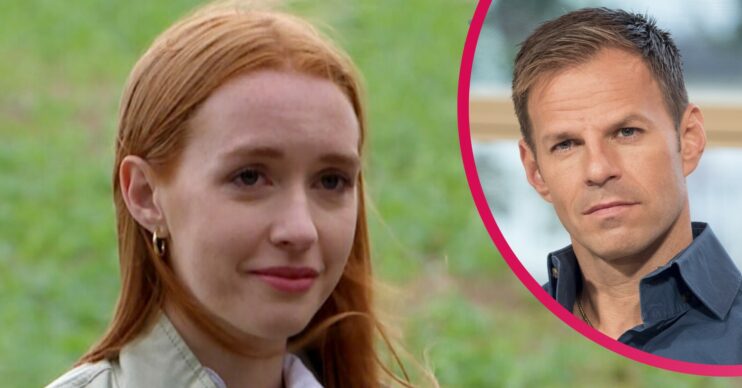 He's set to join the cast as a villain this year

There has been a huge amount of speculation surrounding the identity of Chloe Harris‘s dad in Emmerdale.

We know he’s a very bad guy with a team of thugs at his disposal, who keeps his daughter in relative captivity. However, we don’t yet know him or even his name.

But with the revelation Ben Richards is joining the Emmerdale cast as a new villain, fans have connected the dots and decided he might be Chloe’s father.

Who does Ben Richards play in Emmerdale?

Ben’s casting was announced by International Artists Management on social media recently, with Ben retweeting and saying: “Am so chuffed to announce this, gonna be fun #blessed #filming #Emmerdale.”

He began filming this month and posted a picture on set, but the show hasn’t released any details of his character as yet.

However, according to The Sun Ben is set to play Gavin.

He’s an associate of Al Chapman – and where Al goes trouble follows so it won’t be surprising to learn Gavin is a bad boy.

An insider told the publication: “Ben’s a great signing for the soap and Gavin is going to ruffle a few feathers.

“He’s connected to Al and his scheme for the Woolpack and it’s going to be explosive.”

The revelation he’s a bad boy has sparked more speculation amongst fans that Gavin will be Chloe’s dad.

One wrote on Twitter: “Ben Richards character as Chloe’s father?”

Another added: “Chloe’s dad by any chance?”

Who is Chloe’s dad?

There have been multiple theories over the identity of Chloe’s father.

Many viewers have picked up on the fact her surname is Harris and her dad is in prison. Emmerdale rapist Pierce had the surname Harris and he is currently in prison too…

Another name being thrown into the ring is Declan Macey. Charity’s evil ex who is missing after shooting his own nephew and kidnapped all of his family.

He was always a dodgy businessman with a dark side, so could he have built up an empire while he’s been on the run?

Despite these strong theories, Jessica Elland, who plays Chloe has revealed that no one has guessed it right yet.

Speaking to ED! and other media, she said: “It’s good to see people guessing, investigating and trying to connect the dots.

“I have to say no one has got it right yet, but they’re really fun to read.”

She went on to say she hopes we get to meet him soon: “I do get the sense that Chloe knows her dad is fundamentally a bad person.

“She feels very trapped by him, scared of him, but at the end of the day he’s still her dad and she still loves him, so it would be interesting to play out that dynamic and those emotions.”