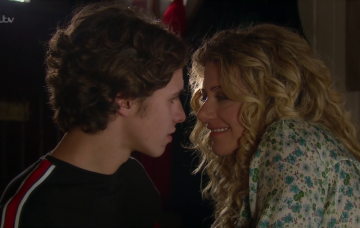 It's a controversial storyline...

Emmerdale has faced increasing criticism over their current child grooming plot line, in which teacher Maya Stepney has been having an inappropriate relationship with schoolboy Jacob Gallagher.

Viewers have been left feeling “sickened”, “disgusted” and “horrified” by the storyline, and many have been switching channels to avoid the scenes.

But the soap went too far, according to viewers, when Maya and Jacob had sex this week.

In fact, some horrified fans even complained to Ofcom about the scenes on Monday (4 March) in which Maya and Jacob finally did the deed.

After weeks of teasing and near-misses, the pair consummated their relationship just days after his 16th birthday.

According to The Sun, the ITV soap is now facing an Ofcom investigation after the scenes – with at least 21 viewers complaining to the regulator.

An Ofcom spokesperson told the newspaper: “We’ve received 21 complaints about those scenes in Emmerdale, which we are assessing against our broadcasting rules, before deciding whether or not to investigate.”

Viewers watched teacher Maya climb on top of teenager Jacob and say “happy birthday” before kissing her boyfriend’s son and giving him his belated ‘present’.

While we’re told Maya will get her comeuppance, and that the storyline has helped grooming victims to come forward, some fans believe it should not be shown pre-watershed.

Other fans predict that the Dales villain will become pregnant and be unsure of whether the dad is David or Jacob.

That would certainly be an explosive way of her dirty secret being discovered!

Do you think these scenes are essential to the plot? Leave us a comment on our Facebook page @EntertainmentDailyFix and let us know what you think!