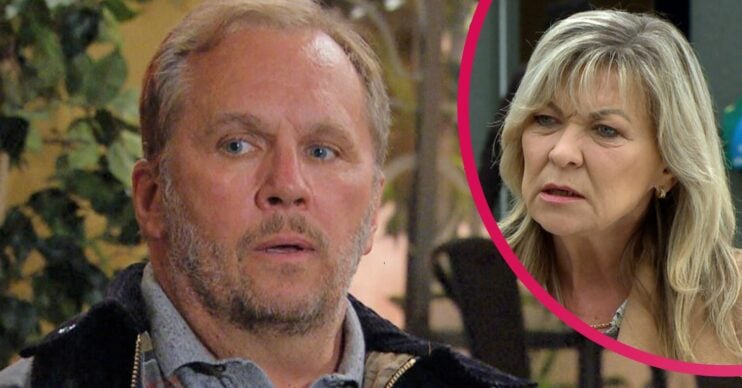 He fled the village tonight, but has actor Dean Andrews left?

Emmerdale aired exit scenes for Will Taylor tonight, but has he left the soap for good?

After confessing the truth about Malone’s body to Kim Tate, Will felt he was left with no choice but to go to the police.

However, Harriet thought it would be better if Will just fled instead. But is this the last we’ll see of him?

Why did Will confess to killing Malone?

After hearing Ellis and Priya were moving base camp to the exact location Malone’s body is buried, Will panicked.

When his attempts to persuade Kim to object to the move failed, Will decided to confess the truth.

Kim was stunned and made Will think she was either going to call the police or exact some sort of revenge. She then threw Will out.

He went straight to Dawn and told her he had no choice but to hand himself into the cops.

Will stressed if he pleaded his case, he might get a more lenient sentence. He recorded a heartbreaking goodbye message for Lucas, but Harriet had another idea.

She suggested he left and got as far away from the village as he could to lie low for a bit. She got him some cash and found a ferry from Hull to France leaving that night. She also advised him to get a new phone.

When Kim arrived later looking for Will, Dawn laid into her and told Kim he’d gone for good.

Kim was stunned, and insisted she’d only wanted to teach him a lesson, not drive him away.

Has Will left Emmerdale for good?

Although Emmerdale has not commented on Will’s departure and his future on the soap, it seems like he will be back.

Actor Dean Andrews, who plays Will, told Digital Spy: “He goes off to France.”

And of a possible return he added: “I think he just wants some time to pass before the dust has settled.

“He’d come back once he’s not in receipt of any knowledge that the police are after him!”

And given it seems Kim isn’t going to call the police, it looks likely this isn’t the last we’ll see of Will.