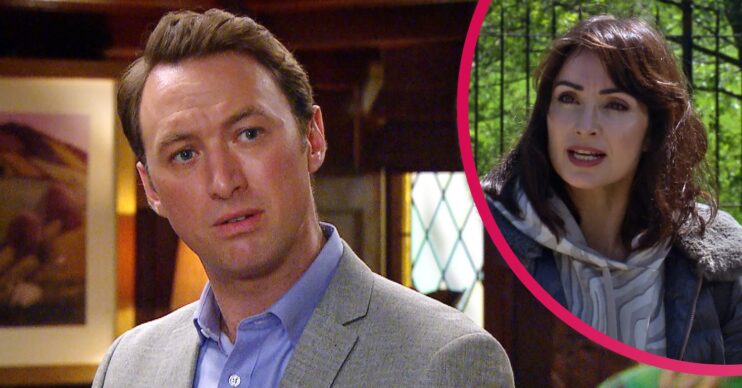 Emmerdale: Has Liam left the village for good as he grieves for Leanna?

Emmerdale character Liam could be seen leaving the village at the end of tonight’s second episode (Thursday, July 15 2021), but is he going for good?

Last week, Liam’s daughter Leanna was celebrating her 18th birthday in the village.

However she discovered that Meena had killed her best friend Nadine.

To stop her secret coming out, Meena pushed Leanna off the humpback bridge and the teenager died. Meena then took Leanna’s ring off her body, which was given to her by Jacob.

Her body was later discovered by Bernice and police believe her death was an accident.

Liam has been grieving for his daughter and earlier this week, he ended up destroying the memorial made for her by her friends.

In tonight’s scenes Liam asked Jacob for his help with Leanna’s things to try and make amends.

However he became distressed when Jacob asked about the ring that he gave to Leanna.

Later Liam went to the bridge where Leanna died and picked up a teddy left at the bridge and put it by the flowers.

He soon drove away from the village, is he gone for good?

Emmerdale: Has Liam left the village for good?

Liam will be back next week.

In next week’s scenes Leyla is frantic as Liam is missing. Meena is annoyed that David is pandering to Leyla, she resolves to look for Liam herself.

She soon finds a dishevelled Liam slumped on a bench at the crematorium.

He can’t escape memories of Leanna so Meena suggests clearing out her belongings saying what he can’t see will no longer hurt him.

Later Leyla is concerned to see Liam piling bin bags of Leanna’s stuff outside. She’s furious with Meena for suggesting he get rid of Leanna’s things.

The next day, Meena feigns sincerity and apologises to Leyla. Jacob soon has a go at Liam for getting rid of Leanna’s thing like she’s rubbish.

Accusations fly between Liam and Jacob and Leyla offers to leave Liam alone, reiterating she will always love him.

Read more: Emmerdale SPOILERS: David and Jacob both killed after David asks Meena to move in?

Liam asks her not to go, saying that he needs her more than ever.

The next day Liam asks for help arranging Leanna’s funeral. Jacob offers to help but she isn’t sure it’s a good idea.

Finally Leyla agrees to let Jacob help, as long as they keep it a secret from Liam.