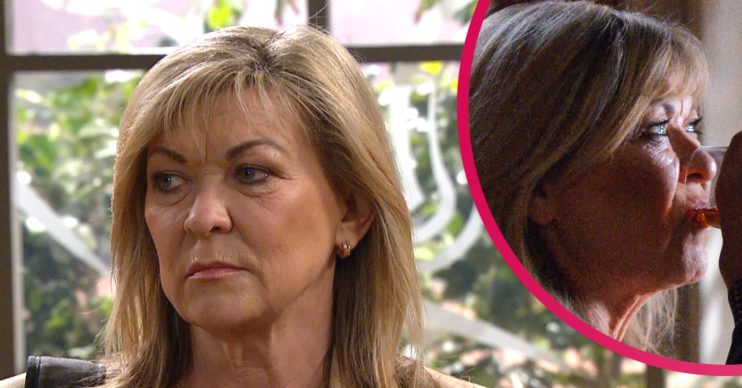 Harriet use to be in a relationship with Will

Earlier this year Harriet had a breakdown after she and Will moved DI Malone’s body from the graveyard to the grounds of Home Farm, to stop him from being discovered.

Dawn’s dad, Will, began working at Home Farm to keep an eye on where Malone’s body was buried. But Harriet was devastated when she discovered he had been sleeping with Kim.

After discovering Kim had spiked Dawn’s drink to sabotage her meeting with social services, Will was furious with her.

Meanwhile over the last few weeks, viewers have seen that Kim’s brandy decanter is being spiked by someone. But it hasn’t been revealed who.

She soon discovered Gabby had been stealing from the HOP bank account and decided to set up a camera in Home Farm.

Whilst Harriet has been off-screen quite a bit recently, fans are convinced she could be the one poisoning Kim as revenge for sleeping with Will and spiking Dawn’s drink.

In a Digital Spy forum called ‘I have a feeling it’s Harriet poisoning Kim’, one fan wrote: “It’s obvious. She will be the surprise culprit.

“Kim had an affair with Will, she spiked Dawn’s drink and she rad a relapse recently.”

A second commented: “The Unreverend Harriet can bury Kim in the same grave as PC Plod: that will save taking up more space in the woods – conservation and all that sort of thing.”

A third said: “I fail to see any logical motive for Harriet to be the poisoner… which in ED terms means it is definitely her.”

Another fan added: “Possibly, but then as usual with soap whodunnits, if it is indeed Harriet, why does every other character stand suspiciously next to the drinks cabinet and even touch the brandy bottle for no reason during a virus pandemic.