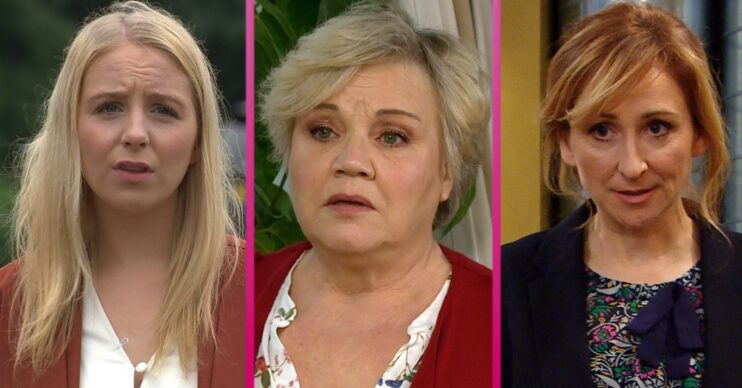 The village desperately needs more joy on it

Emmerdale has been a bit dreary and dramatic of late – and it’s only set to get worse.

With serial killer Meena stopped from killing people, the village is distinctly lacking in joy.

So here’s five stories we want to see that will inject some much-needed positivity into the Dales.

Never before has anyone in soap land so young deserved a decent relationship.

Her last boyfriend didn’t even bother to say goodbye before moving to the other side of the world.

And the one before that framed her for attempted murder.

Oh and the one before that was a serial killer who massacred his own family, tortured them and then used Belle like a doll.

As we said – she desperately needs a decent boyfriend.

Leyla and Liam to have a baby

At the risk of sounding callous – Leanna’s dead – they need something to occupy their time.

Grief appears to be the only thing holding this pair together.

But a baby could make them move past it all and embrace a new happier future.

Until it all goes horribly wrong, obviously.

If bosses insist on keeping Brenda around in the village then she needs a rapid about turn.

If she’s not listening into her customers’ conversations, then she’s stealing Eric Pollard from Faith Dingle and that is not on.

Brenda needs to dump Eric, find herself a toyboy and stop being so annoying.

Laurel to win the lottery

Laurel Thomas is in desperate need of cash.

At this point they could just have her find a suitcase full of old notes in her back bedroom and viewers would accept it.

Emmerdale fans cannot bear to watch her suffer through not being able to pay a bill, or buy her own house for a minute longer.

If Gabby can get £4m in an afternoon then Laurel can have a decent lottery win.

Farmers are very big business on the telly these days – ask Kelvin Fletcher.

He’s popped on a pair of wellies and now boom he’s a sheep farmer with a reality show.

And then there’s that massive family where the kids roam everywhere and let’s not forget Countryfile.

So with all that it’s a disgrace that serial adulterer, murderer and mother of a wanted fugitive Moira doesn’t have her own farming reality show.

They could call it The Yorkshire Murderess.