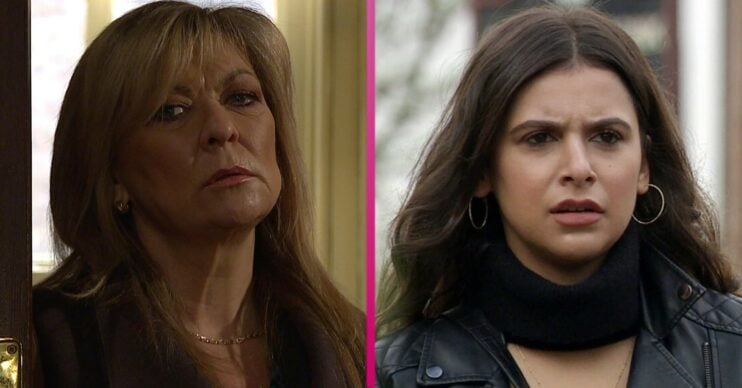 Emmerdale: 5 ways to fix the soap as it heads into its 50th year

It’s no secret Emmerdale isn’t in the strongest place at the moment.

But how to fix the soap?

Usually in Soapland serial killers over stay their welcome.

Look at Emmerdale’s own Lachlan White – he lasted a good six years longer than anyone wanted (ignore that he was only in it for five) but Meena’s different.

Leanna was a precocious nightmare who frankly deserved to be shoved over a bridge to her death, Andrea Tate wasn’t worthy of the surname and Ben Tucker was too stupid to live.

To get Emmerdale back to its best they need to kill the deadwood.

And why bother with a huge disaster when there’s a willing serial killer to do the dirty work.

Now if she could start with Sam Dingle…

Give Kim Tate a worthy enemy

She backed off after Kim faced her down and made it clear that no-one takes her on and lives to tell the tale.

And now it’s time to prove it.

For some reason they’re trying to make Kim a bit nicer but that’s the last thing the show needs.

There are developers wanting to destroy her village – it’s time for Kim to strap on her boots and get kicking them out.

By any means necessary.

Emmerdale isn’t actually overflowing with legendary characters waiting in the wings to return.

They shouldn’t have to wait that long for Andy Sugden, Adam Barton and Kathy Glover to drag themselves back to the village.

Even Tina Dingle is crying out for a comeback.

Chop down the Dingles

You know when you think at Christmas that it would be a great idea to let the kids make cards with some glitter – and before you know it your house is covered and you’ll never get rid?

It doesn’t matter how much you hoover, you’ll still be finding glitter three years later as you try to leave the house for a funeral without looking like you’ve decided to glam it up with some tinsel shavings.

Well that’s what the Dingles are to Emmerdale.

At one point a fabulous addition – now they’re popping up all over the shop and it’s really time to get the professionals in to get rid.

There are too many of them. They’re awful people. And if we never hear about their code again all the better.

Admittedly the show hasn’t been called Emmerdale Farm since about 1994 but that’s no excuse.

There are actual farmers on the show – so let them farm.

Anyone learning about farming now would think the entire farm system involves Moira Barton walking around with a box of meat, chucking it at Marlon Dingle and muttering about the weather.

Corrie has its humour, EastEnders has abject misery and Emmerdale has its farmland – so use it.

Or what’s the point?