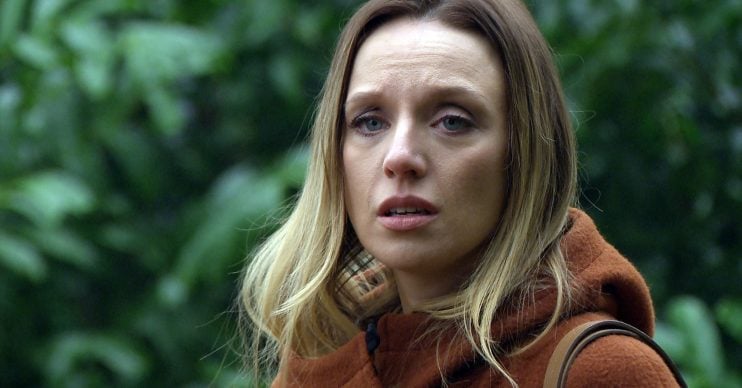 Andrea's stunned by the truth about Belle and Jamie

Emmerdale sees the reveal of Jamie and Belle’s affair next week, but will Andrea do anything about it?

Plus, there’s trouble for Leyla and Liam, Chas finds out the truth, and Charity has her heartbroken.

Here are the top spoilers for next week’s Emmerdale.

1. Jamie and Belle confess their love 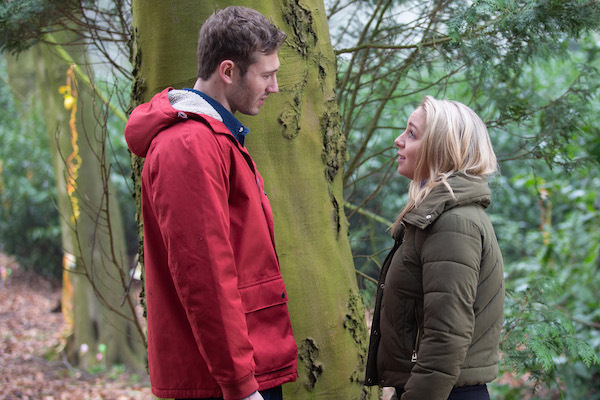 Jamie and Belle secretly plan to meet up, but Andrea squanders their plans when she asks Belle to babysit Millie.

Spending time with the little girl makes Belle feel guilty and she later urges Jamie to forget about them and make things work with Andrea. 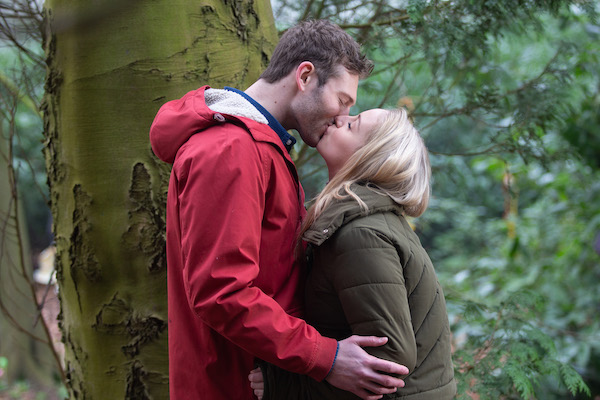 However, at the village Easter egg hunt, Jamie and Belle meet up behind a tree.

It’s clear they can’t resist each other and declare their love, before kissing.

But they’re unaware they’re being watched…

2. Andrea finds out the truth 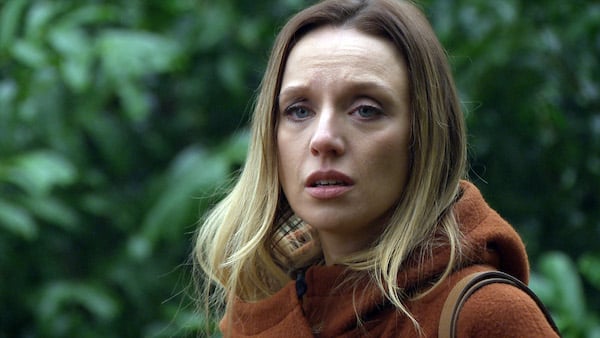 Andrea has heard everything between Belle and Jamie and is distraught.

She struggles to keep her cool with Jamie the next day. 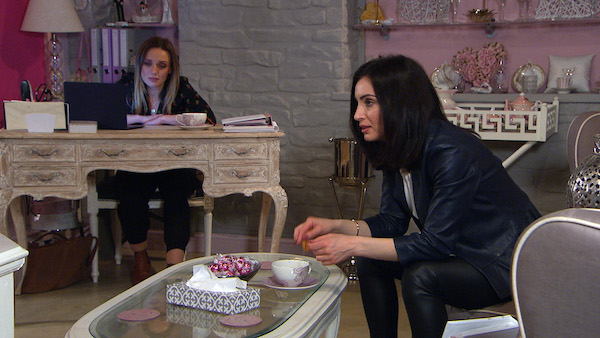 At Take A Vow Leyla vents about her relationship troubles, and Andrea can’t hold it in any more.

She breaks down and confesses Jamie’s cheating on her with Belle.

Leyla tells her to decide whether she wants to fight for her marriage.

3. Liam and Leyla on the rocks 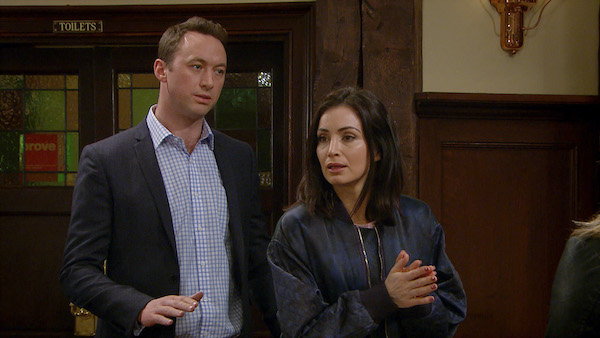 Liam is no closer to reconciling with Leanna, and she manages to cause another rift between her dad and Leyla.

Leyla is at a loss as to how to make her relationship work – is this the end for them?

4. Chas is shocked by news of Paddy 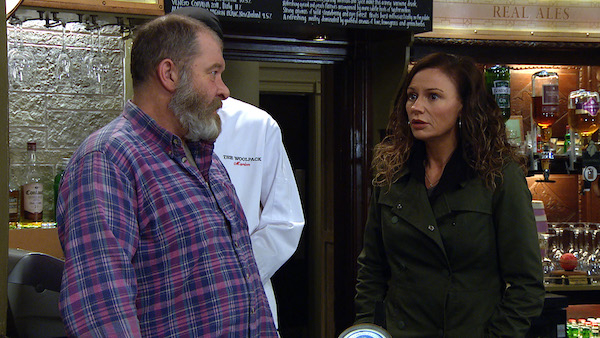 Chas has a lot on her plate when Moira tells her Cain is up to no good and asks her to keep any eye on him.

But the barmaid is later floored by more news when Bear, Aaron and Marlon reveal how much Paddy is struggling.

Having had no idea Paddy is battling anxiety, can Chas help him?

5. Dawn lets rip at Will 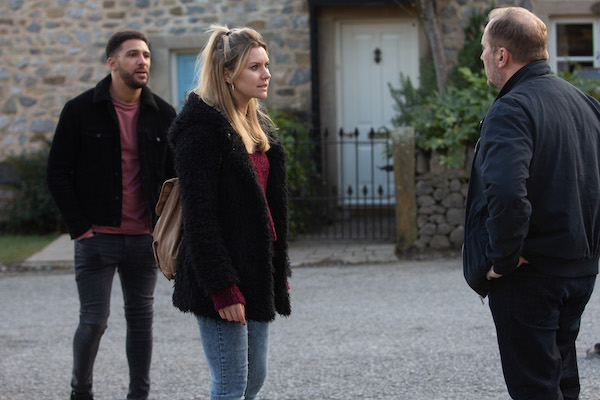 Dawn can’t believe it when Lucas’s foster parents accuse Will of threatening them.

She lays into her father, but Billy lets slip about the incident with Lucas and the gun. 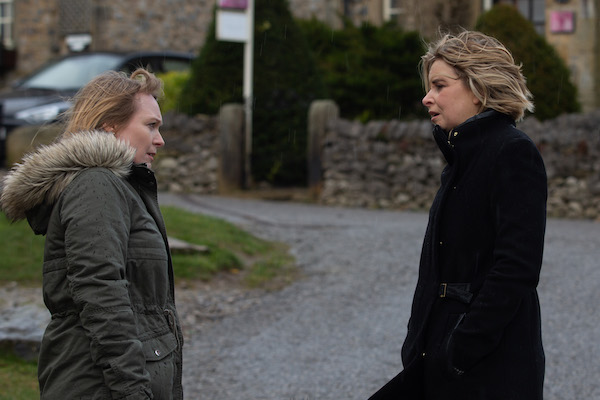 Vanessa asks Rhona to be Johnny’s guardian if she dies.

It leaves Charity utterly heartbroken when she finds out Vanessa’s decision. 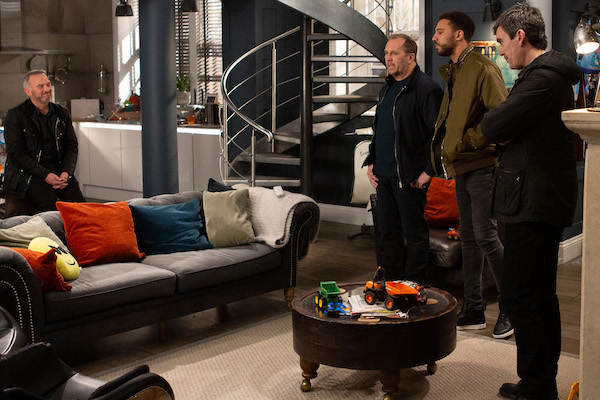 DI Malone tells Will, Billy and Cain of a dangerous new job and they all feel apprehensive about it. 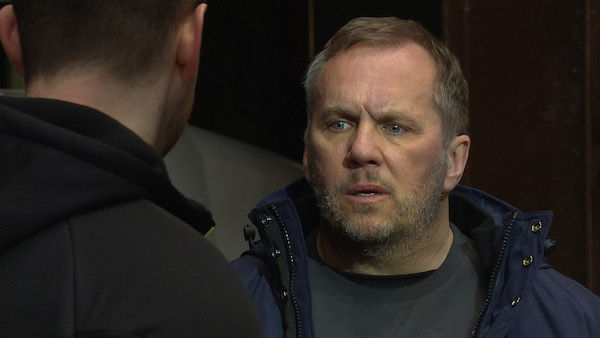 Will is later completely thrown to find he’s doing the job alone, and is shocked when he sees the scale of the drugs order he has to courier.

But when he finds out Billy and Cain are being used as decoys, he tries to warn them.

Will they get caught?

What storyline are you looking forward to in next week’s Emmerdale? Leave us a comment on our Facebook page @EntertainmentDailyFix and let us know what you think of this story.