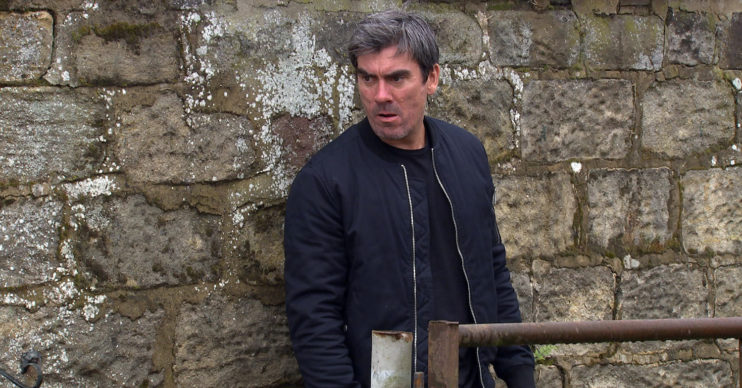 Emmerdale vicar Harriet Finch can’t keep her guilty secret a moment longer and confesses her affair to Moira next week.

But is she putting her friend in mortal danger?

Meanwhile, Jamie gets a lead about Andrea, and Leanna and Jacob play matchmaker. 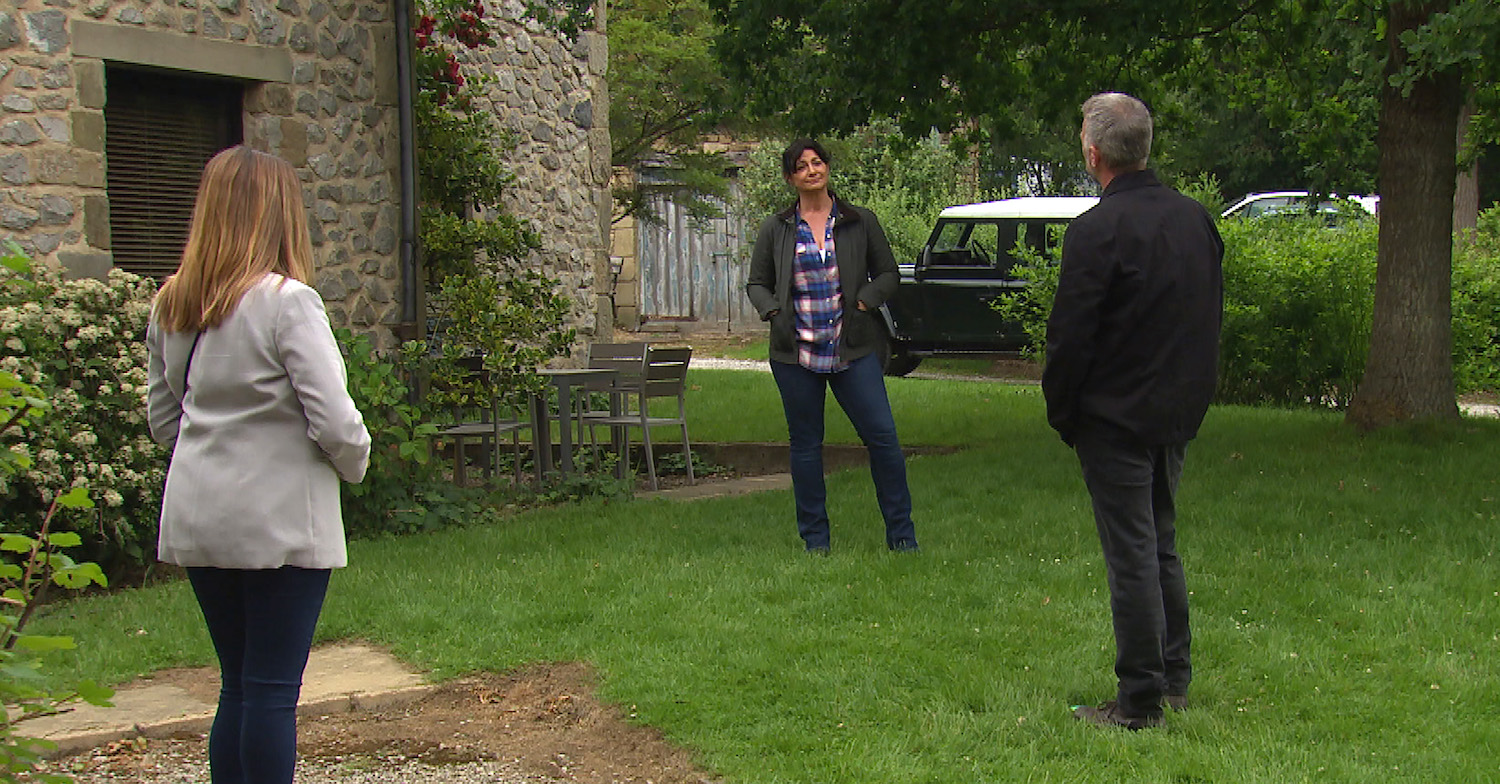 Harriet prays to God for forgiveness over her affair, but she can’t resist temptation when Malone turns up again.

Moira interrupts them, however, just as they’re about to kiss…

Harriet can’t lie and confesses she and Malone are having an affair and she also reveals Cain and Malone’s dodgy dealings. 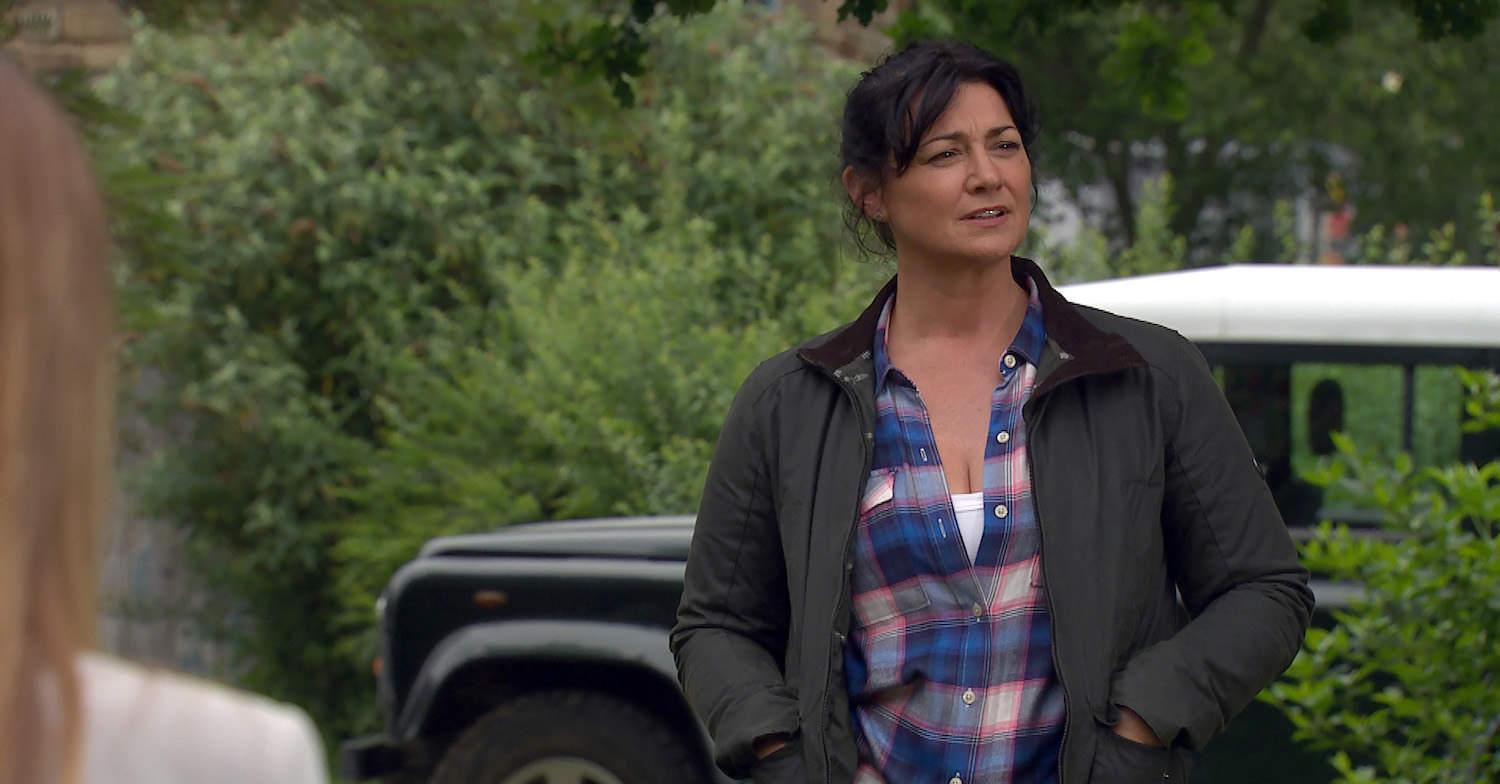 Moira is stunned by both revelations. Is she now in danger too? 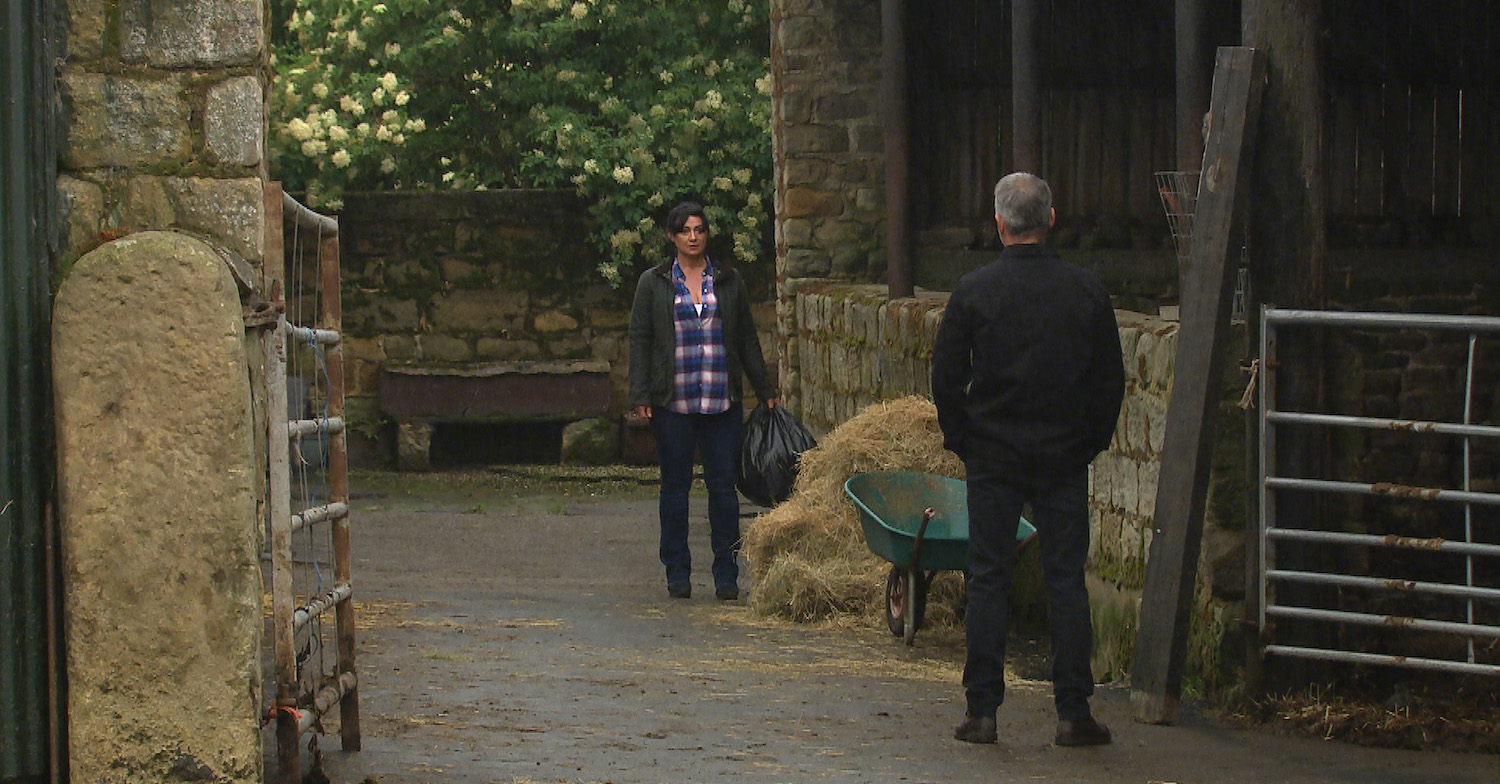 After Cain confronts Malone over his return, Malone says he has a new interest in the village. Cain assumes it’s Moira and is fuming.

Later, Malone breaks in at the farm and threatens Moira to keep quiet about his affair. 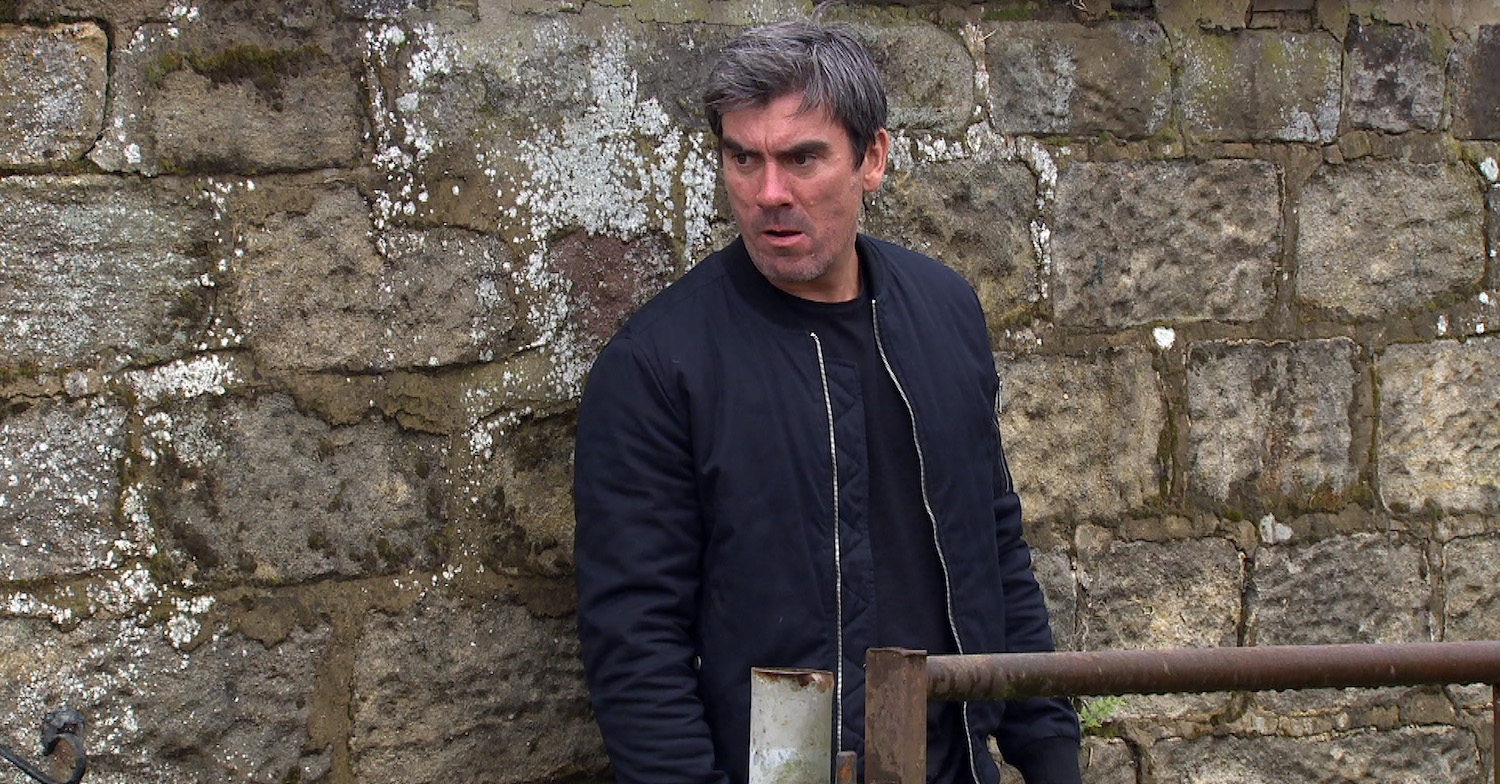 An angry Cain is watching from afar. He’s convinced Moira and Malone are having an affair.

What will he do about it?

3. Cain gets horrifying news about Moira 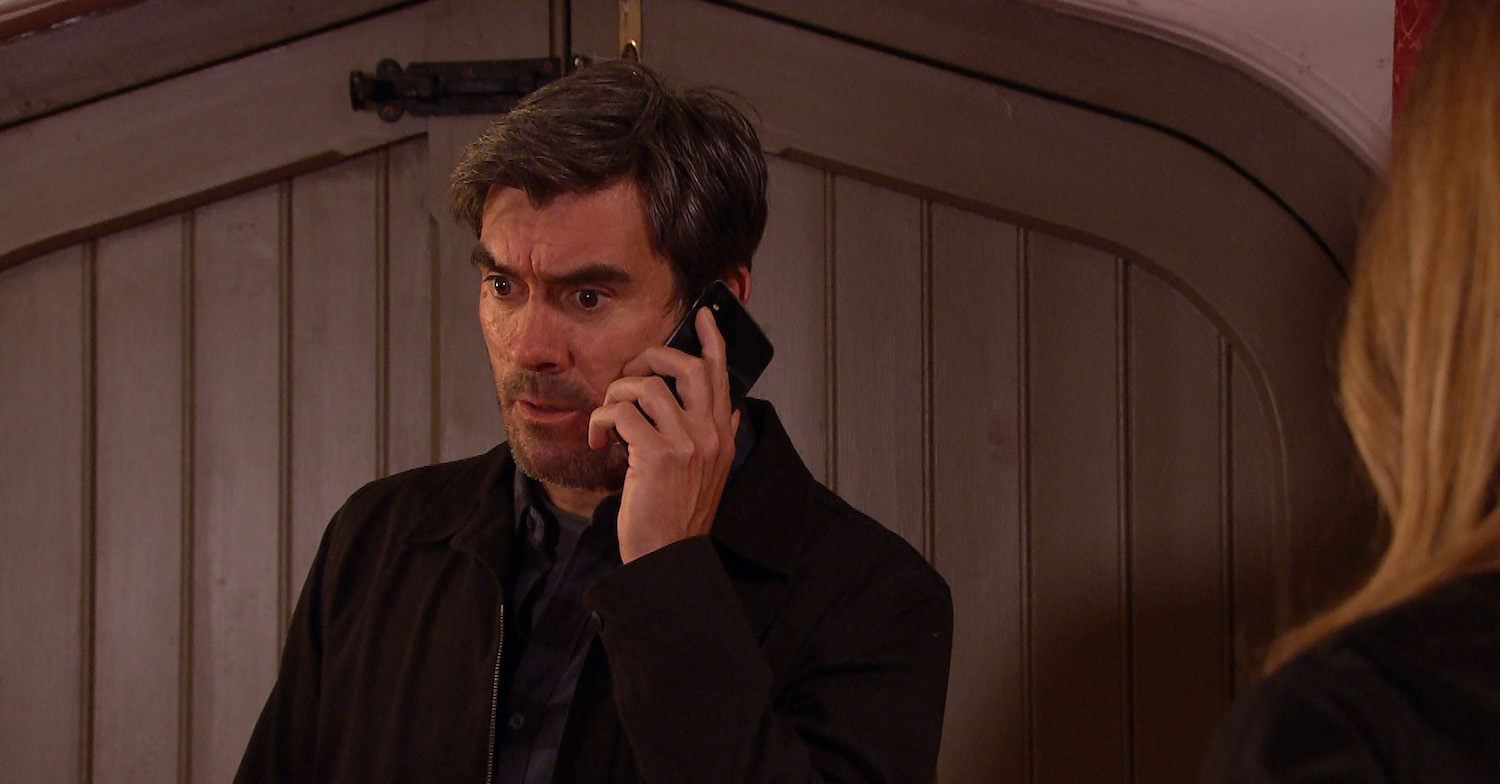 Cain is shocked when he gets a phone call while he’s with Harriet.

He’s told Moira has been the victim of a hit and run. Has Malone taken his threats to the next level? 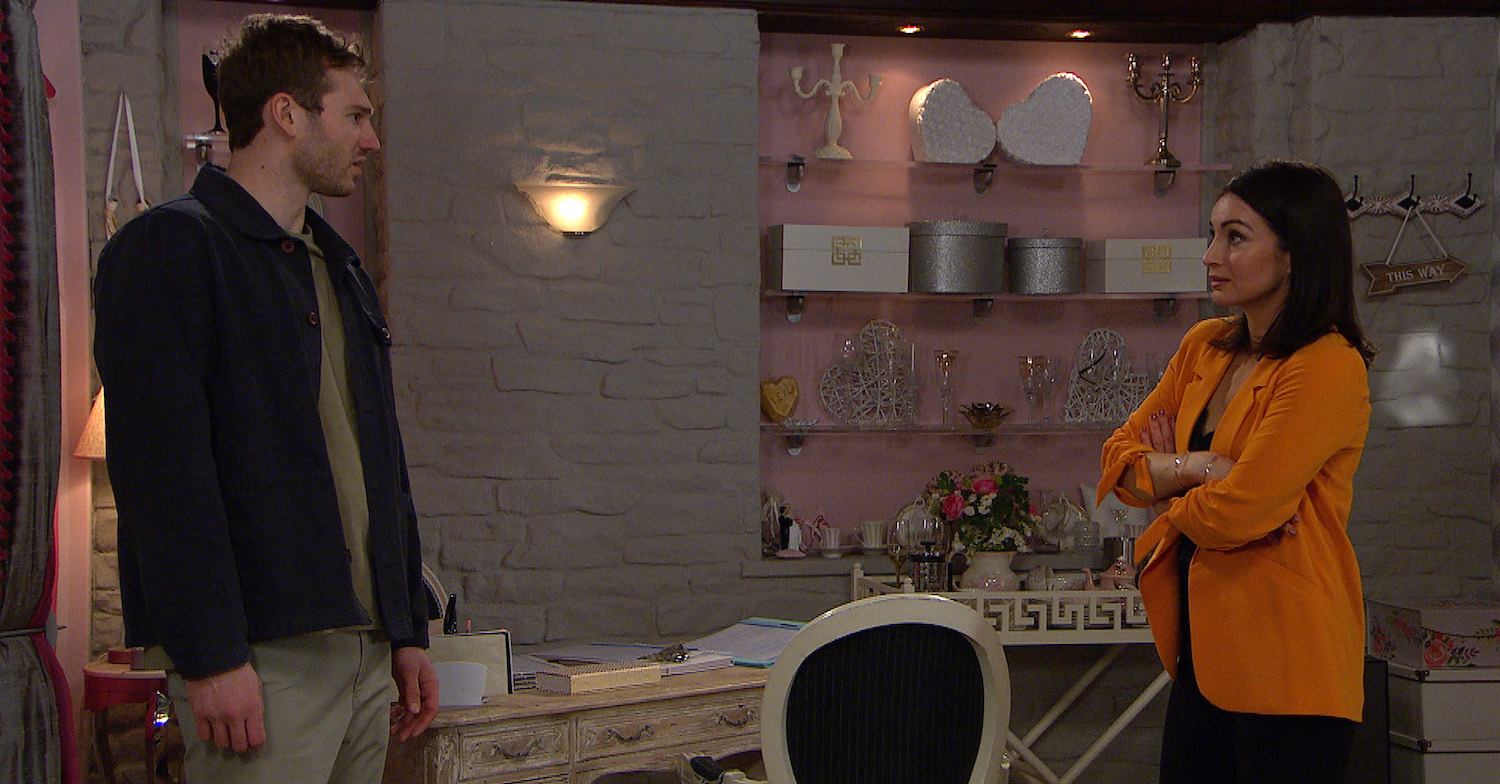 But Millie’s drawing reveals Leyla’s involvement in their original disappearance and Jamie is angry.

He visits Leyla, who claims to have no idea where Andrea is. 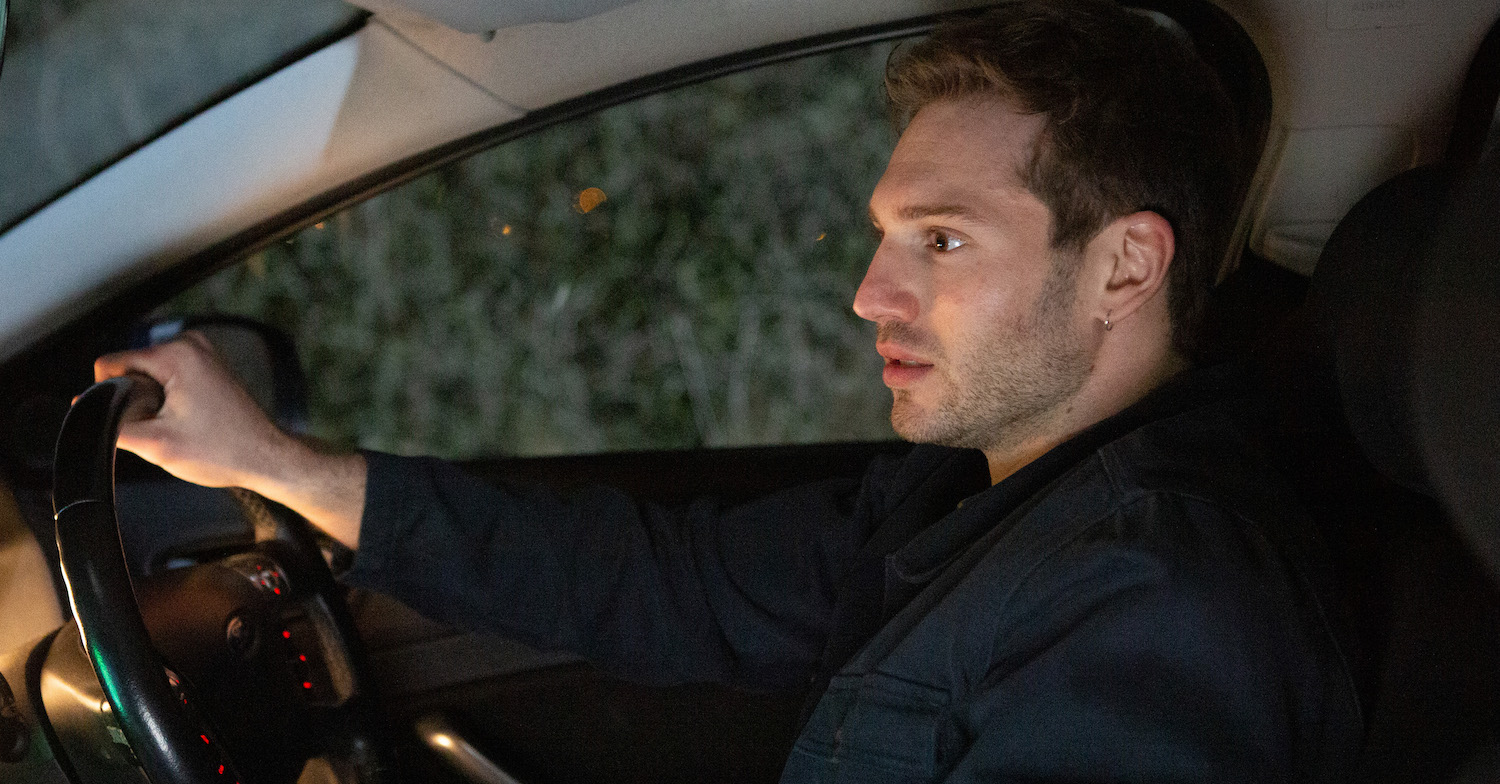 Jamie is concerned Andrea has done something stupid. However, an anonymous call gives him a clue as to where she might be.

He heads out to find her, but will he live to regret his journey? 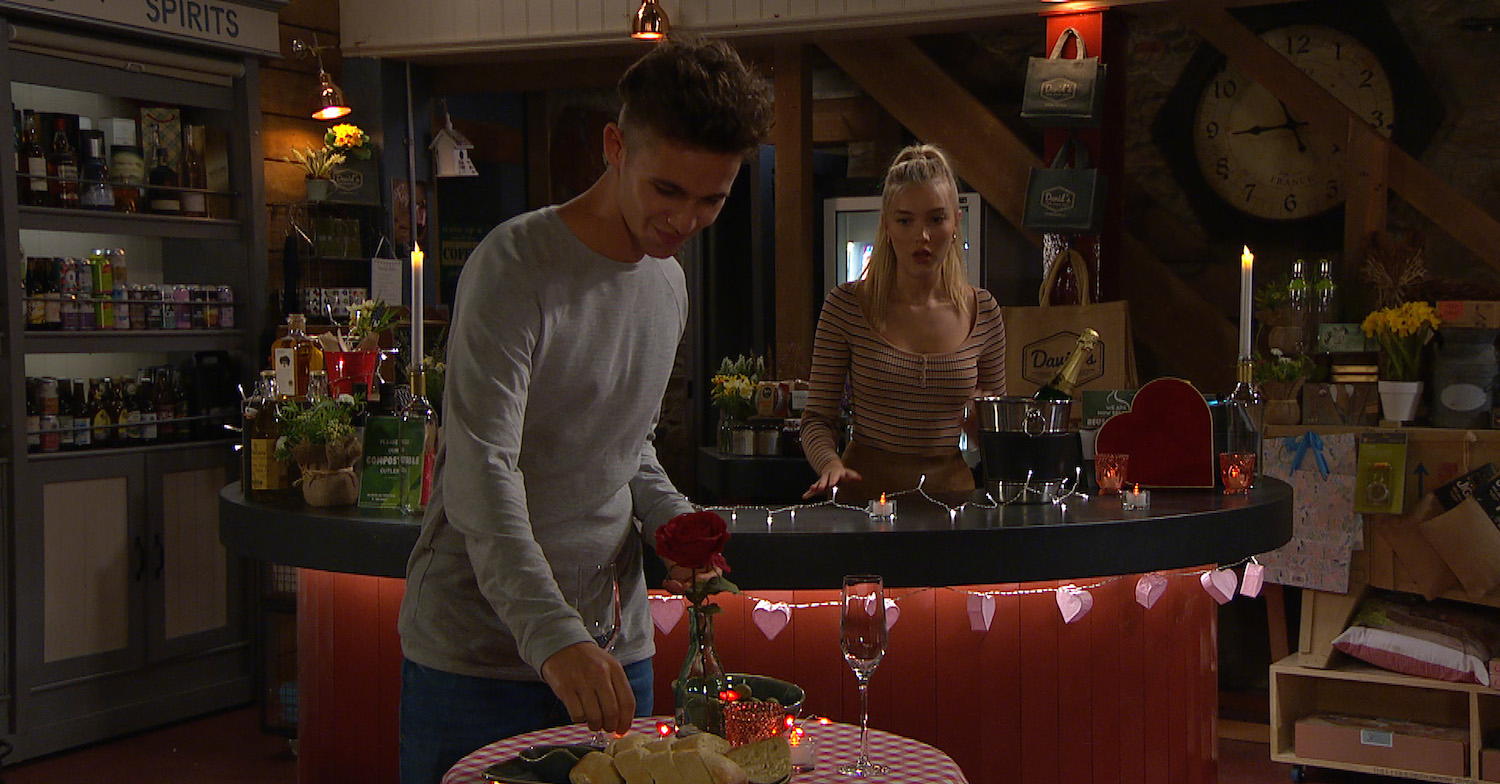 Jacob and Leanna agree to be exclusive.

But Leanna feels guilty about her dad being lonely.

Jacob and Leanna hatch a plan to get their parents back together. 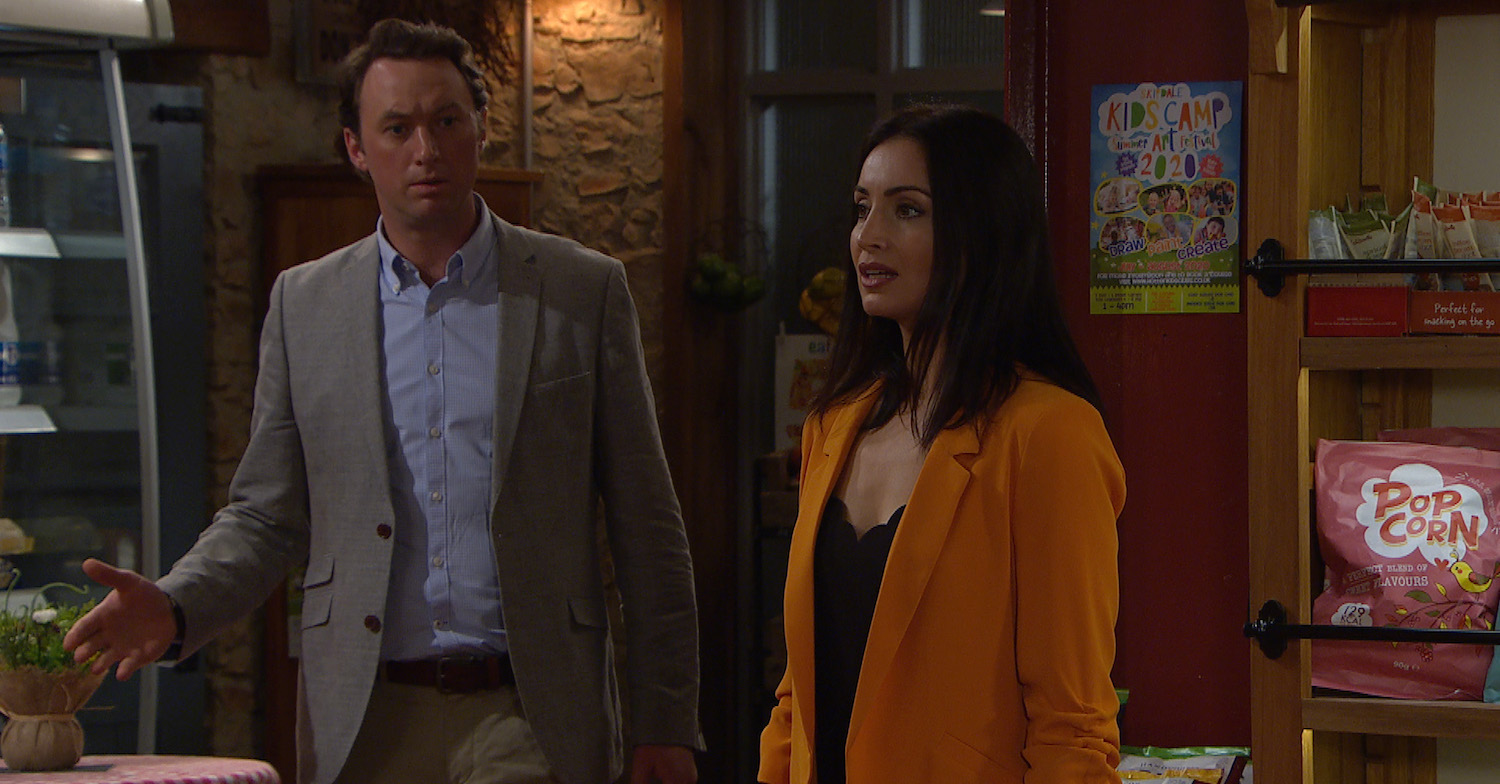 Liam and Leyla arrive at David’s to find a romantic table set for two.

Will they put their differences aside and reunite? 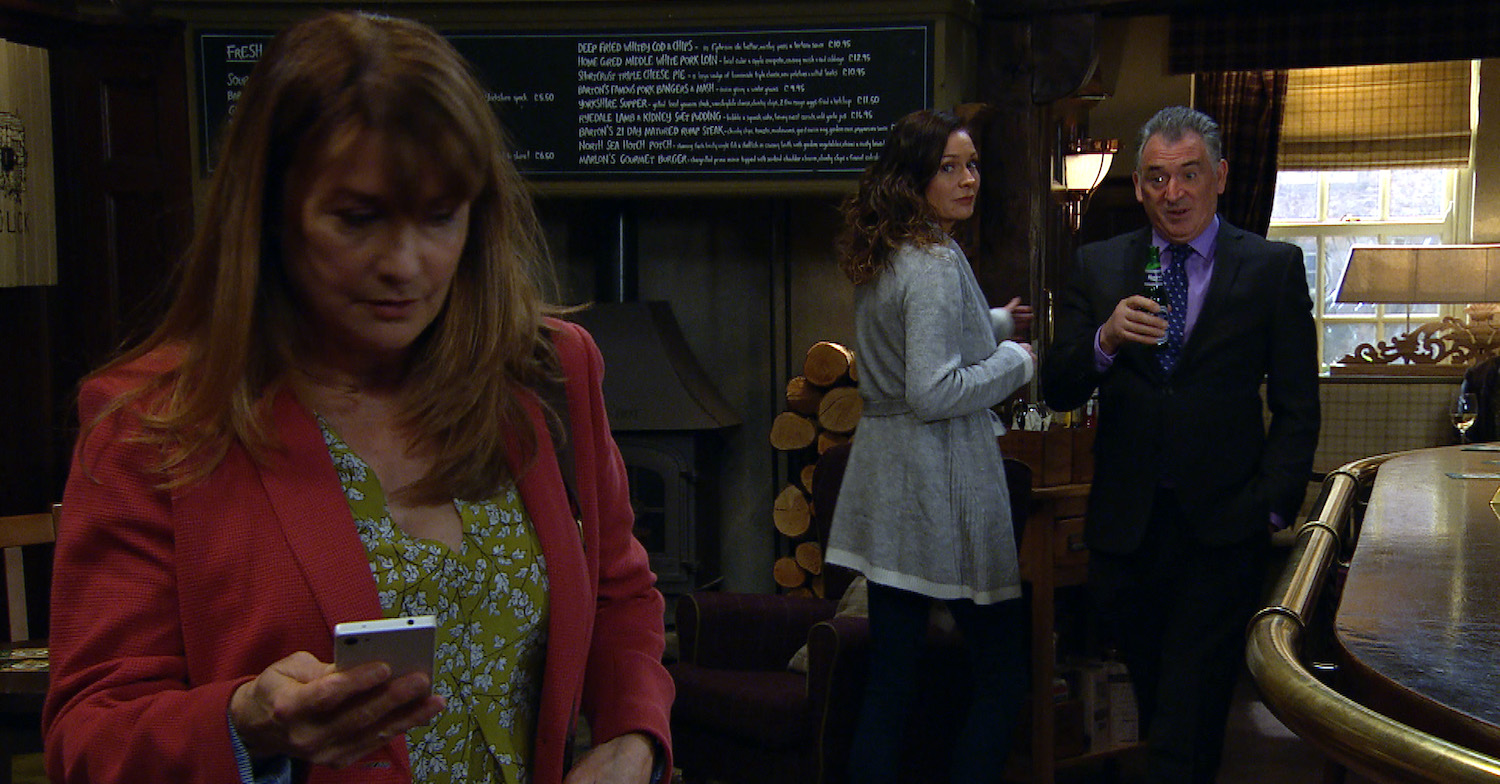 Wendy is on a date with Bob, but he’s worried as she’s constantly distracted by her phone. He thinks she’s exchanging messages with Rodney.

Chas gives Bob some really bad advice to play Wendy at her own game and encourages Bob to apply for a dating site.

Is Bob about to make another huge mistake?