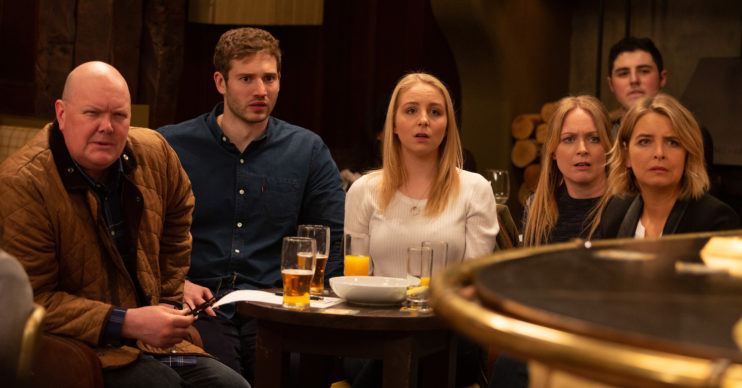 Jamie and Belle are exposed

Meanwhile, Moira and Rhona are already at odds in their new business venture, and Amelia has anger issues.

Andrea plans to expose Jamie and Belle’s affair at the pub quiz. 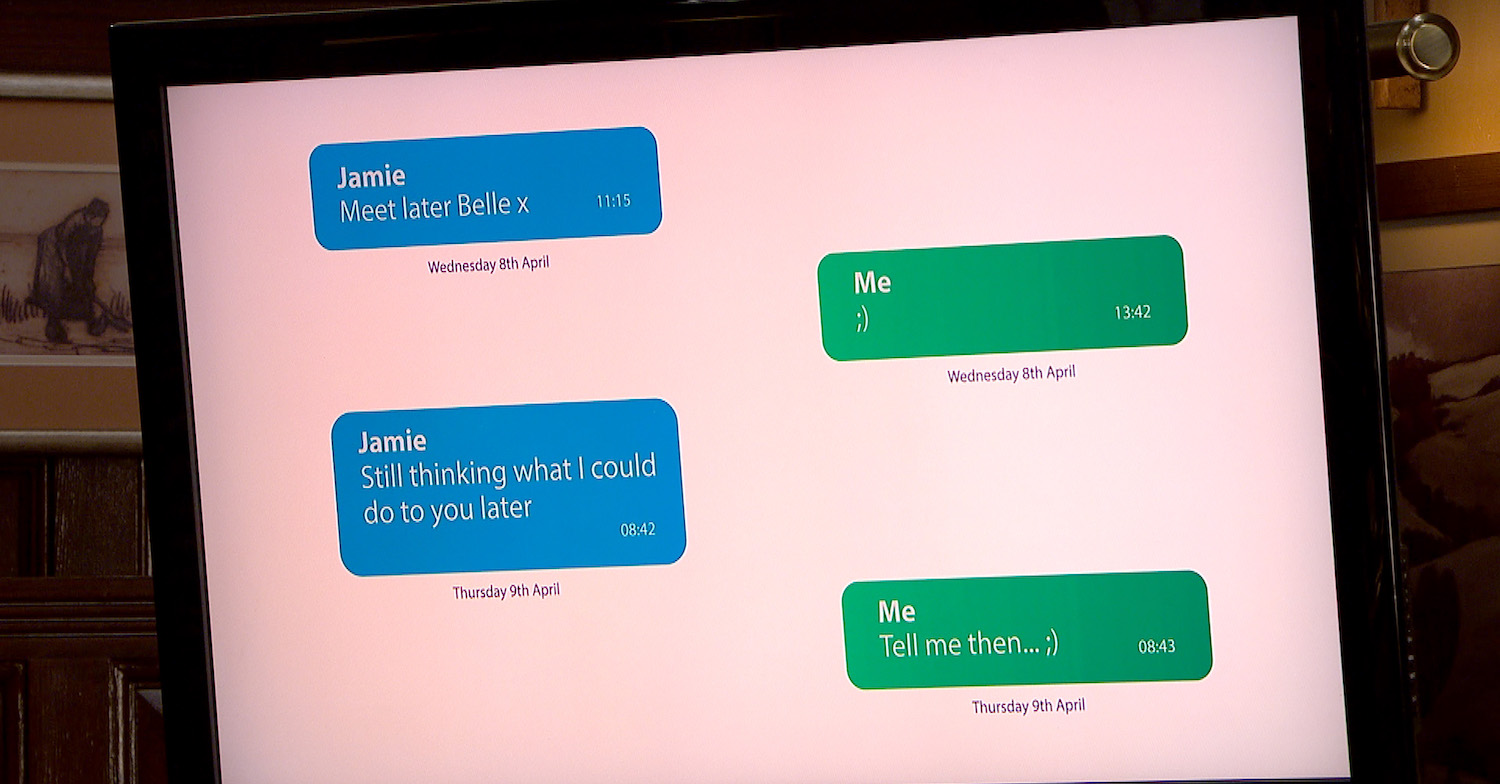 The secret texts between Jamie and Belle are exposed to the Woolpack, leaving the couple horrified.

They have some serious explaining to do. 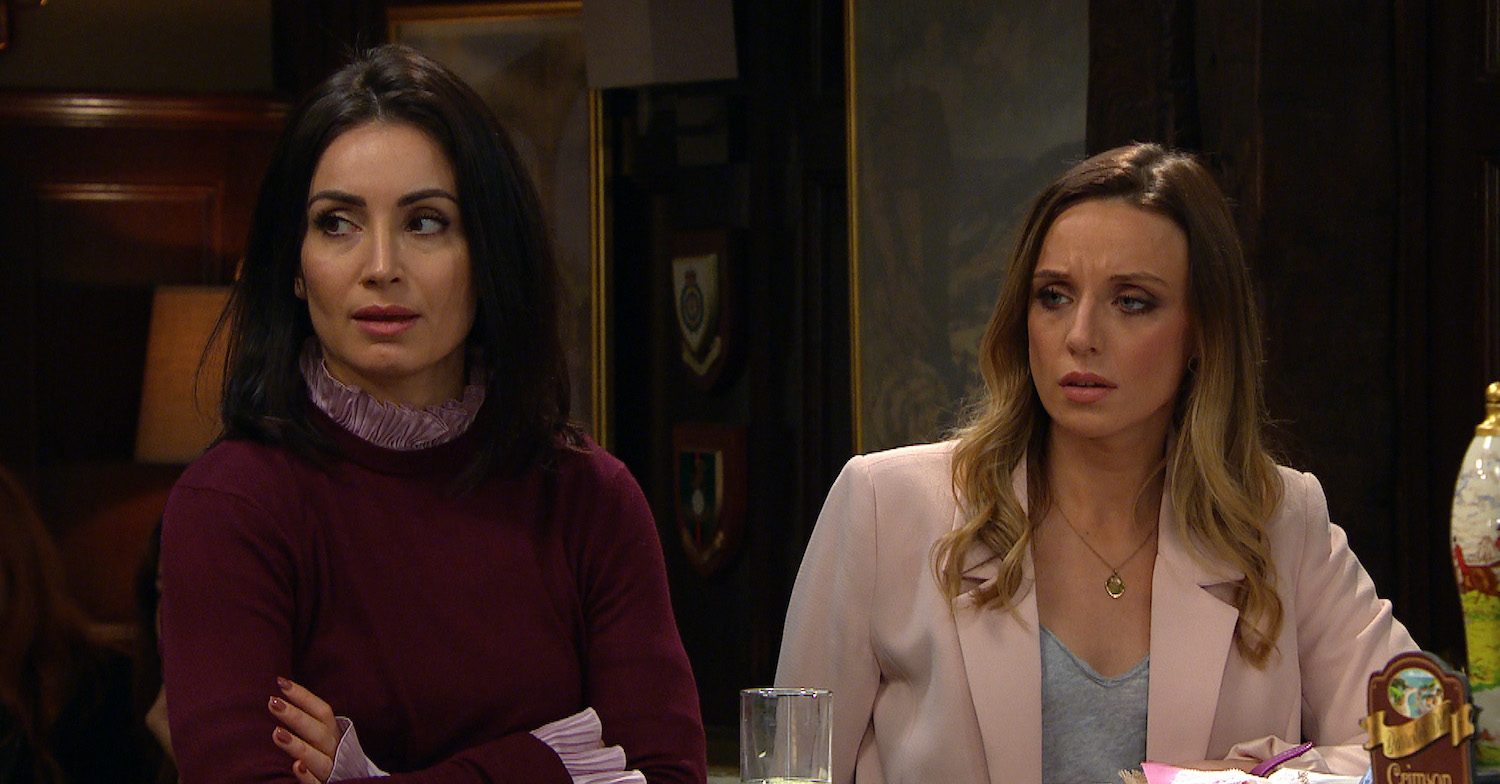 Andrea pretends this is the first she knows of the affair.

She runs out looking absolutely heartbroken. 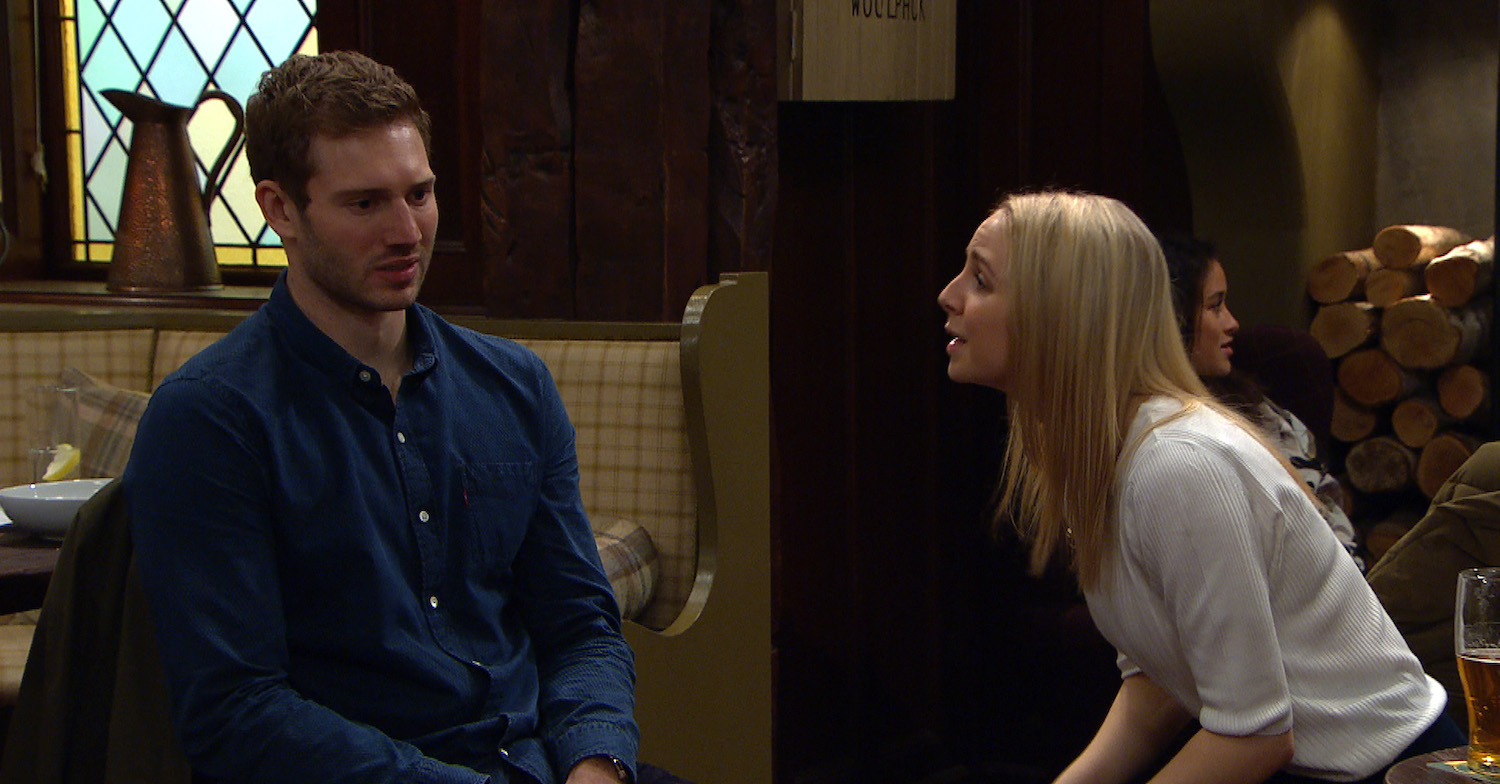 She protests she had nothing to do with it, but he doesn’t believe her. 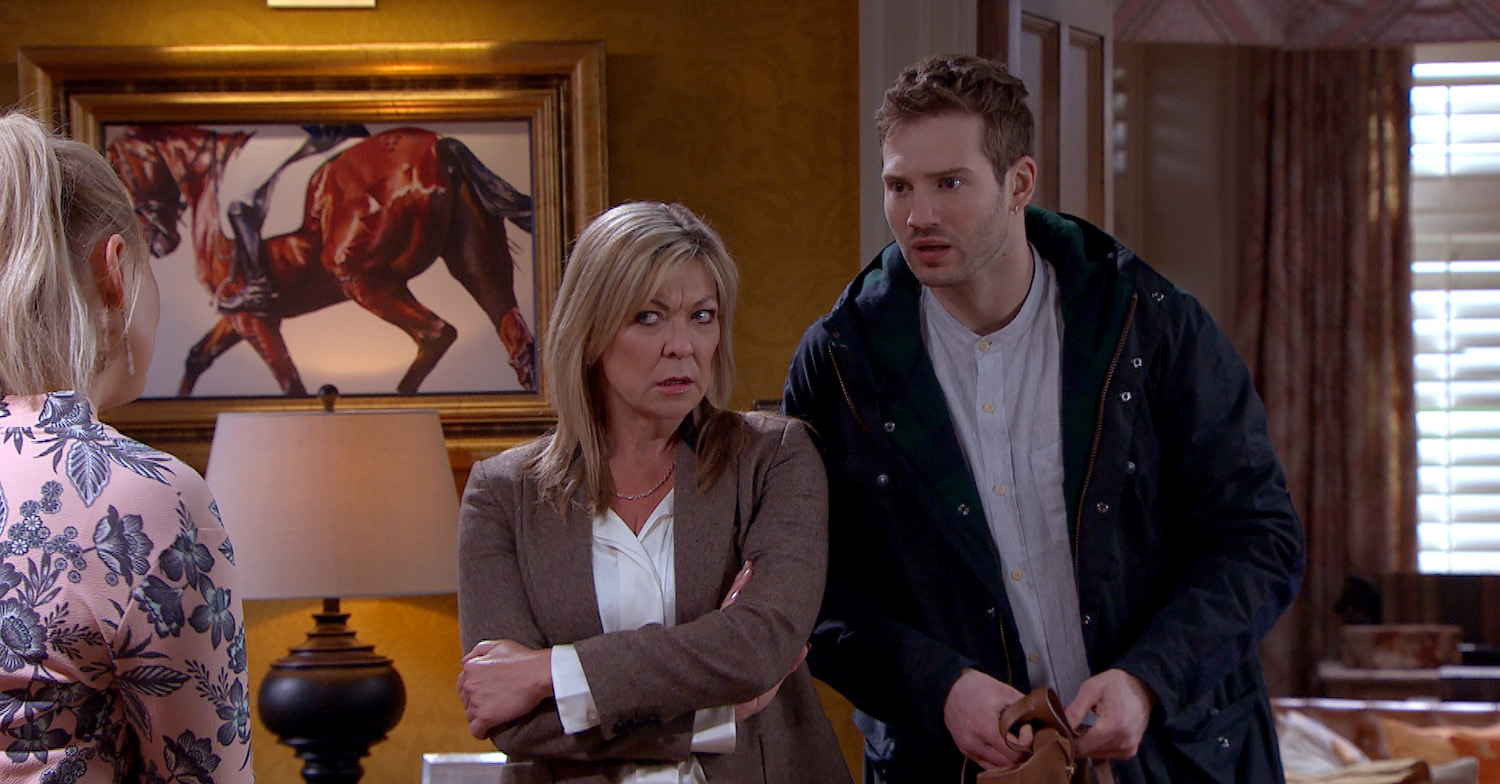 Jamie panics when Andrea and Millie disappear. Kim tries to calm him down, but they soon get more bad news…

Kim and Jamie are both very concerned. What has happened to Andrea? 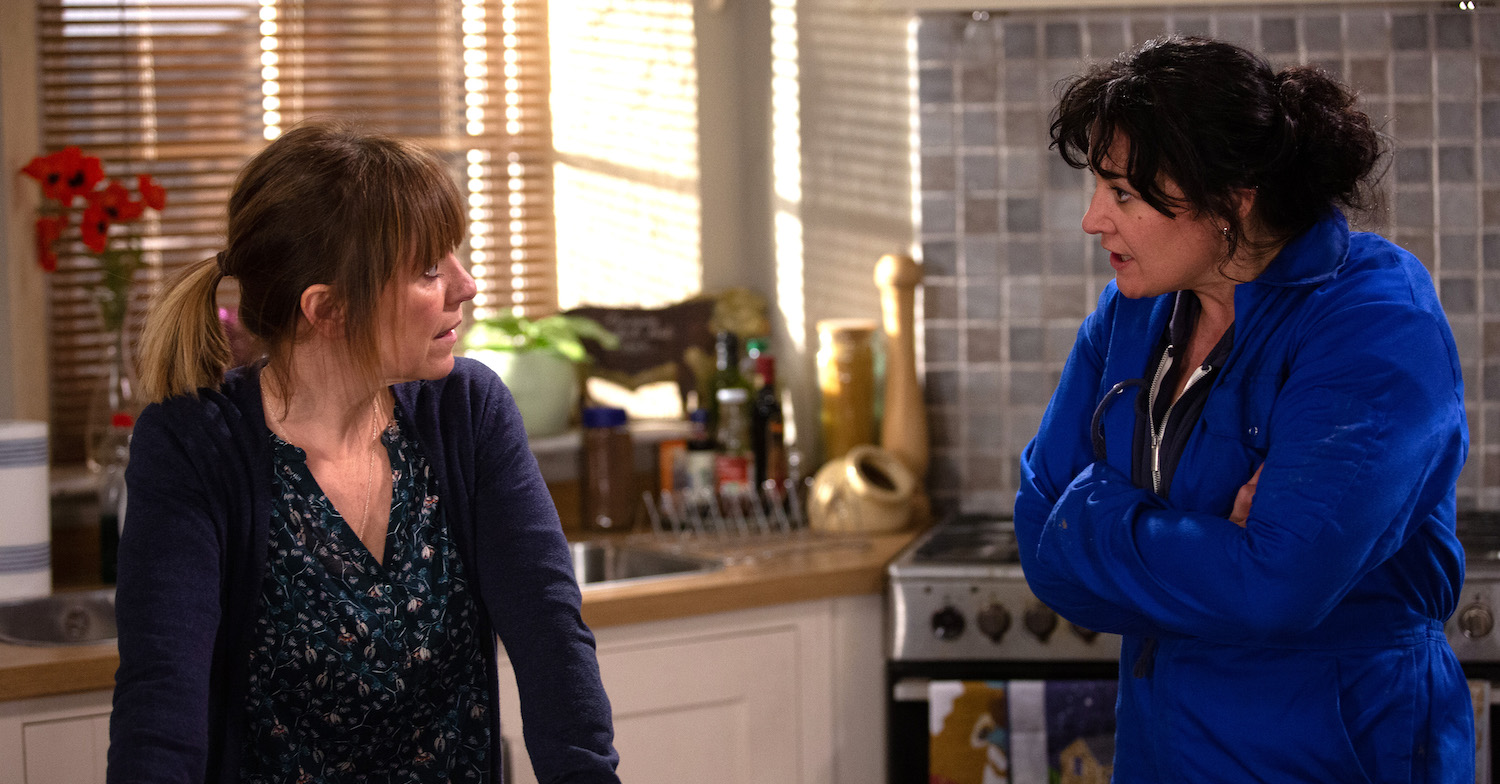 Rhona and Moira are at loggerheads over a potential business deal.

Moira insists the order is impossible to fill, but Rhona is hurt she hasn’t been listened to. Kim wins the deal for Nate instead, but he is concerned it’s too much to handle.

He suggests to Rhona they secretly split the deal in half and Rhona agrees.

Moira’s happy Rhona has found a way to win the deal, but she has no idea she’s now in bed with Nate…

Rishi is horrified to receive what he thinks is a love letter from Wendy. He shows it to Bob, but neither knows Bob was actually the intended recipient.

Manpreet encourages Wendy to talk to Bob about the letter.

She tries, but he denies he has any feelings for her and believing her to be in love with Rishi, issues her some harsh words.

Tearful Wendy is devastated he could be so cruel. Has Bob blown it? 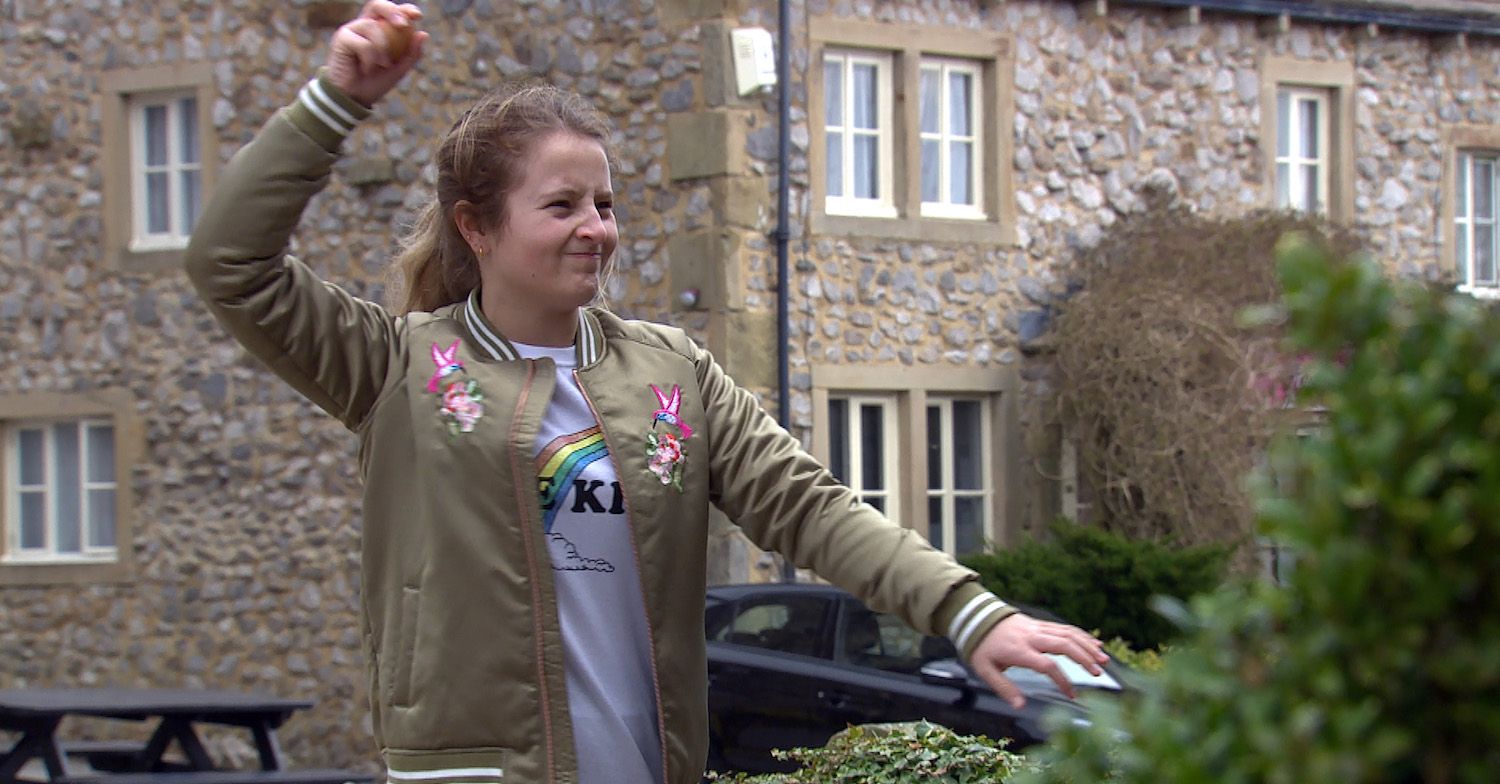 Amelia is still hurting over what’s happened to Dan and she wants revenge on Brenda, so eggs the cafe.

Brenda wants an apology after the damage. However, Amelia insists she is innocent and Kerry defends her. Later, Kerry finds Amelia in the church and overhears her confessing to God she did egg Brenda’s windows.

Kerry is upset to hear how much pain Amelia is in. Will she find a way to help?