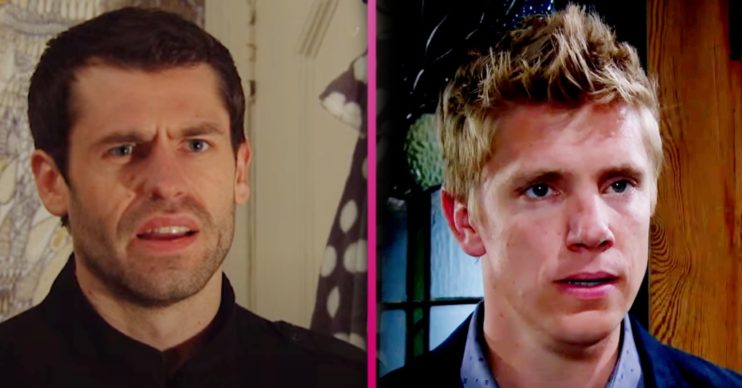 There are very few Sugdens left in the village

Emmerdale fans want the Sugden family to be rebuilt as very few members are left in the village.

When the soap first launched as Emmerdale Farm, its focus was on the farm and the Sugden family, with legendary matriarch Annie Sugden being in the very first episode.

Throughout the years, Sugden characters such as Andy, Robert, Victoria, Jack and Joe have become well loved.

But currently there are very few Sugdens on screen.

At the moment, in the village the only remaining Sugdens are Jack’s third wife Diane, Jack’s daughter Victoria, Andy’s daughter Sarah Jr and Victoria’s baby Harry.

However viewers want the famous family rebuilt and especially want Andy and Robert to come back.

Emmerdale: What happened to the Sugdens?

Unfortunately over the years, many of the Sugdens have died or left the village.

This left their three children Andy, Victoria and Robert.

Currently Andy is on the run from the law and fled the village in 2016. Meanwhile Robert is currently serving a life sentence with a minimum of 14 years for murdering Victoria’s rapist, Lee Posner.

Will Robert and Andy ever return to Emmerdale?

Recently Andy actor Kelvin Fletcher ruled out returning to the soap after being spotted on the set.

Meanwhile the most recent Robert actor, Ryan Hawley quit the show last year. Unfortunately it’s unlikely for Robert to come back to the village any time soon given his prison sentence.

But anything can happen in soapland.

Would you like to see andy and Robert return? Leave us a comment on our Facebook page @EntertainmentDailyFix and let us know what you think of this story.