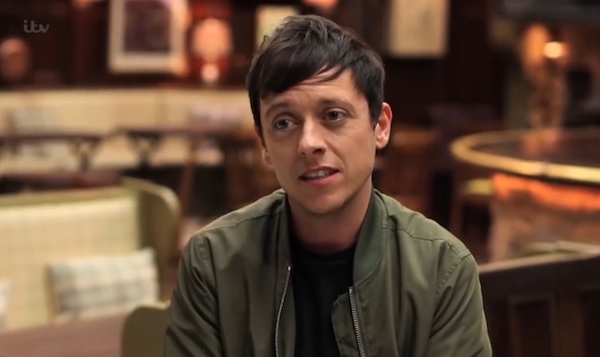 Fans have had enough of the character

Fans of Emmerdale appear to have had enough of Matty Barton.

Shop assistant Matty has become embroiled in a toxic masculinity plot with two members of an opposing village football team, and his behaviour has left fans sickened.

They have even nicknamed him ‘Pratty’ over his obnoxious attitude, but his recent comments to friend Victoria Sugden after her rape ordeal have seen fans wanting him axed.

The rape survivor had tried repeatedly to talk to Matty to tell him her plans to move away from the village so her rapist wouldn’t be able to find her anymore.

But trying to show off in front of his new mates, Matty brushed her off and told her to stop “clinging” to him.

Writing on a Digital Spy forum thread, one user said: “His treatment of Victoria, who should be the victim not him, is just horrible and has been from the start of the storyline.

“How he didn’t realise something was wrong can only be explained by his total obsession with himself.

“She has been consistently there for him all through his problems and he does this, can’t get much more nasty than that.”

A second added: “He really is a disgusting character.

“Nothing takes precedence over his own struggles, ever. Vic could probably tell him she had only a day to live and he’d still find something of his own to whine about.”

A third said: “Pratty is just a horrible character. Comes across as desperately immature and selfish, and gets far too much screen time for my liking.”

Read more: Emmerdale’s Amy Walsh terrified Tracy will be killed in the fire

Another said: “He needs a punch from Cain and to get locked in the car boot for a week as Cain loses the key.”

Matty’s toxic masculinity storyline is set to be explored over the coming weeks, so there is more of his questionable behaviour to come.

What do you think of Matty’s behaviour? Is it time for him to be axed? Leave us a comment on our Facebook page @EntertainmentDailyFix and let us know what you think!