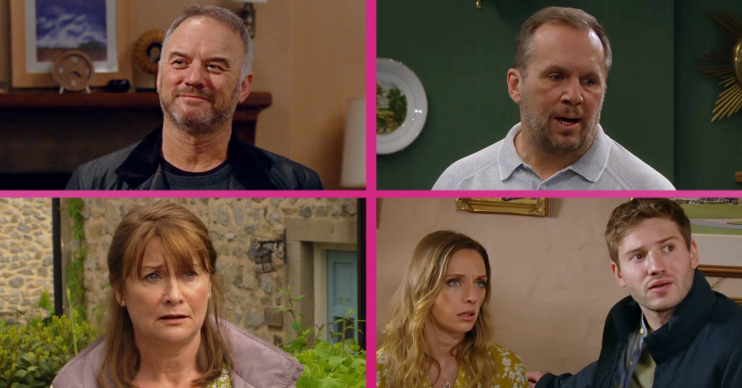 Someone will be killed off soon...

Emmerdale fans think they have worked out who will be the one to be killed in the soap’s ‘social distance’ murder.

In a recent Sky News interview John Whiston, who is the Managing Director of Continuing Drama and Head of ITV North, revealed there is going to be a murder in the Dales “quite soon”.

Hearing the news, fans have already started to come up with their theories on who will killed.

Some fans have come to the conclusion that dodgy Detective Inspector Malone will be killed off.

For months he has been terrorising Will Taylor, Cain Dingle and Billy Fletcher.

Will one of them be pushed too far and end up killing the corrupt copper?

With Will getting on the wrong side of DI Malone, could he find himself being killed off?

Hope @emmerdale don't kill off Harriet😠 as we are just getting to see her more on the screen😭 A big surprise would be if they killed of Moria?!!

Currently Jamie is in the middle of a love triangle with his wife Andrea and girlfriend Belle.

After Andrea found out about Jamie and Belle’s affair she fled the village. But could the love triangle end in a deadly murder?

Another fan has predicted that Andrea could be killed off. The last viewers saw of her, she had gone to a hotel room with her and Jamie’s daughter Millie.

Will she meet her end in a social distance murder?

Who is the murder plot gonna be then? Thoughts?
My prediction is Jamie’s wife! #emmerdale

Another theory is that Wendy Posner will be killed. Although Wendy isn’t involved in a huge storyline at the moment, she hasn’t been the most-loved member of the village.

For a while, she harassed Victoria Sugden, accusing her of lying about being raped by her son Lee.

Eventually Wendy started to believe Victoria and the pair have been on good terms. But could there still be someone in the village that wants her gone for good?

A Wendy murder SL would be awesome #emmerdale @emmerdale

What do you think of these theories?

Who do you think will be killed off? Leave us a comment on our Facebook page @EntertainmentDailyFix and let us know what you think!