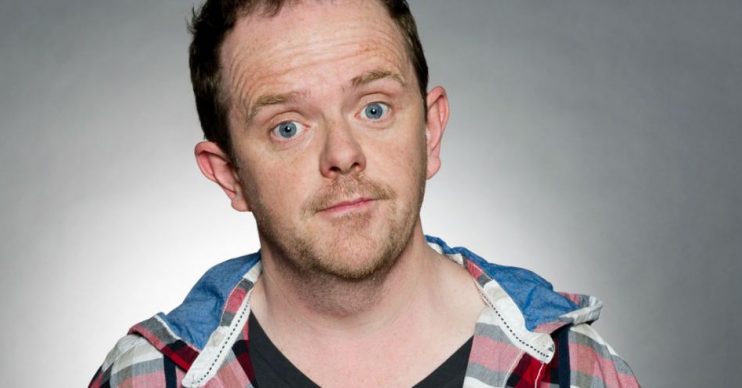 Emmerdale fans who switched over to Channel 4 for a slice of Great British Bake Off last night were shocked to see ‘Dan Spencer’ on the show.

On Tuesday (August 27), the hugely popular baking show returned and, as well as the hosts and judges, there seemed to be another familiar face in the famous tent!

While some remarked on the soap star’s doppelgänger, others thought Phil was Dan’s dad!

However, 56-year-old father-of-two Phil is an HGV driver from Essex who spends almost every day after his morning shift baking for his family.

Luckily Phil survived the first bake off, but not before dozens of fans pointed out his celeb lookalike.

Another said: “When Phil’s not making cakes, he is Dan from Emmerdale.”

Nice of @emmerdale to let Dan/Phil have the summer off for #GBBO pic.twitter.com/aCtRjYXSuQ

So good to see Dan from Emmerdale branching out on the Great British Bake Off! @Channel4GBBO #GBBO @emmerdale pic.twitter.com/EBKZtZnlKd

When Phil's not making cakes he is Dan from Emmerdale…#GBBO pic.twitter.com/Z2DQL6MeOR

Jamie is my favourite and Phil looks like an older Dan-of-Emmerdale. You don’t need to worry about actual GBBO Dan because you won’t see him again till the final, by which time you’ll struggle to remember anyone’s name apart from the final 4 or 5.

“Blimmin’ eck! What’s Dan off Emmerdale doing on the Great British Bake Off?” said one more joker, while one more asked: “Am I the only one who thought Phil was Dan from Emmerdale for a moment?”

Nope, definitely not the only one!

Phil, no relation to actor Liam Fox whatsoever, only started baking six years ago and didn’t need any encouragement to apply for the series.

He said: “Seeing as I had already applied for the last three previous years, I didn’t need any encouragement to apply again, as soon as it was announced I started the long application form.

“I first got the baking bug in my last year of secondary school in 1977,” he explained. “I was extremely happy bringing home freshly baked bread to share with my family, then it all went quiet until GBBO started.

“I didn’t take much notice at first but, as the series continued, it caught my attention and I was hooked again.”

Do you see the resemblance between Phil and Dan? Leave us a comment on our Facebook page @EntertainmentDailyFix and let us know what you think!