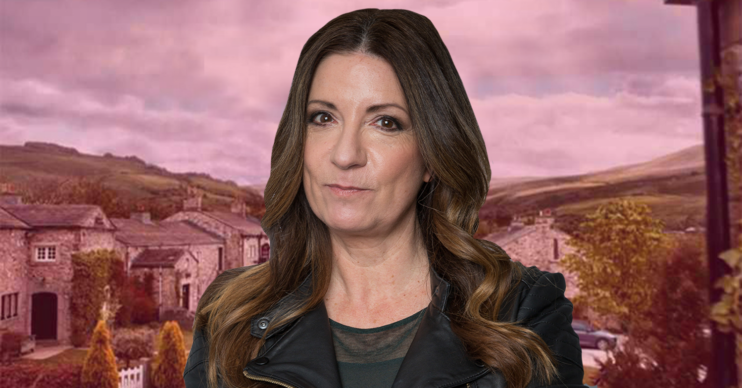 Harriet has been cheating on her fiancé Will

Currently Harriet is engaged to former criminal Will Taylor, who she once put behind bars. But her heart’s not really in it, especially after Will became involved in Malone’s dodgy dealings.

After Harriet discovered the truth about what they were up to, she warned Malone to keep away.

Read More: Who runs over Moira in Emmerdale? Meet the suspects

But things took a turn when it was revealed Malone and Harriet have a past. The two quickly began having an affair.

Despite Harriet’s best intentions to stop it the affair has continued.

However viewers aren’t impressed with the vicar’s behaviour calling the storyline ‘awful’.

Writing on a Digital Spy forum, one fan wrote: “I know 99 per cent of the residents of Emmerdale can’t keep their knickers on whether they’re currently partnered up or not but honestly as a vicar isn’t Harriet really outdoing all the other cheating sexed up villagers?

“She is even repeating her naughty moves in the sacristy. I seem to remember Emma interrupting her and Cain getting it on in there and now she is doing it with the Detective Inspector and being interrupted by the daughter of her live-in lover.”

One wrote: “Another rubbish strand in this God-awful storyline.”

A second said: “Some vicar she is! I used to like her but Harriet as a vicar is just a joke now. The writing for her is dreadful and the storyline with Malone, or whatever his name is, just keeps getting worse.”

Another commented: “So unrealistic. Getting fed up with Harriet and her sordid sex life. Why doesn’t she act like a proper vicar? Even when she’s not [bleep] around she’s not exactly a nice person.

“She called Will pathetic just because he has anxiety issues. Not exactly a vicary person. She’s horrible!”

What’s next for Harriet?

In next week’s Emmerdale, Harriet ends up confessing to Moira about her affair with Malone.

Malone warns Moira to keep quiet, but later she ends up being involved in a hit and run. Will she be okay?