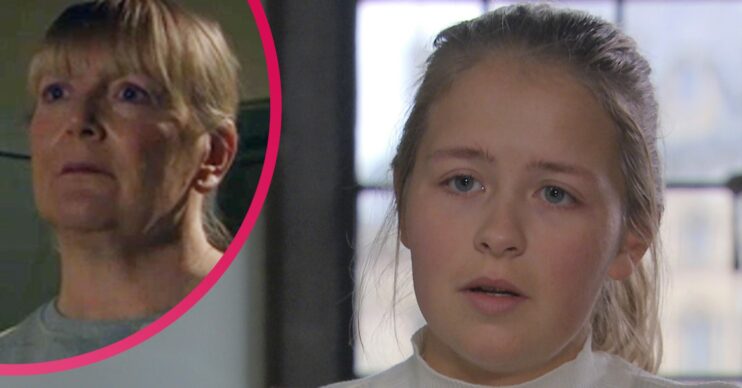 Emmerdale fans slam gory scenes as Liv is brutally beaten up, but will she survive?

Liv was beaten up

Emmerdale fans have slammed the gory scenes following Liv Flaherty‘s attack, but is she dead?

Liv is currently in prison as she was charged with the murder of Ben Tucker.

Last week, news spread that it was Meena who killed Ben, Andrea Tate and Leanna Cavanagh.

In last night’s scenes (Monday, January 17) Vinny went to visit Liv in prison and she wanted to know when she was being released.

However he explained that Meena only confessed about the murders to Manpreet, who is still unconscious in hospital.

Liv was furious and accused Vinny of not trying hard enough to get her released.

Later in her cell Liv was crying and asked her cellmate Mel to get her some alcohol, but she refused.

When Mel told her to accept she was in prison, Liv warned her to shut up.

Mel then said: “Someone needs to learn some manners” before shutting the cell door.

Read more: Emmerdale: Meena murdered by Cain in huge twist as Liam demands he kill her?

Later prison officers rushed to Liv’s cell as an alarm went off. They found her on the floor badly beaten up with her face covered in blood and her eye swollen shut.

However fans slammed the scene and were horrified by Liv’s injuries.

I think the Liv attack is a step too far #Emmerdale. Really bad taste to show a young girl beaten to a pulp in prison. Shame on you.

Today’s #emmerdale should have come with a warning. Liv beaten up like that was horrific 😫 @ITV

Really think @emmerdale is overestimating the audience's penchant for violence and blood. Too much already. Slow your roll. #Emmerdale #Liv

OMG what happened to poor Liv’s eye?! #Emmerdale I just turned on tv

Liv looks like she's had her eyes ripped out #emmerdale

It has not been revealed what’s next for Liv, but Metro.co.uk have pictures seemingly showing Liv and Vinny celebrating in a special way.

They can be seen hugging outside a registry office having apparently tied the knot.

The publication reports that Liv is pictured wearing a white wedding dress.

Have you been watching Emmerdale? Leave us a comment on our Facebook page @EntertainmentDailyFix and let us know what you think