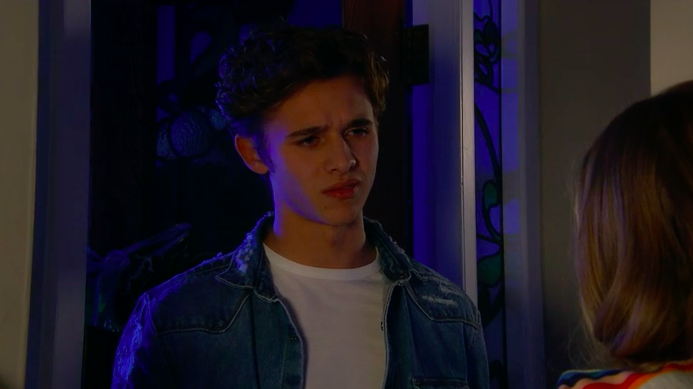 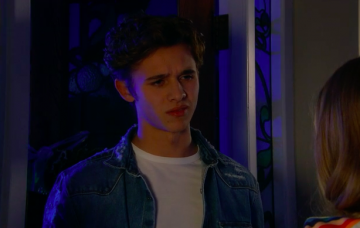 Emmerdale fans sickened as Jacob pressures Liv to have sex

Maya's evil actions have had awful consequences for Jacob and Liv

Teenager Jacob Gallagher is being sexually groomed and manipulated by his teacher and dad’s girlfriend Maya in the soap.

But after she humiliated him earlier in the week when he tried to impress her, he has got it into his head that he needs to lose his virginity before predatory Maya will take things further.

And in last night’s episode he cornered pal Liv Flaherty and tried to pressure her into sleeping with him.

Trying to kiss her, Jacob stumbled his way through a succession of reasons he said meant they should sleep together.

Liv repeatedly told him no but it was too long for viewers before he finally backed off.

The uncomfortable scene left viewers feeling sick and they took to Twitter to rant.

One viewer wrote: “No no no! Jacob, what are you playing at? Liv don’t do it #Emmerdale”

A second posed the question: “Why is Jacob asking Liv to do this??? #Emmerdale”

A third tweeted: “Jacob is literally going to use Liv to make that paedophile jealous #Emmerdale”

Others pointed out how Maya was behind Jacob’s upsetting behaviour.

One fan tweeted: “Jacob using Liv is incredibly sleazy after everything. The Maya thing has really messed him up though #emmerdale”

A second said: “Omg Jacob now grooming Liv into sleeping with him so he can tell Maya he’s not a virgin #Emmerdale”