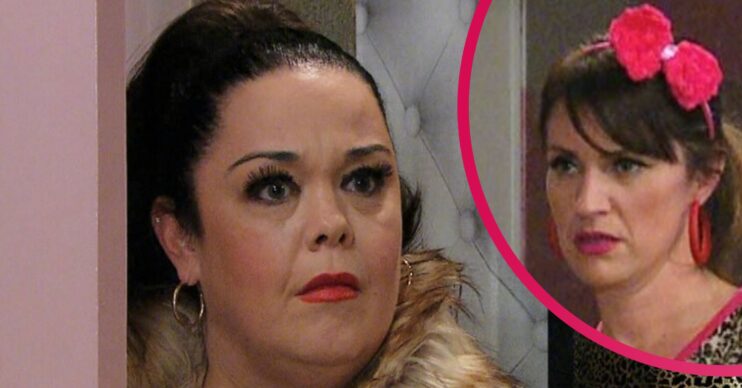 Emmerdale fans shocked at cost of treatments in the salon

How much is Mandy charging for a blow dry?

Emmerdale fans have been left gobsmacked at how much treatments at Mandy‘s salon cost.

On Wednesday night (December 8) Brenda popped in for a blow-dry and ended up having a manicure as well.

Although Brenda thought she was getting pampered for free, she was then charged full price for the treatments.

How much were Brenda’s beauty treatments at the salon in Emmerdale?

Brenda popped in for a blow-dry originally and it was Kerry‘s first day back at work. Brenda commented she was pleased to have avoided Mandy whose approach was a bit slap dash.

Kerry joked: “You’re not the first person to compare her colouring to a toddler with a paint set!”

But unfortunately for them both, Mandy had overheard and was furious.

Brenda then suggested Mandy and Kerry went head-to-head and she would decide who was the best beauty therapist.

After Kerry did her hair and Mandy did her nails, Brenda declared Kerry the winner.

However, Mandy was fuming to have lost and decided to punish Brenda by charging her full whack – £58.50 for the lot!

What did fans say about the prices?

Viewers thought it was a bit expensive, with one commenting it’s “no wonder the place is empty”.

Another thought Mandy was “having a laugh” with those prices.

FIFTY-EIGHT QUID FOR A HAIRCUT AND MANICURE?! Is Mandy having a laugh? #Emmerdale

Who owns the salon?

Mandy bought the salon from Bernice in October 2020.

Bernice had decided to stay in Australia at the time so sold up. Mandy used money loaned to her by boyfriend Paul Ashdale.

She renamed it PampaManda, which the village thought was hilarious.