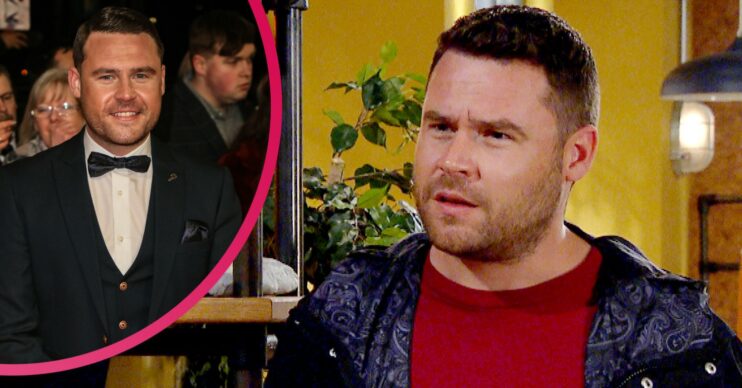 Danny has been in Emmerdale since 2008

It was recently confirmed that Danny Miller would be in the line-up for the 2021 series of I’m A Celebrity… Get Me Out Of Here!

However Danny has revealed he will be leaving Emmerdale.

Now fans are saying they feel as if Aaron hasn’t been the same since his husband Robert went to prison two years ago.

Some fans have accused the soap of ‘destroying’ Aaron and not using him to his full potential.

Danny gave everything to Emmerdale!! He protected ED. The people I know watch ED only because of him. And they couldn't give Aaron a memorable exit with #Robron like they did with Ryan?!!

I am never forgiving these producers for destroying our Aaron. #Emmerdale

I'm not surprised @DannyBMiller has left #Emmerdale. He's barely had any SLs for months – since Robert left it just hasn't been the same. I feel like the writers don't know wot to do wiv Aaron. Plus as soon as I heard Danny had become a dad I guessed it wudnt be long b4 he left.

Emmerdale haven't been using Aaron to his full potential for a long time & have been wasting the character certainly since Robert left. He has long deserved better. So it may be a good time for him to bow out. Danny has made Aaron a iconic character. He will be missed. #Emmerdale

Sad Danny is leaving #emmerdale but not surprised. They just didn't know what to do with Aaron after Robert left 😕
Now it makes sense that the Aaron/Mackenzie scenes stopped and went onto Charity 😖
Aaron/Mac could have been very interesting and good for Emmerdale.

What did Danny say about leaving Emmerdale?

Speaking about I’m A Celebrity, Danny Miller told press: “I’d like to think I’m very, very far away from Aaron and that’s part of the reason why I wanted to do [I’m A Celeb].

“I’ve actually left Emmerdale, I unfortunately decided to start a new path in life. I’ve got my baby now and I’m [getting] married next year, it felt like the right time to open a new chapter in my life.

He added: “I’m very very emotional about it actually, it’s been a massive part of my life.

Later it was revealed the couple have decided to call their son Albert.

Danny told OK! that the name holds a special meaning to Steph.

Explaining that he also “loves” the name, Danny added: “Steph’s granddad was called Albert but when we were in school I just knew him as Steph’s granddad, so when I suggested it, I didn’t know it was her granddad’s name.”