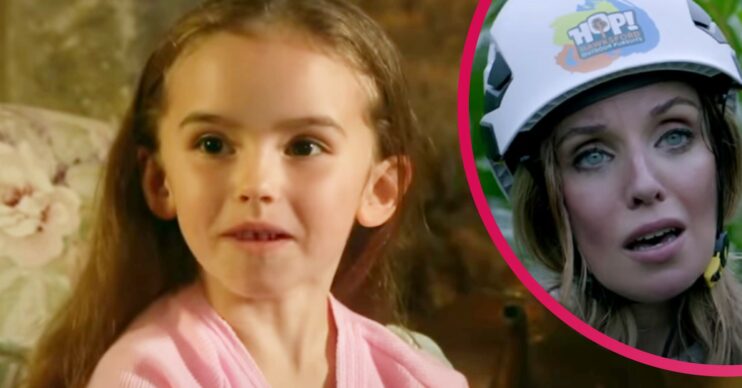 The little girl's not been seen on screen for some time...

The poor little girl hasn’t exactly had it easy since her arrival in the village in 2019. And now, at only seven years old, she’s seemingly lost both of her parents.

Andrea died in the maize maze fire, having been murdered by Meena Jutla. Meanwhile, Jamie went crashing into a lake and although his body hasn’t been found, he’s presumed dead.

Where is Millie in Emmerdale?

Millie is currently being cared for by Wendy, although her granny, Kim Tate, is determined to bring her back to Home Farm.

In last night’s episode (Tuesday November 2), Charles enquired after Millie when he saw Gabby and Laurel in the cafe.

Laurel told the vicar, who was also Millie’s mum’s partner, how much Millie has been struggling.

But viewers at home were more interested in where Millie actually is!

What were fans saying about Millie?

One wrote on Twitter: “How is Millie? Better question is ‘where is Millie?'”

“How is Millie? Well, considering we haven’t seen her and Kim Tate has been so busy I would imagine Millie is up in her room on her own wondering why she’s been there for hours and hours without any company,” raged a second.

A third added: “Millie is hiding out at the cricket pavillion,” in reference to the fact that’s where all Emmerdale kids seems to disappear to!

“Millie, one of Emmerdale’s many children who seem to be permanently trapped upstairs in their bedrooms,” said a fourth.

A fifth added: “Nice that Victoria and David cheat death and their kids still aren’t around and Millie, who has been orphaned, is always left on her own.”

When will Millie be back on Emmerdale screens?

Millie will return to screens tonight (Wednesday November 3) as the village holds a memorial for Andrea.

Kim is determined Millie will be coming home to live with her, and is even more sure Jamie, who she believes is alive, will show up at the service.

But the arrival of Andrea’s mum, Hazel, might throw a spanner in the works.

Millie will tell her Granny Kim she wants to live with Hazel, but will Kim give her granddaughter up without a fight?

She’s currently being cared for Wendy, although her granny, Kim Tate, is determined to bring her back to Home Farm.