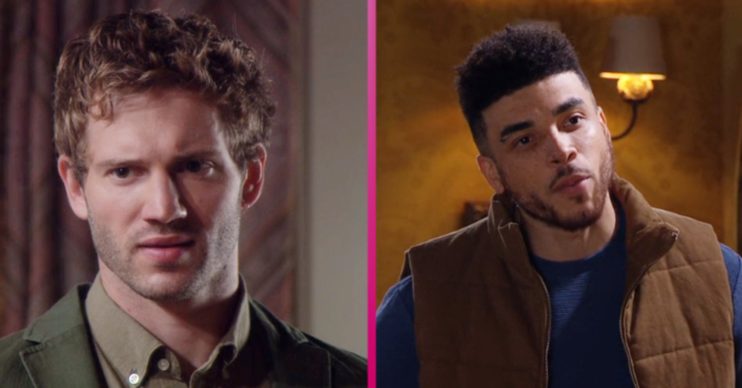 Jamie is denying he caused the hit and run

Emmerdale fans have predicted Jamie Tate is going to set up Nate Robinson for Moira’s hit and run.

A few months ago Jamie knocked over Moira and left her on the side of the road. Although it seemed his girlfriend Belle was trying to help him cover up his crime, she actually was plotting against him and called the police on her boyfriend.

Over the last week, viewers have seen Jamie refuse to admit his he caused the hit and run to the police, despite them having parts of his car which tie him to the crime.

In last night’s episode (Thursday, October 1) Jamie’s solicitor told him CPS planned to move forward with charging him. He told Jamie that without an alibi from his wife Andrea then he would need to prepare for the worst.

The solicitor told him the only hope Jamie had is if he could find another person of interest for the police to investigate.

Read More: Emmerdale fans beg Chas not to cheat on Paddy as she gets closer to Al

As Jamie and his solicitor continued to speak, Nate walked in and told Jamie nothing would change the fact he’s guilty.

After Nate left, Jamie’s solicitor told the vet to call him. However it seemed Jamie had an idea and said: “I don’t need to. He’s wrong. I’m innocent. And I know exactly how we’re going to prove it.”

Fans have predicted that Jamie is going to pin the hit and run on Nate.

Jamie is gonna set Nate up isn't he 😔 #Emmerdale

Jamie is gonna frame someone. Either Nate or Belle…. #Emmerdale

Emmerdale: What’s next for Jamie?

Next week Belle and Andrea are in cahoots. But will Belle end up regretting her decision to team up with Jamie’s ex-wife?

The Dingle family begin to plot their revenge against Jamie.

Meanwhile Luke confronts Jamie about the eviction notice. However this only escalates the situation.

After hearing about Luke’s issue, Nicola offers to check the tenancy agreement to see if there’s any loopholes.

Later Luke goes up to Home Farm and finds Jamie unconscious on the floor. What’s happened to him?