The couple threw a Yorkshire themed wedding bash after winning a magazine prize to have all their costs covered - but it didn't disappoint. 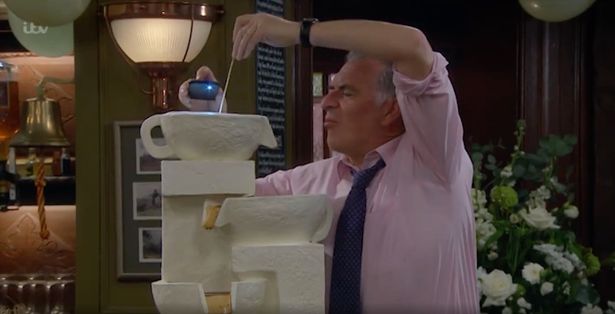 Lydia had a stunning dress, Sam scrubbed up well and the pair danced their first dance to Cotton Eye Joe.

But nothing could prepare viewers for the incredible gravy fountain - with mini dip-able Yorkshire Puddings.

Actress Karen Blick explained that it was real gravy in it, saying: "There's a gravy fountain in the reception at the Woolpack!"

Read more: Emmerdale actress Michelle Hardwick would like to see Vanessa's mum come to the village

James Hooton added: "And it malfunctions. It was quite an impressive piece of architecture. We used real gravy, we've got an impressive budget on this show!"

Emmerdale viewers are completely obsessed with the novel idea and took to Twitter to rave about it.

One said: "That is the best thing ever. It's the most amazing fountain I have ever seen. Why did I not think of that 23 years ago when I got married? 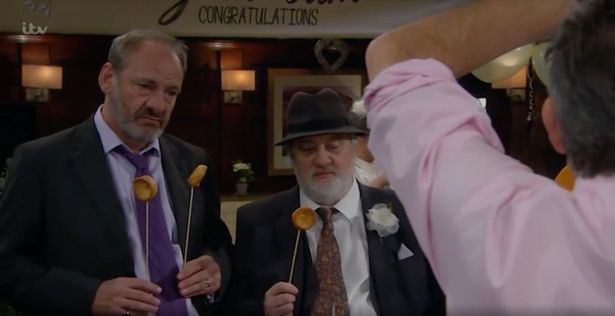 Jimmy and Zak were desperate to dip their puddings (Credit: ITV)

A second said: "Must admit I saw the gravy fountain and thought What??

"Then I saw the Yorkshires and thought GIVE ME I want a go."

"That's the most awesome thing I've seen for ages."

A fourth said: "The gravy fountain was amazing who on earth thought of that?"

Fans want gravy fountains at their own weddings

Others were even so taken by the idea of a gravy fountain that they are now planning to get married just so they can have one.

One said: "They've got a gravy fountain with Yorkshire puddings to dip in at a wedding on Emmerdale and now I want to get married again so we can have one at our party."

Another added: "There was a gravy fountain with Yorkshire pudding "marshmallows" at a wedding on Emmerdale.

"What a wonderful invention."

Do you want a gravy fountain at a bash of yours? Leave us a comment on our Facebook page @EntertainmentDailyFix and let us know what you think!