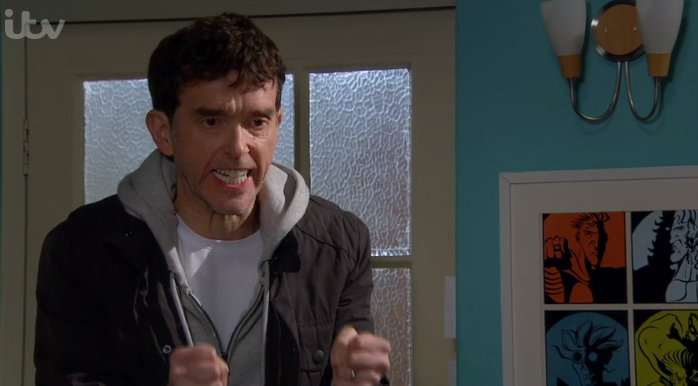 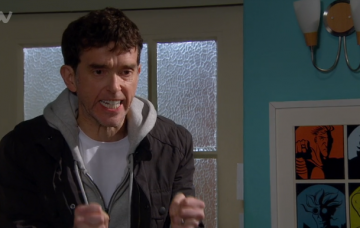 The resemblence is uncanny

The winner of the 2019 Eurovision Song Contest was crowned over the weekend, but other than his winning credentials, soap fans noticed something else about him – he’s the spitting image of Emmerdale‘s Marlon Dingle!

Duncan Laurence from The Netherlands was the hot favourite to win ahead of the contest and the bookies were right as he stormed away with the prize when he got 492 points.

But viewers watching at home couldn’t help but comment on his uncanny resmeblence to soap favourite Marlon, aka Mark Charnock.

Fans quickly expressed their surprise at the likeness on Twitter.

I see Marlon from Emmerdale did well at the Eurovision last night 😊👍🤣 pic.twitter.com/FWR7cDroeB

Hang on. Did Marlon from #Emmerdale just win #Eurovision

Marlon off Emmerdale has done well for himself #Eurovision pic.twitter.com/Kohtg53Lgs

So, if actor Mark ever needs a sick day, he knows who to call!

He wasn’t the only Emmerdale star Eurovision fans noticed on stage on Saturday night.

Some thought the Norwegian entry looked like David Metcalfe!

One suggested he was the “lovechild of David from Emmerdale and Nick from Corrie,” and someone else said his bandmates were Tracy Metcalfe and Paddy Kirk!

Now Norway have the lovechild of David from Emmerdale and Nick from Corrie. #Eurovision

The Song Contest was plunged into controversy after UK entrant Michael Rice came in last place. Many viewers have now called for the UK to stop entering altogether.

The UK hasn’t won the competition in over 20 years – with their last victory coming in 1997, when Katrina and the Waves performed Love Shine a Light.

After the UK’s disappointing performance in the show, fans took to twitter to express their outrage, with some claiming that the votes were purely political, and showed Europe’s impatience with the UK in the wake of the Brexit vote.

#Eurovision idea: to test how politically everyone votes, can the UK one year just throw Ed Sheeran in and see how badly he does?? Because if he finishes last, then we know something’s up

UK last in #Eurovision – what possible reason could Europe have to not like us?

But the UK was promised 350 points on the side of a bus#Eurovision pic.twitter.com/UpjGzENEx4

Some viewers even claimed that the UK should stop competing at all – and stop giving money to the event.

#eurovision THE uk should leave THE eurovision contest. After brexit they now have eurexit!
There song was not good.

Why do we even bother with this joke competition. Do we really need to be at a party that no one wants us at. We have the best bands/solo artist in the world. Let them have their silly event. We could put Adele in it and still come last. #politicalbollocks #Eurovision

Read more: Eurovision’s Michael Rice speaks out after coming last in the competition

This year’s competition was marred by political turmoil as fans objected to the show being hosted in Israel, due to the treatment of the Palestinian people currently under Israeli occupation.

The Icelandic contestants, Hatari, held up Palestinian flags as their score was announced, and during her interval performance, Madonna included two back up dancers wearing Palestinian and Israeli flags.

Do you think Duncan and Mark look alike? Leave us a comment on our Facebook page @EntertainmentDailyFix and let us know what you think!