No one messes with a Dingle, let alone a beloved pet - but that's exactly what happened in last night's visit to Emmerdale.

ITV fans were left in shock as Belle's family pig was discovered covered in blood after being brutally slaughtered.

But who was responsible for killing the animal in cold blood? 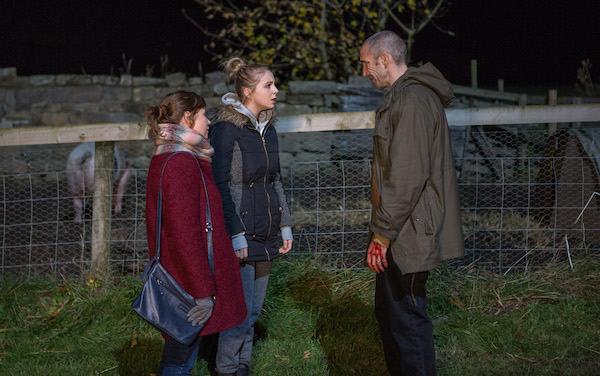 Belle thought the worst when she saw Sam covered in blood (Credit: ITV)

On Tuesday, viewers watched in alarm as Lydia received a frantic phone call from Sam Dingle clearly in a state of distress.

Rushing over to the Dingles' with Belle in tow, the pair were horrified to find Sam drenched in blood.

Those watching saw a close-up shot of Sam's shaking hands, which were red from wet blood. 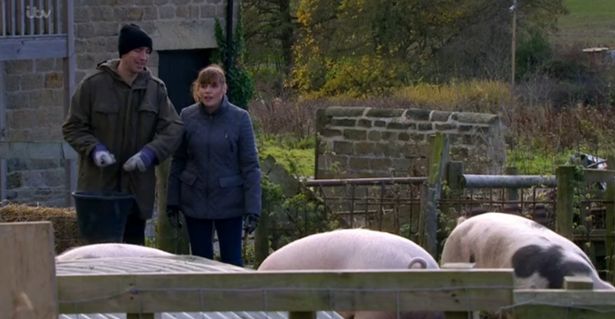 The pigs are an important part of the Dingle family (Credit: ITV)

Gloria the pig has been killed in @emmerdale.... only sadness now.

Lydia and Belle jumped to the conclusion that Sam had been hurt, but were deeply upset to hear that Gloria the pig had been killed.

He then revealed that the brutal death had NOT been an accident. 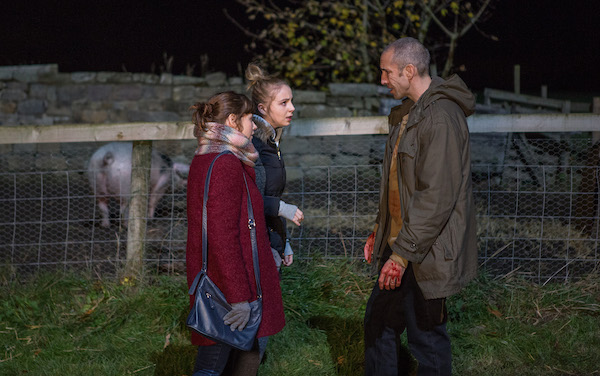 Who would hurt a defenceless animal? (Credit: ITV)

Understandably, Belle immediately blamed Lachlan - who she believes has been behind a spate of unpleasant happenings in the village.

Realising she's been right all along, even Sam had to admit that Lachlan must have been behind the recent break-in, dead flowers, birthday card and mystery text message on New Year's Eve.

In upsetting scenes, a hysterical Belle cried: "Killing an innocent animal to scare us, that is sick. Lachlan knows what the pigs mean to us and he's cruel enough to do it." 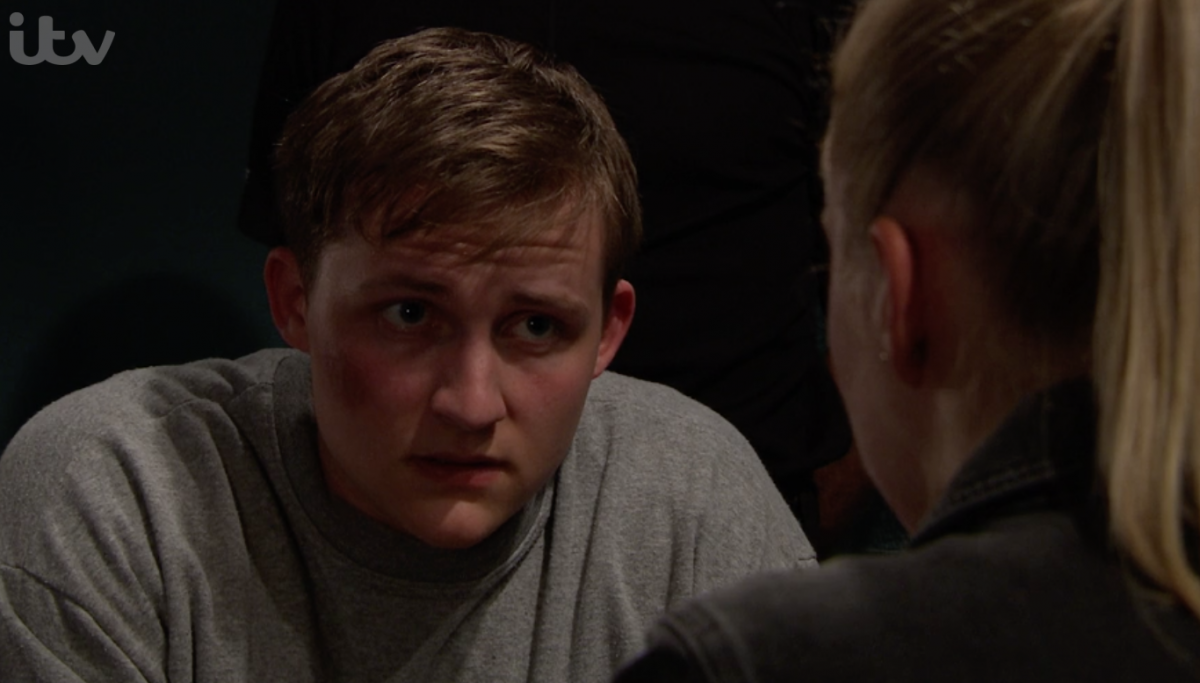 In a bold move, a desperate Belle then declares she plans to visit her murdering ex-boyfriend in jail.

Just when you thought we'd seen the last of him...

Fans were sickened by the death of Gloria, with one tweeting: "Gloria the pig has been killed in @emmerdale.... only sadness now."

Another added: "Poor old Gloria! Why kill the pigs @emmerdale?"

Nooo Gloria has been murdered! 🐷 #emmerdale

Poor Gloria. They couldn't save her bacon, so to speak. #Emmerdale

Some "swine" has killed Gloria! #Emmerdale

There’s been a murder!! Gloria the pig has been killed!!! #Emmerdale

Gloria the pig has been killed in @emmerdale.... only sadness now.

Such a heartbreaking scene for Belle and Sam, finding out about there pig Gloria dying!
😰😰💔💔@edenelenor @karenblick @jamhoot #Emmerdale

A third simply exclaimed: "Nooo Gloria has been murdered!"

"Such a heartbreaking scene for Belle and Sam, finding out about there pig Gloria dying!" said another.

But who does Lachlan have as his accomplice in the village? And why is he still tormenting Belle from behind bars?

Are you excited for Belle to confront Lachlan next week? Leave us a comment on our Facebook page @EntertainmentDailyFix and let us know what you think!