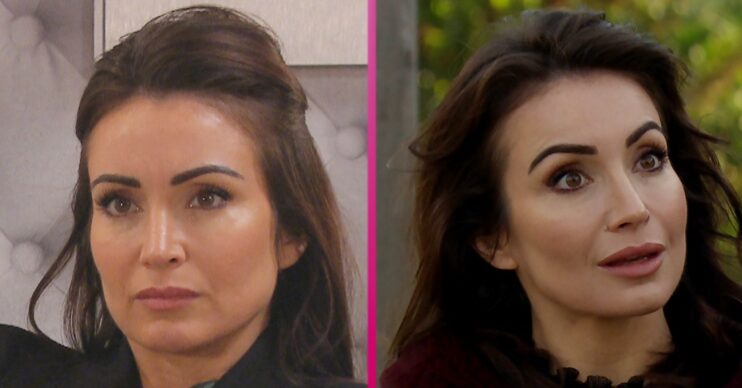 Emmerdale fans hit out at soap for ‘ruining’ Leyla

Fans have turned against Leyla

Emmerdale fans have hit out at the soap for ‘ruining’ Leyla Cavanagh with her cocaine storyline.

A few months ago it was revealed Leyla had secretly been taking cocaine with her new pal Suzy.

But now fans are furious feeling that Leyla has been ruined.

Read more: Emmerdale fans all saying the same thing as Leyla does cocaine at a family meal

Earlier this year it was revealed that Leyla had been secretly taking cocaine with Vanessa’s new love interest, Suzy.

Leyla and Suzy began working together and Suzy would supply her with cocaine.

However when Leyla and Suzy had a meeting with Moira, it was revealed Suzy knew Moira’s daughter Holly Barton, who died of a drug overdose.

It turned out Holly did the photography at some of the weddings Suzy planned.

Suzy also revealed she gave Holly money to get her cocaine for her birthday, but Holly spent it on heroin causing them to fall out.

However when Suzy found out the date of Holly’s death, she realised she gave her the money to buy the drugs that killed her.

After finding out about Holly, Suzy made the decision to stop doing cocaine and advised Leyla to do the same. But Leyla has been struggling to stop.

Emmerdale fans hit out at soap for ‘ruining’ Leyla

This week, Leyla was visited by Jai’s old drug dealer, Jason, who offered her a deal on cocaine.

He tried to get her to persuade Jai to get back into drugs, but when Suzy figured out what was going on, she threatened to report Jason and scared him off.

However Leyla was furious that she had been cut off.

She told Suzy she needed to give him her dealer’s number or she would tell Moira about Suzy’s connection to Holly.

But fans were enraged at Leyla’s behaviour and called out the soap for ruining her.

Leyla and her drug addiction in #emmerdale is the worst storyline in years! Totally of character for her. Rubbish

Leyla story is rubbish, out of character . #Emmerdale

Leyla used to be likeable, now i can’t stand seeing her miserable mug on my screen. The writers have totally ruined her character and turned her into a hateful, vile, nasty, blackmailing, immoral, selfish low life bitch #Emmerdale