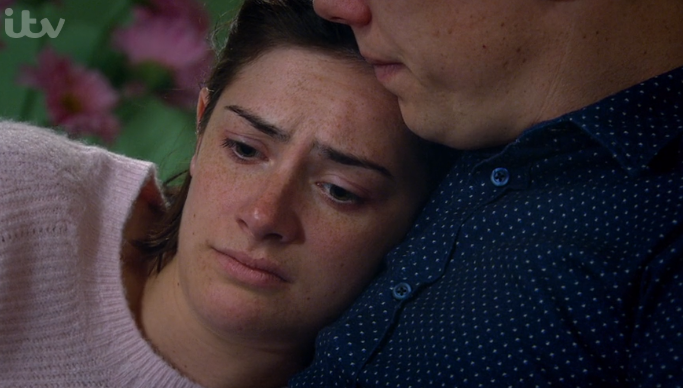 Viewers of Emmerdale were left in bits after Monday night’s episode (May 14) as two hugely emotional storylines played out on screen.

As well as Lisa and Zak Dingle’s return and big confession that Lisa only had months to live, the continuation of Victoria Sugden‘s rape storyline had fans praising the soap for tackling such a big issue so senstitively.

Victoria was brutally assaulted following the Big Night Out and viewers were left horrified as she struggled against her attacker, before being pinned down on the bed and raped.

She finally confessed what had happened to her former mother-in-law Moria Dingle, and confirmed she is pregnant following the attack. Since then she has been to the police to report the ordeal.

Now her stepmum Diane and brother Robert are supporting her through the aftermath.

Robert is struggling to cope with what happened to his sister, and blaming himself for not getting a taxi home with her. But Diane told him they must pull together and be there for Victoria and follow her lead.

When Victoria woke up from a nap, Robert was understanding and sensitive as asked her: “What do you want Vic?”

“However you want to do this, that’s what we do.” #Emmerdale pic.twitter.com/MrCvBqn1iK

Victoria replied: “I want to get him and I want the police to make sure that he never, ever has the chance to do this to anybody else.”

Robert told her that’s what they would do and whatever it took they’d “deliver that lowlife to Hotten Police Station with a sworn confession in his hand.”

Despite their tears, fans were full of praise for the show and how it’s handling the situation – particularly pointing out that Robert and Victoria were “sibling goals”. 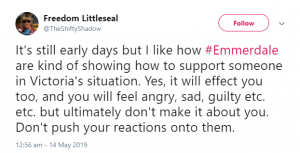 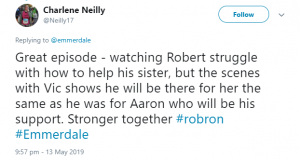 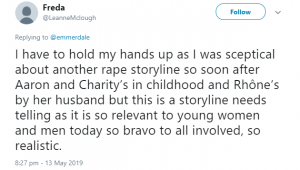 Read more: Emmerdale SPOILER: Jacob and Maya on the run

While Robert has promised to do exactly as Vic wants as she deals with what’s happened, we all know he has a history of lashing out and getting revenge.

Will he be able to keep his word and follow the letter of the law when it comes to someone hurting his family?

Do you think Emmerdale has got it right with this storyline? Leave us a comment on our Facebook page @EntertainmentDailyFix and let us know what you think!