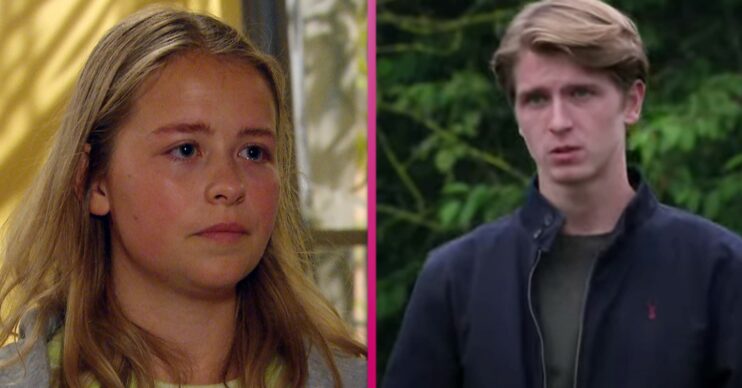 Liv woke up with bruises

Emmerdale fans have predicted that ‘creepy’ siblings Hannah and George were the ones who assaulted Liv.

Earlier this week, Liv met Hannah and George at The Hide and the siblings tried to get her to drink with them.

At first she declined their offer, as she is a recovering alcoholic. However after feeling pressure from Aaron and Vinny, she decided to join them in the park for a drink.

In last night’s episode (Thursday, August 26) Liv woke up after her night with Hannah and George.

She kept remembering parts of the night and soon realised she had bruises on her arm.

Later Gabby went to the Woolpack where she saw Hannah and George again. They told her that when they were outside of the B&B, George went back inside.

Hannah went into check on her brother but when she came back downstairs, Liv was gone.

After speaking to Gabby, Liv learnt she left her a voicemail which recorded her screaming at Noah to get off her.

Gabby feared that Noah had raped Liv, but when Aaron overheard the conversation he confronted Noah.

Noah claimed he saw Liv drunk and tried to help her, but she attacked him.

However fans think that Hannah and George could have spiked Liv and assaulted her.

Report him? They’re carrying on like they have any proof. What about those weird siblings who actually got her drunk in the first place?? #Emmerdale

#Emmerdale was Liv spiked when she went with them dodgy siblings? Why else would she get in that state especially when she’s got a big tolerance to drink 🤔🤔🤔

Emmerdale: What’s next for Noah and Liv?

After Noah was accused of assaulting Liv, Gabby told Charity how Noah had gone through her underwear and followed her in the dark.

Tonight Charity does some digging to see if there’s another side of the story. Will she find anything?