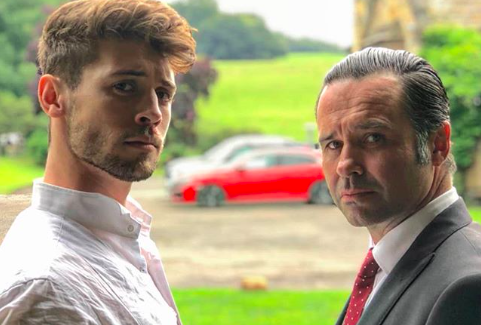 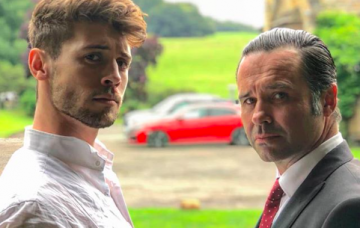 Emmerdale fans have been given the biggest clue yet that Joe Tate is alive and well, and probably waiting for the right moment to come back and wreak havoc!

During Thursday night’s visit to the Dales (24 January), Graham Foster dropped a huge bombshell when he seemed to hint that Joe Tate’s ‘body’ would never be found.

Viewers know that Joe left the soap before Christmas after apparently being murdered.

After an explosive week of episodes centred around Kim Tate’s return, Joe’s life was in danger but he risked everything to come back and see fiancée Debbie Dingle.

However, thinking his daughter had been dumped at the altar, Cain punched Joe’s lights out when he found him.

While Graham has led Cain to believe he killed Joe, we know that this isn’t true – and Joe’s beautifully manicured fingers were still twitching after Cain’s assault.

It was Graham who appeared to finish the job… But we never saw the body and rumours have kept Joe’s memory alive!

With fans refusing to believe Joe’s dead – and cast often hinting he could return – yet another nugget of hope was delivered by Graham when Cain went to confront him about the whereabouts of the body.

With the police appearing to suspect Cain, after Matty reported him but then retracted his statement, Cain visited Graham at Home Farm to grill him on where Joe’s body is buried.

As usual, Shifty McShiftyface Graham refused to tell Cain the location of the body, blaming Cain’s lack of trustworthiness and inability to keep quiet.

But was that the real reason?

Graham said: “You can tell anyone you like what happened, it’s all talk until there’s a body.”

DID GRAHAM JUST HINT AT JOE STILL BEING ALIVE?! #Emmerdale

Graham is way too shifty. His refusal to tell Cain where Joe is definitely makes me think he’s still alive. Whatever the truth is, I hate that Graham is manipulating everyone, especially Cain #Emmerdale

Fans believe Graham was giving them a big clue – that there is NO body because Joe isn’t dead!

One said: “Did Graham just hint at Joe still being alive?!”

Another wrote: “Graham is way too shifty. His refusal to tell Cain where Joe is definitely makes me think he’s still alive. Whatever the truth is, I hate that Graham is manipulating everyone, especially Cain #Emmerdale.”

A third simply said: “I wish Graham would put us all out of our misery and tell us where Joe is  #Emmerdale.”

“Why would #Graham ‘finish Joe off’? Why? WHY? What possible motive could he have to kill someone he loves and whom has already tried to send away out of danger?” asked another.

There are many more fans who believe Graham has Joe ‘hidden somewhere’… But where? And why?

Do you believe Joe Tate is alive? Leave us a comment on our Facebook page @EntertainmentDailyFix and let us know what you think!