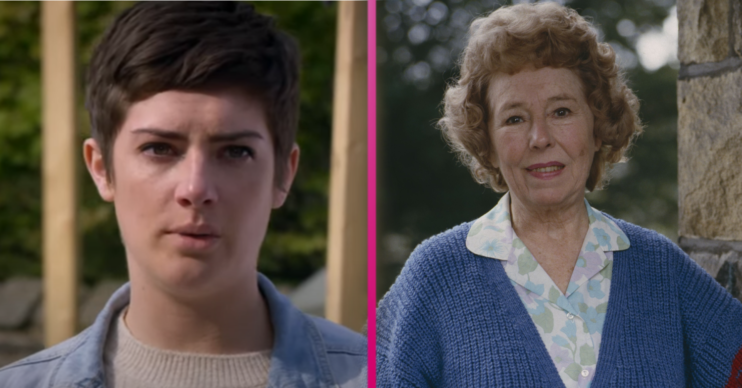 Emmerdale fans furious over the death of Annie Sugden

Fans didn't think it was a goodbye befitting a legend

Emmerdale fans are furious over how the death of Annie Sugden has been handled.

The village legend died at her home in Spain it was revealed last night, devastating her granddaughter Victoria.

Victoria was told the news by her step-mother Diane who phoned her and asked her to visit her.

But when Victoria insisted on being told what was wrong, she was shaken to learn that her beloved grandmother had died.

However they were utterly furious at how the death of a legendary character seemed to be handled with one throwaway scene.

One said: “So it was a whole 23 secs you gave it @Emmerdale from phone ringing in Vic’s hand to end of scene. No ‘Oh I’m really sorry Vic to hear that,’ from Marlon?

“No ‘I need to go home and try get in touch with Robert and Andy?’ 23 secs was all you could give for you iconic Annie?”

A second posted: “@emmerdale is awful at the moment. That was a poor way of writing Annie out tonight #Emmerdale”

A third said: “If that was your attempt at sending Annie off that was very disappointing.

“That scene for Vic being told and reacting to it, should have been longer. Other moments in episode could have been snipped to give way for it. I hope for better on Monday in follow up to it.”

However another said: “Annie Sugden wasn’t the original Sugden matriarch that held the show together only to have her death revealed as a throwaway line #Emmerdale”

Who was Annie Sugden?

Annie was one of the soap’s original characters. She appeared in the very first episode of Emmerdale Farm in 1972.

She is the mother of Joe and Jack Sugden and grandmother to Andy, Robert Victoria Sugden and Sam and Sally Skilbeck.

Annie appeared on and off from 1972 until her final appearance in 2009 when she returned for son Jack’s funeral.

What did you think of Annie’s death? Leave us a comment on our Facebook page @EntertainmentDailyFix and let us know what you think!