Fans of Emmerdale have been left furious with Moira Dingle as she 'played the victim' when it came to cheating on husband Cain with Nate Robinson.

For months Moira and Nate have been having an affair behind Cain's back.

When he found out about the affair, he lured them onto a boat where he confronted Nate.

Nate and Moira have been having an affair for months (Credit: ITV)

However, things took a twist when Nate revealed he was Cain's son.

Nate believed his father wanted nothing to do with him, when in reality, Cain knew nothing about Nate.

In Friday's episode (October 25 2019) Cain warned Moira to keep away from their sons, Isaac and Kyle, who is biologically Amy Wyatt's son.

Moira was later shocked when Nate returned to the farm. 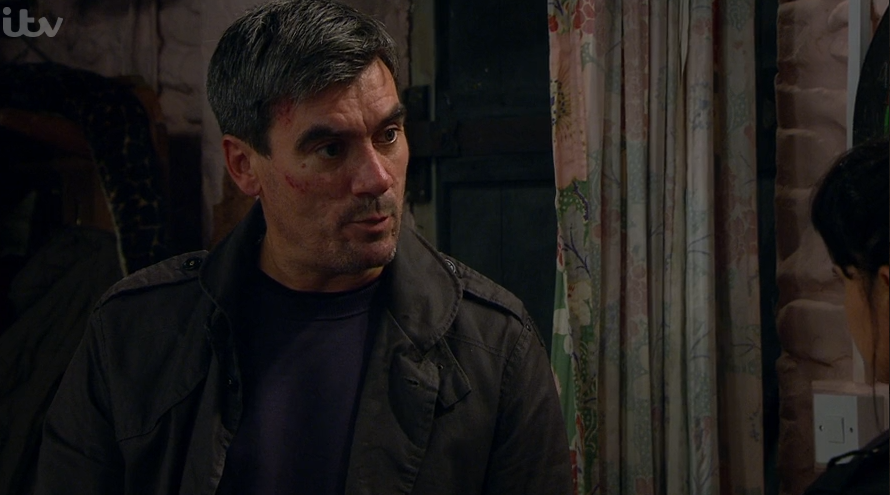 Cain was furious when he found out Moira had been cheating (Credit: ITV hub)

Although he came to apologise and tried to explain that he wanted to make Cain pay, she was having none of it and aimed her shotgun at the farmhand.

As she held the gun she said: "Come on then, feed me some more lies, let's see what happens.

As he pleaded with her not to shoot him, she said: "Tell me again, how much do you love me Nate?

"I tried to end it, time and time again and you said you couldn't carry on without me. You begged me not to stop.

"You played me like a fiddle, well now you're going to play to my tune." 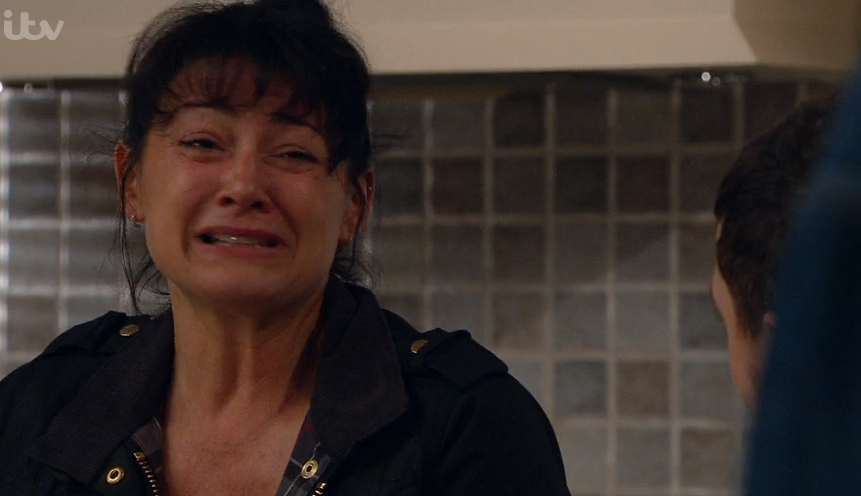 As Matty entered the house he asked his mum what she was doing and she replied: "Why shouldn't I end him? He's taken everything away from me... I have got nothing left!"

Luckily for Nate, Matty convinced her to put the gun down.

But viewers were left furious with Moira as she acted as if she didn't play any part in her affair with Cain's long-lost son.

#emmerdale how is that Moira acting like the victim?? pic.twitter.com/vb8wXthB9n 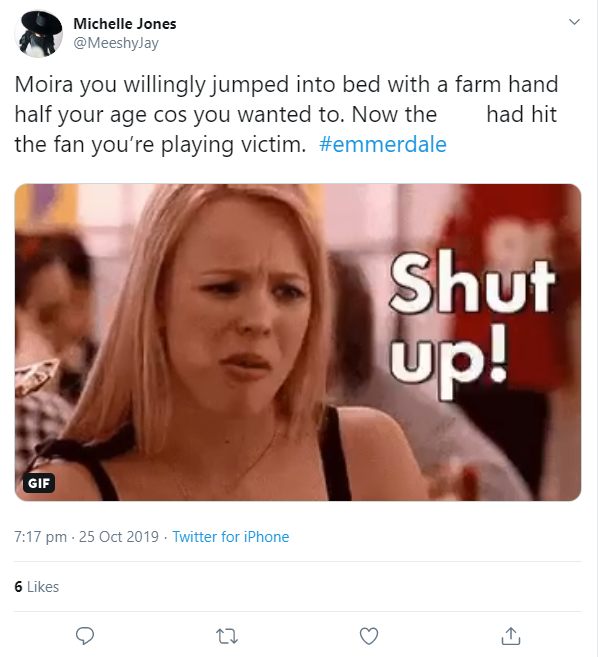 #Emmerdale Is Moira forgetting she was a willing participant in the affair with Nate...it didnt take much..

Oh Moira you are not innocent!! It takes two to tango and you shouldn’t have such lose knickers!! #emmerdale https://t.co/tWb69x1o0B

Moira is acting like she wasn’t jumping in bed with Nate at any chance she got. Stop with this fake outrage! #Emmerdale

Not being funny but Moira can't put all the blame for the affair on Nate. Takes 2 to tango. She couldn't have been that happy the way she kept going back for more #Emmerdale

Typical of Moira though. It's always someone else's fault. #Emmerdale

erm, I do hope you're not looking for sympathy Moira? No one forced you to do anything! #Emmerdale

At the end of the episode, Moira destroyed Nate's caravan, meanwhile the farmhand was unconscious in the back of a car, leading viewers to believe he had been killed.

However, it seems he survives as tonight he drops a bombshell on girlfriend Amy Wyatt that her mum knew about his affair with Moira.