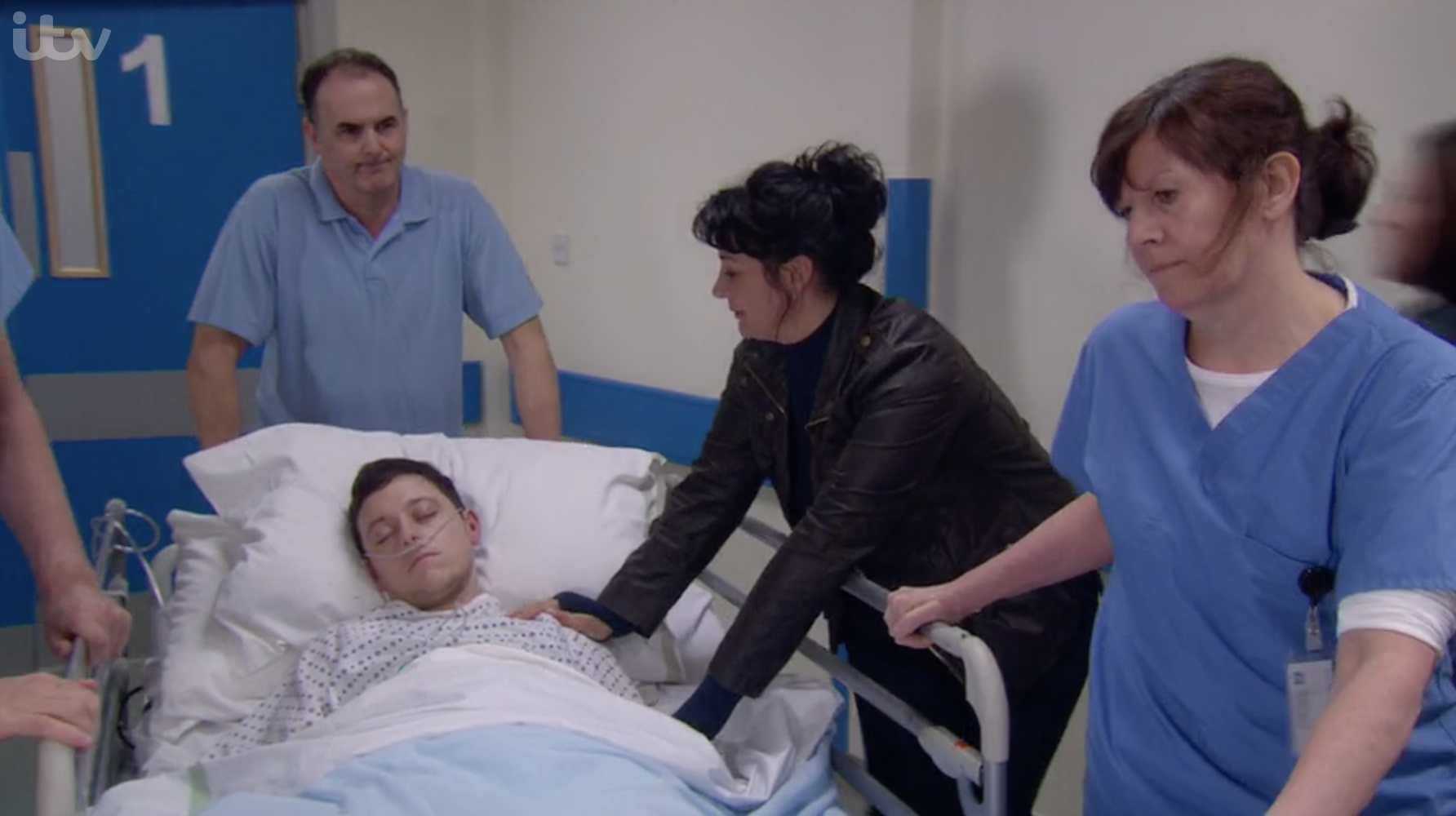 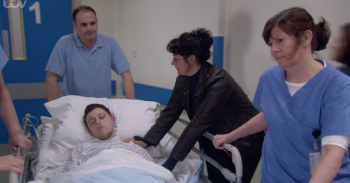 He finally got his top surgery

Fans of Emmerdale had an emotional watch last night as Matty Barton finally went through surgery, while his mother, Moira, waited outside.

The double episode saw Matty – played by Ash Palmisciano – go into the operating theatre for the surgery he’d been longing for.

Read more: Hollyoaks star Chris Simmons says fans always ask him when The Bill will be back

But it was a stressful time for Moira – played by Natalie J. Robb – who convinced herself that something had gone wrong, after she saw a nurse rushing into the theatre.

Moira asked a nurse to find out what was happening, saying, “I’ve been here before. I can’t go through this again. I just can’t do it.”

But her fears were allayed when the nurse returned to reassure her, saying that Matty’s blood pressure had dropped, but that he was in “specialist hands”.

Moira was by his side as soon as he was out of surgery, and stayed with him as he woke up.

“I’m all right, you know,” he said, after waking up, going on to joke about his bandages, saying, “I’m being held together by the biggest sticking plaster in the world.”

The doctor then came by to tell Matty and Moira – and the audience – that he was optimistic that the surgery had gone well, but warning Matty that he couldn’t wash for a week, and to keep his arms below shoulder level.

But after the doctor had left him and his mother alone, he broke down in tears, overcome at finally having had surgery.

“I don’t know why I’m like this,” he said. “I’ve waited so long, part of me thought it was never going to happen.”

The show’s fans tweeted their responses to the episode, with many of them also in tears at the scene.

Ash, you are doing an awesome job!! had me in tears…well done.. xx

@Ash_Palmo Teared up at tonight’s @emmerdale ! So happy for Matty and brilliantly acted by you Ash!xxx

@Ash_Palmo got me choked up watching matty cry with happiness so happy his top surgery went well #Emmerdale #mattybarton pic.twitter.com/6KgJ3sa7f4

Matty totally breaking my heart as he finally is happy within himself 😢 #emmerdale @Ash_Palmo pic.twitter.com/dTy68aRA3g

Several fans pointed out how important it is to see a storyline like this played out on a popular soap.

Well done @Ash_Palmo have a few friends going/gone through this, brilliant it’s been portrayed on a popular soap, educating people is key! Congrats! 💜

Matty finally got his surgery and thanks to @Ash_Palmo I’m crying a whole lot. Thanks Emmerdale for this storyline 😭😭 pic.twitter.com/oRvvVp06ra

Ash – who is also trans – took to twitter to thank fans for their support, saying he believes this storyline marks a first for British soaps.

Cheers for the lovely comments on tonight’s ep!I think this may be the 1st time ever a British soap has covered this story in this way awesome to be apart of that,the more challenging thing was bein the 1st guy to wear thigh length hospital socks for three scenes 😜😂❤️New Matty pic.twitter.com/Co9PI2ZyFz

“I think this may be the first time ever a British soap has covered this story in this way,” he said. “Awesome to be a part of that. “The more challenging thing was being the first guy to wear thigh length hospital socks for three scenes.”