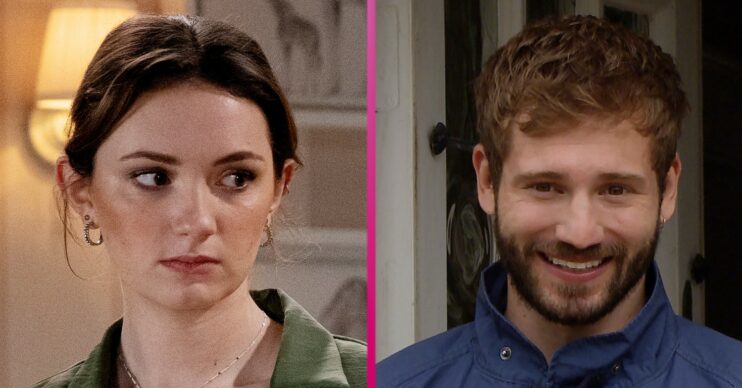 Emmerdale fans disappointed as Gabby finds out Jamie is alive

Gabby is getting closer to the truth

Gabby overheard Millie give Thomas a secret message from their dad Jamie.

But fans were not impressed with the big reveal.

Emmerdale fans underwhelmed as Gabby finds out Jamie is alive

Jamie faked his death last year after he accidentally drove his car into a lake.

Not long after, his ex-wife Andrea was murdered by Meena Jutla. Andrea’s mother Hazel came to the village to attend her memorial and bring Millie back with her.

While Gabby, Kim and the rest of the village believed him to be dead, it was revealed to viewers that Jamie is alive after Hazel brought Millie home and Jamie was there.

In last night’s Emmerdale scenes, Hazel and Millie returned to the village for Thomas’ christening.

Millie was under strict instruction from Hazel not to talk about Jamie.

However when Millie went to go and see her baby brother, she gave him a secret message from their dad.

Millie told Thomas: “Do you understand what I’m saying Thomas? But you’re not allowed to tell anyone.

“It’s a secret message. It’s from our daddy. Daddy told me to say he loves you, and he’s going to do everything he can to see you soon.”

But Millie had no idea that Gabby was listening through the baby monitor.

Fans were left underwhelmed that Gabby found out through the baby monitor, pointing out Gabby never appeared to carry one around before.

They also said soaps love to reveal secrets through a baby monitor.

Oh, the ole secret heard through the baby monitor thing. How long since we've had one of those? 😆#Emmerdale

A baby monitor, how do they come up with these original ideas #emmerdale

Later, after the christening, Gabby confided in Dawn that she believes Jamie is alive. She’s determined to find him.

But will Gabby find out the truth about Jamie and will she tell Kim what she knows?

Did you watch last night’s Emmerdale? Leave us a comment on our Facebook page @EntertainmentDailyFix and let us know what you think!