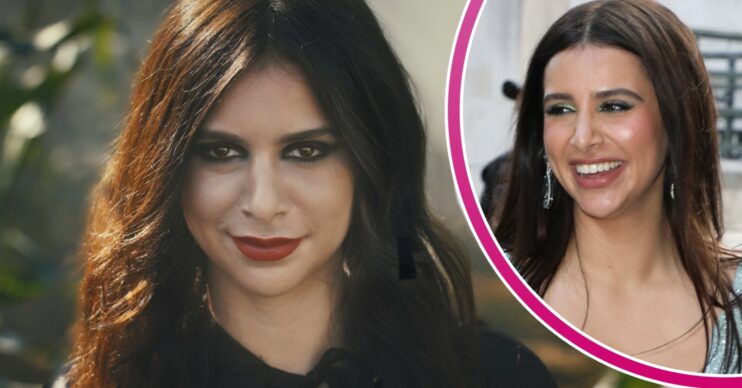 Who would she bump off this time?

Emmerdale fans have called for soap bosses to bring Meena Jutla back for the soap’s 50th birthday in October.

Meena, played by Paige Sandhu in the long-running drama, was last seen in April as she began her life sentence for her murder spree.

Emmerdale took to social media today to announce the start of their birthday celebrations.

And their post of a very realistic Woolpack cake saw fans of the killer nurse demand she’s brought back for the fun.

Will Meena Jutla return to Emmerdale?

Another echoed the sentiments, only slightly more politely, making it a request: “Bring back Meena?”

And a third Twitter user believes Meena’s return is a foregone conclusion. They wrote: “But when the special begins in October will Meena return.”

But when the special begins in October will Meena return

Meena bumped off a total of three villagers during her time in the Dales, Leanna Cavanagh, Andrea Tate and Ben Tucker.

Prior to arriving in Emmerdale in 2020, Meena had also slain her best friend, Nadine Butler.

Which was a shame as Butler and Jutla would’ve made a great name for a new business venture in the village.

The psychotic killer also made attempts on the lives of Victoria Sugden, Priya Sharma and Dawn Taylor.

Why wasn’t Meena killed off?

She made enemies of the Dingles after letting Liv Flaherty go to prison for Ben’s murder.

Meena also tried to kill her own sister, Manpreet Sharma, last Christmas when the medic discovered the truth about the lengthy bloodbath.

Ever since Meena was sent down, fans have been convinced Emmerdale bosses didn’t kill her off for a reason.

And that reason was so she could return and cause chaos during the 50th anniversary week.

It was even hinted that Meena could already have an escape plan ready to go.

She’d been bribing and flirting with her guard, Ian. Could he have helped her escape for real this time?

Speculation started again in July when it was reported that Paige had turned down offers to star in reality shows.

In an interview with The Mirror, she said: “I have been offered reality shows but I can’t say which – and I’m not doing it.”

This led to fans storming Twitter, certain this means Meena is set to play a part in the soap’s big week.

One Emmerdale fan said: “Warped, evil Meena is coming back for revenge in October during the big 50th Anniversary week for the show.

A second said: “Seeing as they did everything with Meena that they could possibly think of, it’s highly likely she’ll be back for the 50th with a ridiculous escape plot and then probably killed off #Emmerdale.”

Another added: “I think Meena will escape prison and comeback and cause mayhem and murder for the 50th anniversary.”