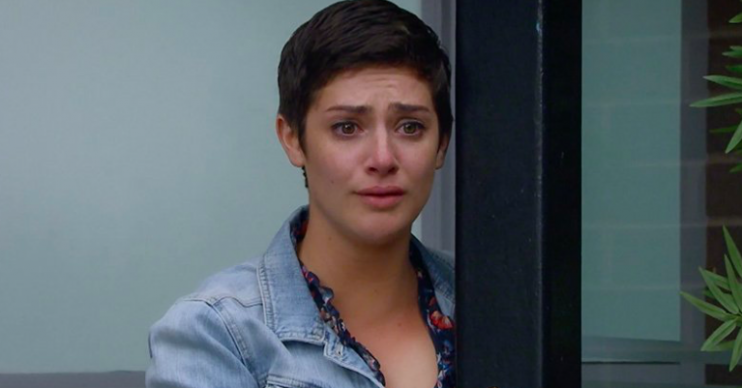 The chef has been put through hell

Fans of Emmerdale have had enough of Victoria Sugden’s rape ordeal being prolonged.

The chef fell pregnant after the brutal rape at the hands of Lee Posner earlier this year but since then she has been put through unimaginable torment.

Her brother was sent to prison for life for killing the rapist after he threatened to rape again.

She has also been subject to stalking from her rapist’s mother Wendy, and now Wendy has moved into the village just doors away from Victoria.

Even her blossoming romance with Luke was marred when it was revealed he was Lee’s brother.

It has now been revealed that Wendy will remain in the village until at least after Victoria gives birth and it is too much for fans.

They have hit out at the storyline for being insensitive and inaccurate for survivors of sexual assault and they want it over.

One wrote on Digital Spy Forums: “It’s very disappointing that they’ve chosen to go this direction with Vic’s story and the whole Wendy/Luke thing is extremely distasteful.”

A second said: “A rape storyline should have been handled sensitively and this one has well and truly descended into farce.”

A third said: “It comes to something when the rapist’s mother is allowed to harass and torment her son’s victim – which she did plenty of even before moved to the village – and TPTB act like this is something that a rape victim would just have to put up with in real life!”

A fourth agreed: “I feel like this storyline has just spiralled into utter madness.

Read more: Emmerdale fans disgusted as Wendy lies about Vic’s pregnancy to get close to baby

“Is Wendy definitely going to be a regular on the show? I don’t know how I feel about her moving in so close to her son’s rape victim all the whilst going round shouting that she’s lying and then getting sympathy from people.

“I just find it a bit grating to watch.”

Another said: “Yes its certainly how not to tell a rape story; make the person raped unlikeable, unrelatable and make the rapist mum the victim? Emmerdale Storylining at its best.”