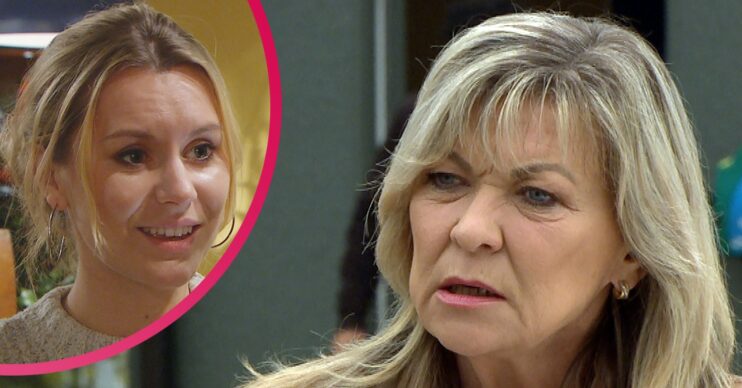 Kim and Graham had a strange relationship

Emmerdale fans were left confused after Kim Tate appeared to forget her relationship with Graham Foster before his death.

In last night’s episode (Wednesday, January 19), Kim went to see Dawn after hearing she broke up with Billy.

Kim explained how her lover Dave Glover died and that you can only get so many chances.

Read more: Who was Paul Ashdale in Emmerdale? Is Liv Flaherty really responsible for his death?

She then said: “When Graham and I had a good thing going, he was killed too.”

However fans were quick to point out that when Graham died, he was in a relationship with Rhona Goskirk and Kim had just paid Al Chapman to kill Graham.

Wait a minute…did Kim really just say she and Graham had a good thing going until he was killed?? She paid Al to kill him! Even though someone else got to him first. Also, he was with Rhona at the time! #Emmerdale pic.twitter.com/coOBY8ROxZ

Emmerdale: What happened with Kim Tate and Graham Foster?

Graham Foster first appeared in the soap in September 2017 employed by Joe Tate, who used the alias Tom Waterhouse at the time.

When Kim returned to Emmerdale, she wanted Joe dead, but Graham helped him escape the village.

It was later revealed that Graham and Kim were actually married. The two had an on and off relationship for years.

In 2019 he began a relationship with Rhona Goskirk, much to Kim’s annoyance.

They planned to move to France together, however he was murdered before they left and his body was later found by Priya Sharma and Billy Fletcher.

Viewers were left wondering who could have killed Graham as a number of villagers weren’t happy with him.

Just before Graham’s death, Kim hired Al Chapman to murder Graham, but he didn’t go through with it.

However it turned out Graham was murdered by Rhona Goskirk’s rapist ex-husband, Pierce Harris.