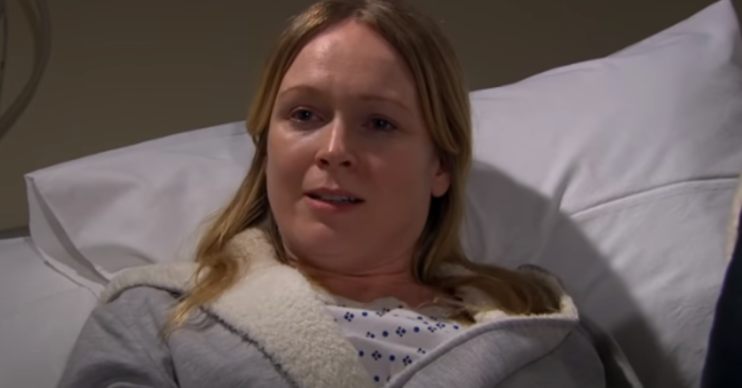 Michelle's baby is due in October

Vanessa recently had an operation to remove the cancerous tumour on her bowel, along with infected lymph nodes.

Although the operation went well, she was told she would need chemotherapy.

This week, Vanessa began her treatment. However fans of the soap are now convinced it won’t be a happy ending for the vet.

Whilst fans are overjoyed for the couple, some are worried that Vanessa could be making a permanent exit from the show.

So how does this news today leave vanity and the fact they could kill Vanessa off, so many questions now! #emmerdale pic.twitter.com/zMAM8vIl4U

They’re going to kill Vanessa off aren’t they? I can feel it. #Emmerdale

Me if the emmerdale team kill of Vanessa 😭🤦‍♀️ #emmerdale #vanity pic.twitter.com/nkZC7KBmSb

First off CONGRATS to @ChelleHardwick so happy for you BUT #Emmerdale don’t I repeat don’t not mess with my girl Vanessa or #Vanity at all, at best just send them on a holiday or something

However, Emmerdale haven’t yet said what Vanessa’s storyline will be.

In this week’s episodes, viewers saw Vanessa and girlfriend Charity get into a heated argument.

After Charity discovered Kerry kept Vanessa company at chemotherapy, she was worried the woman behind Frank’s death was upsetting Vanessa.

Charity tried to throw Kerry out, but ended up causing a scene. And her extreme reaction caused an argument with Vanessa.

If you kill off Vanessa I will be furious mind.

In last night’s episode (Wednesday, April 22) Vanessa suggested to Rhona they go out for her birthday.

But Vanessa ended up drinking too much and was in the doghouse when she got home. Although Vanessa and Charity made up, there are still more arguments to come…

Later in the week, Vanessa has a big question for Charity. When she hesitates to answer, Vanessa is fuming.

In next week’s episode, Vanessa starts making plans for the future, in case she doesn’t survive.

She asks best friend Rhona to be Johnny’s guardian if she dies. But when Charity finds out her decision, she’s left heartbroken.

The next episode of Emmerdale airs Friday at 7pm.

Have you been watching Vanessa’s storyline? Leave us a comment on our Facebook page @EntertainmentDailyFix and let us know what you think of this story.