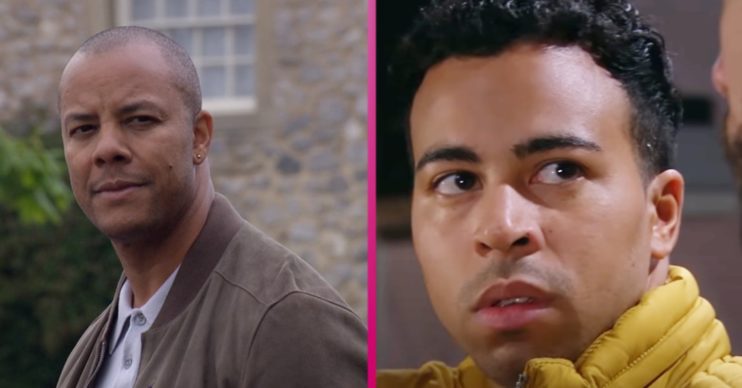 Al was acting secretive around a bracelet

Later Priya caught her and when she realised her ring had been taken, she confronted Sarah asking for it back.

But when Sarah also returned a bracelet, Priya was confused as she hadn’t seen it before and Al claimed nothing of his had been taken.

Priya started to question whether Al was cheating. Meanwhile Al confronted the teenager, asking for the bracelet back.

When Sarah revealed she had given the bracelet to Priya, the businesswoman asked her boyfriend if he was being unfaithful.

However, Al was able to explain why he hadn’t told her about the missing bracelet, claiming it was a birthday gift for Priya’s daughter Amba.

But he got cold feet about giving it to her as it’s an expensive gift to give to a little girl.

Priya explained that she was still ‘scarred’ by her lying ex-husband Rakesh and the two seemed to put the bracelet incident aside.

However viewers of the soap still think Al is hiding something and have a theory that he has a secret daughter.

Bound to belong to his daughter or dead relative Prya?? #Emmerdale

So what do we think? Al has a secret daughter? #Emmerdale

I don't think Al is cheating. I think something else is going on. Maybe he's got a secret daughter? Or maybe the bracelet is of some sentiment #Emmerdale

Emmerdale: How many children does Al have?

Al only has one child as far as we know. He has his son Ellis with Jessie Grant, who he was married to before his time in the village.

He was also a stepdad to Jessie’s eldest son Billy. However it’s clear they never got on very well.

What is Al’s past in Emmerdale?

More about Al’s past was revealed during the Emmerdale lockdown episodes when he isolated with Ellis and another of Jessie’s ex-husbands, Marlon Dingle.

He revealed both of his parents died and he was adopted. He told Ellis and Marlon: “A nice white couple adopted me. By 10 I wasn’t cute anymore, I was just an angry black kid. So they put me in care. Never saw me again. Cute is overrated.”

However he never revealed if he had any other kids or another ex-wife.