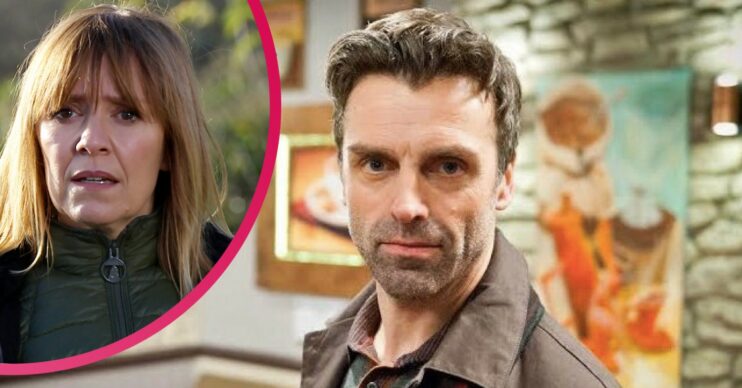 Emmerdale fans are convinced Pierce Harris is ALIVE despite it being claimed he has died.

The villain raped ex-wife Rhona Goskirk before abusing her and later murdering her new partner Graham Foster in a vile reign of terror.

Viewers watched this week as Pierce’s son Marcus arrived in the village.

Pierce had contacted Rhona begging for her help to find his long-lost son.

With the help of tech whiz Ryan Stocks she managed it and despite Vanessa Woodfield‘s best efforts – made contact.

Marcus arrived in the village and told Rhona he barely remembered his dad.

He gave her a full story about how he disappeared one day after years of abusing him and his mum.

Rhona opened up too about the horrors Pierce put her through.

Despite that Marcus still asked Rhona to go with him to the prison to visit an allegedly dying Pierce.

But before she could give him an answer Marcus told her that Pierce had died in prison.

However fans aren’t convinced that Marcus is telling the truth.

Instead they are sure that Pierce is still alive – and will return to harm Rhona once more.

One said: “Why do I get the feeling Pierce is alive! #Emmerdale.”

A second said: “No it ain’t because Pierce is still alive his son is playing you #Emmerdale.”

A third said: “So now we have months of this ‘Pierce is dead’ crap when he isn’t.

“Then we’re to go, ‘Gosh! He’s still alive!’ And be right shocked and that cos we’re so bloody stupid.”