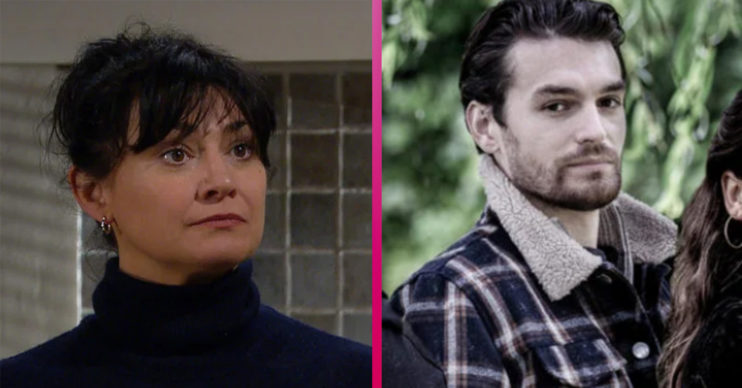 Could ANOTHER secret child be on their way to the village?

The farmer will be left shocked later this year when her younger brother Mackenzie turns up in the village.

He’s set to cause all manner of drama for Moira as a dark secret is revealed.

But fans are sure that they already know what the dark secret is.

Writing on Digital Spy Forums, one said: “Moira’s brother sounds interesting but given that he is connected to some secret in her past and that he looks quite younger than her I’m guessing he is really her son.”

A second said: “The timing is highly suspicious. Given the spoilers that have just dropped and the way Jane Hudson was clearly gleeful about her Christmas Day surprise, it wouldn’t surprise me if your theory proved correct.

However, a fourth said: “I hope they don’t go down the route that he was actually her son, but her parents raised him as their own, which did occur to me, as I think leaving him would be out of character for Moira.

“I hope he can be a positive addition – I’ve always felt Moira’s birth family were a bit of a mystery.”

Emmerdale boss Jane Hudson recently teased the havoc Mackenzie would cause when he arrives this autumn.

Speaking at a virtual press day, she said: “Moira’s brother is arriving and of course he’s coming with a secret that you think you’re going to find out but then there will be another revelation further down the line.

“He’s a troublemaker, he’s good looking, he turns heads, he doesn’t care what anyone thinks.

“He’s going to mess things up with the Tates and the Dingles, he’s a force to be reckoned with.”

But could the secret be who his mother really is? And what is the further revelation? Could it be who the father is?