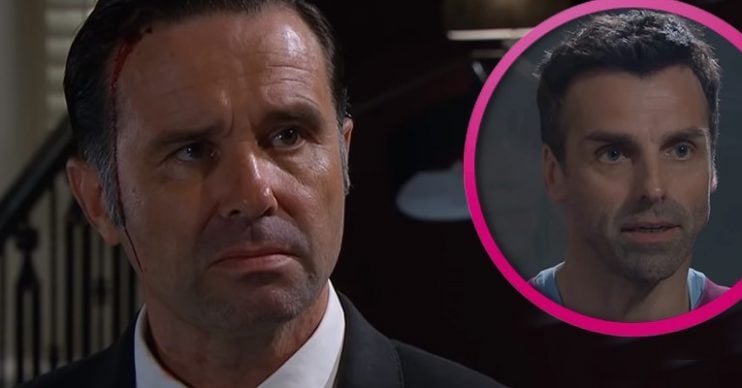 Pierce was recently up for parole

A couple of weeks ago, Rhona was terrified to learn Pierce, the man who raped her, was up for parole.

In Monday night’s episode of the soap (January 13 2020), Graham missed a call on Rhona’s landline and decided to listen to the voicemail.

Viewers didn’t see or hear who left the message, but Graham looked furious as he listened.

Later Graham arrived at Rhona’s late at night, claiming he had had a flat tyre.

But as Rhona went back to bed, the businessman washed his bloodied knuckles in the sink, leaving viewers wondering, whose blood it is…

Fans have a theory that the voicemail was from Pierce, fresh out of prison, and Graham killed him to stop him returning to the village.

Who called Rhona’s house phone? Prison about Pierce maybe? 🤔 is that who’s blood Graham had in his hands? #emmerdale

The next day, in Tuesday night’s episode (January 14 2020), Rhona confronted Graham over his hand but their conversation was overheard by Marlon Dingle, who shares son Leo with Rhona.

Rhona had a go at Graham assuming he beat someone up for boss Kim Tate, but Graham assured her he caught it changing a tyre.

Later Rhona apologised, but after overhearing the conversation, Marlon refused to let Leo stay with Rhona and Graham.

Fans of the show know Pierce and Rhona got married back in 2017 and he had shown a violent side before their wedding.

But on the night of their wedding, he surprised Rhona by buying a new property, however Rhona was taken back as they hadn’t discussed moving.

Pierce accused Rhona of not being over Paddy and she admitted she had drunkenly kissed her ex-husband.

Pierce then accused her of leading Paddy on and went onto rape her.

Rhona reported what happened and the case went to trial.

Eventually Pierce went to prison for what he did.

Do you think Graham killed Pierce?