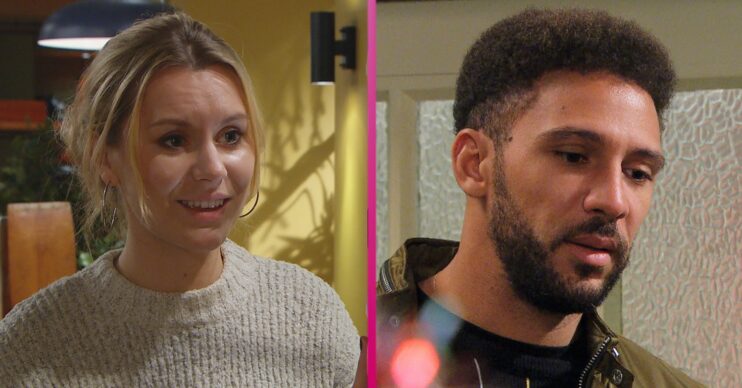 Billy and Dawn got engaged on New Year

Emmerdale fans have been left confused by Billy and Dawn’s engagement announcement.

Recently Billy and Dawn got engaged and the two planned to keep it secret.

However when Dawn’s son Lucas overheard them talking about it, they made the decision to tell Dawn’s family.

In last night’s double bill (Thursday, January 7) Dawn and Billy gathered in The Hide with Dawn’s dad Will, Harriet and Will’s fiancée Kim to announce their engagement.

Harriet and Kim were thrilled for them, however Will was a bit worried they were rushing.

Kim raised a toast to Dawn and Billy saying: “Let’s raise our glasses to love, laughter and happily ever after.”

Harriet warned Billy to treat Dawn well or he’d have her to answer to and Kim said: “And me for that matter.”

However fans were left confused wondering when Kim and Dawn became friends, as the two previously didn’t get along when Dawn was dated Kim’s son Jamie.

Did I miss an episode? Since when have Dawn and Kim become friends? #emmerdale

When did Dawn and Kim become friends 😂#Emmerdale

Emmerdale: What happened between Kim and Dawn?

It’s no secret Dawn and Kim have never got on.

Dawn was unimpressed when she discovered Will and Kim had been sleeping together and Kim never approved of Dawn dating her son Jamie.

Last Jamie was leaving the village and wanted Dawn to run away with him, but she didn’t.

He ended up crashing his car into a lake and his body was never recovered. While he has been presumed dead, viewers know he is alive and left the village.

But at Christmas, Kim welcomed Will’s family with open arms into her home, so it would appear Kim and Dawn have put the past behind them.