Emmerdale viewers are far from happy with Debbie Dingle after her reaction to Cain's big confession.

As Debbie spent most of last night reeling from the news Cain had killed Joe (or at least thinks he killed Joe) fans were hoping she would forgive and forget what her dad had done.

After all, she's no stranger to doing wrong and turning to her father in her hour of need - the acid attack on Ross being the most recent of her mistakes that Cain helped cover up. 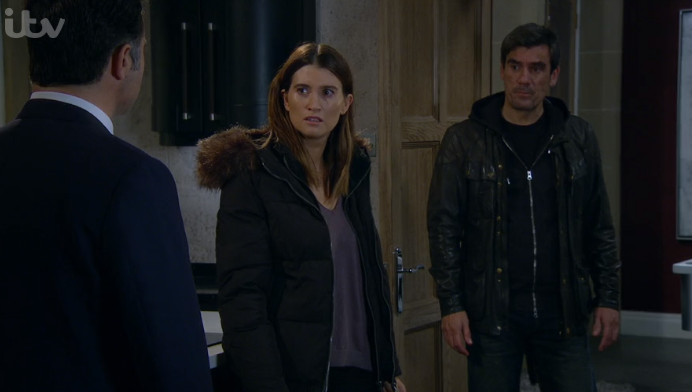 Debbie refused to be talked round (Credit: ITV)

But no, Debbie was (understandably) fuming that her dad had offed her fiancé, and even more distraught to learn Graham knew and had helped cover it up.

Despite Cain and Graham teaming up to persuade her enough hurt had been caused, she told her dad: 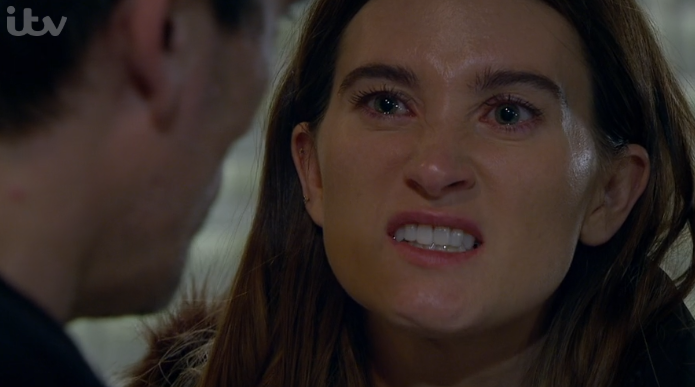 "I will never ever forgive you for this.

"This isn't over, you've done a good job protecting each other, keeping your little secret, well don't expect me to."

"I will never, EVER, forgive you for this."

Murder has a way of breaking families apart. #Emmerdale

Does that mean she's going to the police? A Dingle never grasses on a Dingle, surely?

As Cain looked forlorn and Graham looked concerned, the credits rolled and fans were quick to cry "hypocrite" after all Cain has done for Deb.

Venting their fury at her on Twitter they lashed out at how quickly she's forgotten her most recent plight. 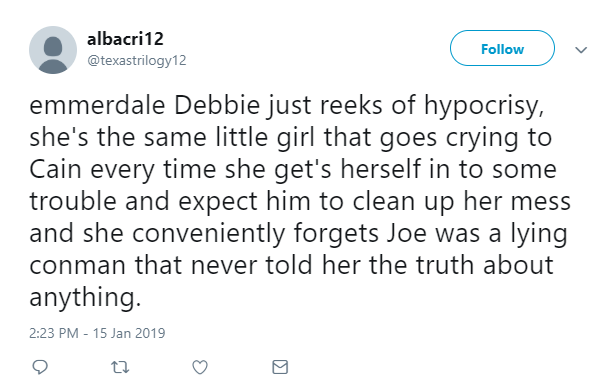 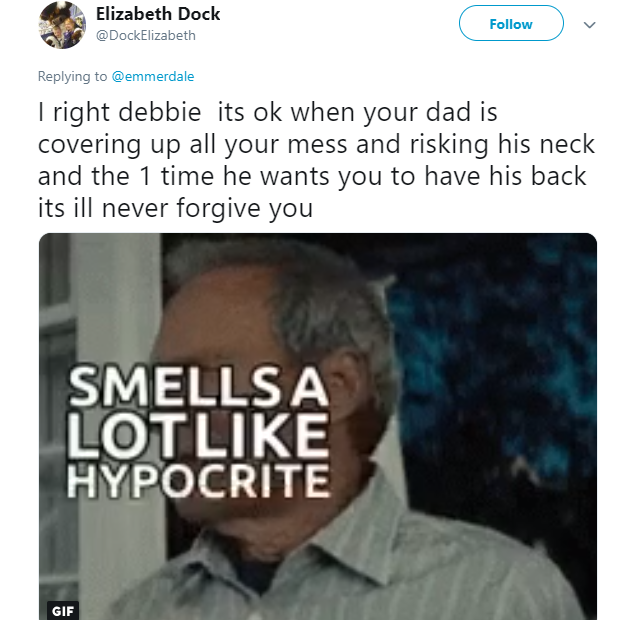 There were a couple who were on Debbie's side, but these were few and far between. 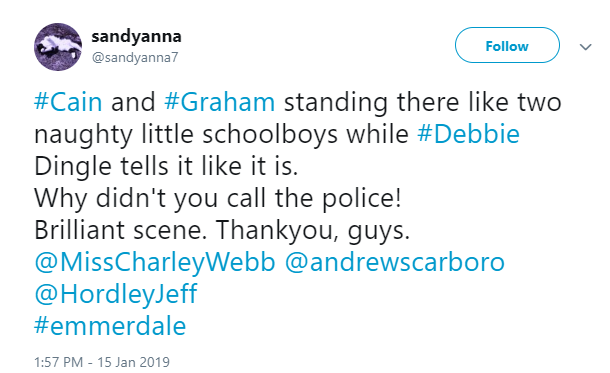 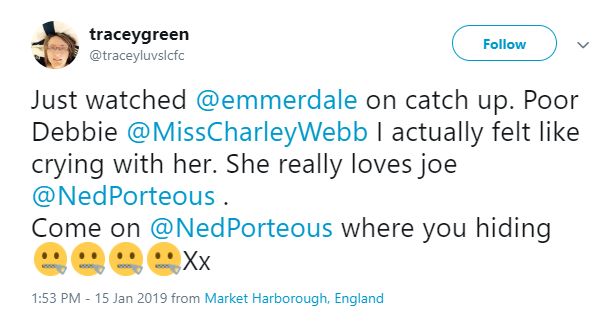 But how far will Debbie go in her quest for revenge? Next week, Cain is arrested, but has Debbie actually dobbed him in?

And is Joe even really dead? No one seems to think so - not even Jeff Hordley, who plays Cain. At least if Joe came home it might go some way to fixing things between Cain and Debbie.

With Cain set to go off the rails and fall further into a pit of despair, it seems the return of Joe might be the only thing that can save him now.

Do you think Debbie should forgive Cain? Leave us a comment on our Facebook page @EntertainmentDailyFix and let us know what you think.