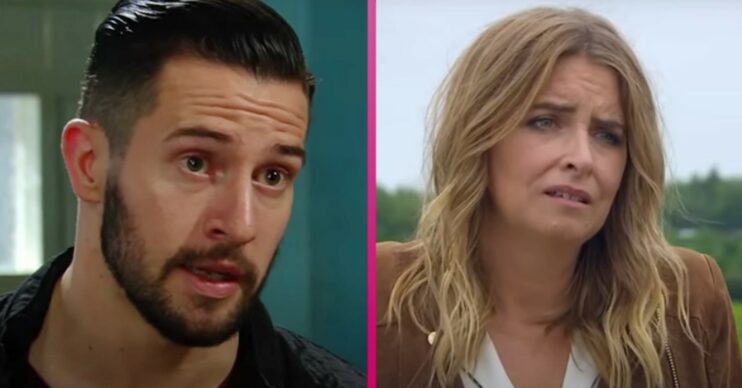 Emmerdale fans have begged for Ross Barton to return to screens after Charity mentioned he was bringing their son Moses back to the village in last night’s episode (Monday, December 28).

In the scenes, Charity announced Ross would be bringing 6-year-old Moses back to the village. Moses has been staying with Ross, his girlfriend Rebecca and Rebecca’s son Seb.

Charity said Ross would be bringing Moses to The Hide, however he didn’t make an on-screen appearance.

Now fans are begging to see Ross return to Emmerdale.

Be great to see Ross back on #Emmerdale

there’s been a Ross mention?! Ross Barton love of my life always #Emmerdale

"Ross is bringing Moses back" please someone tell Ross he is welcome to stay!!! #Emmerdale

Who is Ross Barton in Emmerdale?

Ross is the son of James and Emma Barton, brother of Pete and Finn an half brother of Adam Barton.

He was the first member of the Bartons’ extended family to be introduced in 2013.

During his time in the village, Ross had romances with a few of the Emmerdale women, but his most complicated relationship was with the Dingle women Debbie and her mum Charity.

Ross had an affair with Debbie Dingle, who was engaged to his brother, Pete.

However she was unaware that Ross had a one-night-stand with her mum, Charity, and was the father of her half-brother Moses.

Debbie eventually found out the truth.

She dumped Ross to marry Pete, but the affair was revealed at their wedding.

Who attacked Ross with acid?

Later Ross was attacked with acid by local drug dealer Simon. Debbie paid Simon to ‘mess up’ Joe Tate, but Simon couldn’t see properly at night and threw the acid on Ross.

But the scarring was bad and Ross was told he might never heal fully, leaving him depressed.

He found out Debbie was behind the attack after Simon was arrested, but eventually forgave her.

He left the village in 2018 for a fresh start with Rebecca.