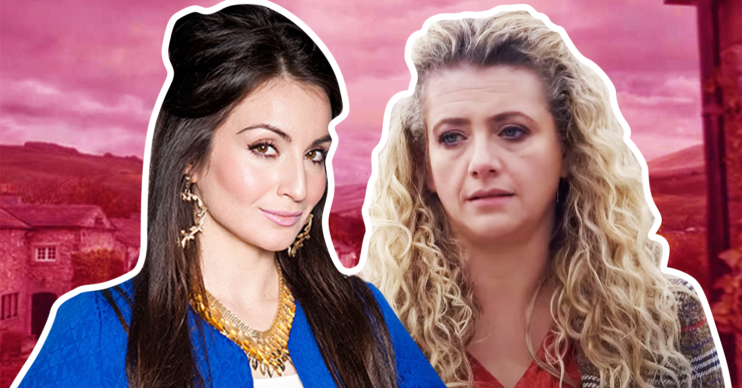 Emmerdale fans think Maya Stepney is back in the village and could be the one terrorising Leyla Harding.

A couple of months ago, Leyla was furious when she discovered that her presentation at Take A Vow had been trashed.

Immediately she pointed the blame at Liam’s daughter Leanna, who had made it known she doesn’t like Leyla.

But over the past week, Leanna and Leyla have put their differences aside and the teenager even gave her blessing for Liam and Leyla to be together.

However, in last night’s episode (Monday, July 13), Leyla revealed many of her clients had cancelled on her.

She realised that someone had left a terrible review about her business online and started to think Kim Tate was behind it – as revenge for keeping Andrea’s whereabouts secret.

But fans have another idea. They think that paedophile former school teacher Maya could be back for revenge on Leyla for getting her sent to prison.

Maya definitely behind all the cancellations of Leyla business!#emmerdale

Maya is coming back. 😗 #emmerdale

Emmerdale: Who is Maya Stepney?

In Emmerdale, Maya was a school teacher at Hotten Academy and the ex-wife of Liam Cavanagh.

While married to Liam she had an affair with David Metcalfe and the marriage fell apart.

But when she was with David, she began grooming his son, her pupil, Jacob, who was just 15. Days after Jacob turned 16, she began sleeping with him.

Eventually Maya was caught out by Priya who immediately relayed the information to Jacob’s mother, Leyla.

Leyla, Priya and Tracy all confronted Maya and in the woods, Leyla knocked her unconscious. However she survived and continued to try and brainwash Jacob.

David eventually called the police on his ex-girlfriend and she went to prison.

When she was released, it was revealed she was pregnant and a few months late, she left her son on Jacob and David’s doorstep.

As they weren’t sure who was the father, they had a paternity test, which revealed David is the baby’s father. But could Maya be back to get her revenge on Leyla?

Would you like to see Maya return? Leave us a comment on our Facebook page @EntertainmentDailyFix and let us know what you think of this story.