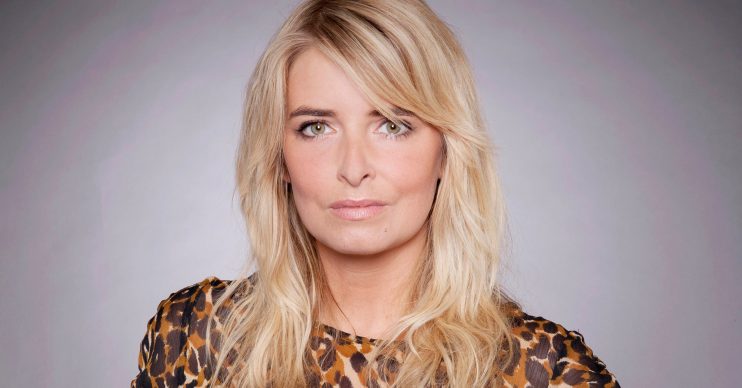 Emmerdale star Emma Atkins has revealed she plans to stick with the soap for the foreseeable future as she celebrates 20 years playing Charity Dingle.

The actress first swooped on to our screen on March 30, 2000, alongside her cousin, and former lover, Cain Dingle (Jeff Hordley).

Both characters turned up for the funeral of their cousin (then-to-be revealed as Cain’s half-brother) Butch Dingle.

They quickly won a place in the hearts of the Emmerdale fandom, and except for both taking a break from the show in 2006, they have been firm favourites ever since.

Read more: Emmerdale fans beg for vintage episodes as they complain replacement is worse than lockdown!

Charity Dingle is here to stay in Emmerdale

In an interview with Digital Spy to celebrate 20 years of Charity in Emmerdale, Emma revealed she doesn’t have any plans to leave.

When asked if she is happy sticking around for the foreseeable future, Emma replied: “More than happy, yes!”

That’s likely to come as good news for fans of Charity and her relationship with fiancée Vanessa Woodfield.

The pair – known as ‘Vanity’ – have become a huge hit with viewers ever since their surprise first kiss in late 2017.

After Charity’s long history with men, including marriages to Chris Tate, Jai Sharma, and Declan Macey, and near marriages to Cain, Tom King, and Michael Conway, plus countless other flings, the kiss with Vanessa was something of a shock even to Emma.

She revealed: “I feel very proud of the storyline and the fact it’s been so well received.

It was quite a surprise when I got the random script that Charity would be kissing Vanessa. Our characters had barely had any dialogue, so I just didn’t understand how and why.”

However, both women threw themselves into making it work and the result was the beautiful partnership they now have.

In 2018, the love Vanessa showed Charity saw the latter feel safe enough to open up about her rape at the hands of DI Mark Bails.

Vanessa supported Charity through the subsequent trial and when she reconnected with her son, Ryan Stocks, who was the product of the rape.

Charity has been struggling to know how to support her other half, but is trying her best.

After Vanessa had an operation to remove the tumour, Charity’s cleaning frenzy at home raised a few eyebrows.

She even attempted to make homemade soup – which didn’t go very well.

After years of lying, scheming and cheating, are we finally starting to see Charity Dingle the domestic goddess?!

Charity and Vanessa were supposed to get married on the day Graham Foster met his maker.

The wedding was a complete surprise to all of their family, but ended up being cancelled after Graham kidnapped Ryan.

Charity discovered her son locked in a kayak hut and unable to get out and, furious, they plotted their revenge.

She and Ryan stole money from Graham, which has subsequently had repercussions far and wide.

Vanessa wasn’t happy and almost dumped Charity over the scam, plus Marlon was fuming when he found out.

Marlon had been arrested for Graham’s murder and when he realised Charity had evidence that could have freed him, he disowned his family.

So the Vanity wedding seems to be on the backburner for now, but as to whether it could happen in the future, Emma said:

“I think that would be lovely. They seem to be okay just as they are for now. Watch this space, I guess.”