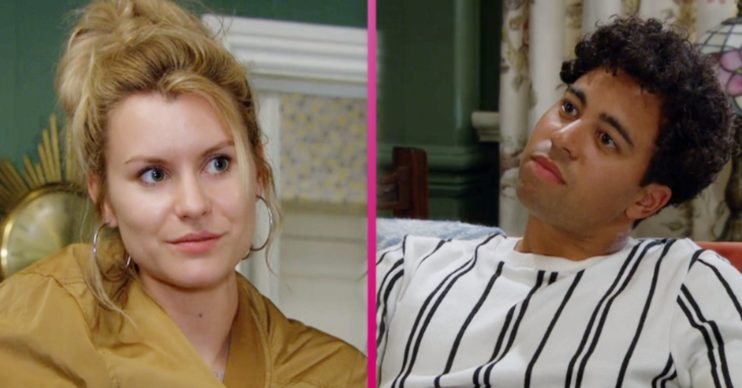 Dawn is trying to keep Billy from finding out the truth!

Emmerdale fans have predicted Dawn Taylor will fall pregnant after she sleeps with Ellis.

A few weeks ago Dawn killed dodgy DI Malone. But Dawn soon realised she wouldn’t be able to keep the truth from boyfriend Billy if they stayed together.

So in order to prevent him getting involved, she broke up with him. Last week, he begged her to give their relationship another go.

In order to make sure Billy didn’t want to be with her, Dawn got drunk and ended up sleeping with Billy’s brother, Ellis.

But fans have predicted that Dawn will end up getting pregnant.

Next storyline will be WHO'S THE DADDY

Emmerdale: What’s next for Dawn, Billy and Ellis?

This week, Will is shocked to discover that Dawn spent the night with Ellis. He’s even more horrified when he finds out she purposefully bedded her ex’s brother.

She justifies her actions insisting to Will she had to do the one thing Billy would never forgive her for in order to stop him finding out that she killed Malone.

Meanwhile across the village, an amused Marlon and Billy quiz Ellis on where he spent the night. But their amusement quickly vanishes when Dawn turns up and reveals that she and Ellis spent the night together.

Later when she’s alone, Dawn sinks to the floor in grief at the realisation that she has now likely lost the love of her life.

The next day, there’s trouble between the brothers when Billy angrily refuses to accept Ellis’s apology.

Read More: Emmerdale: Lisa Riley teases ‘something will happen’ with Mandy and Paddy

But the two of them are equally shocked when she says that she has been having an affair with Ellis for ages.

Later Dawn leaves Woodbine with a rucksack. Is she leaving the village for good?