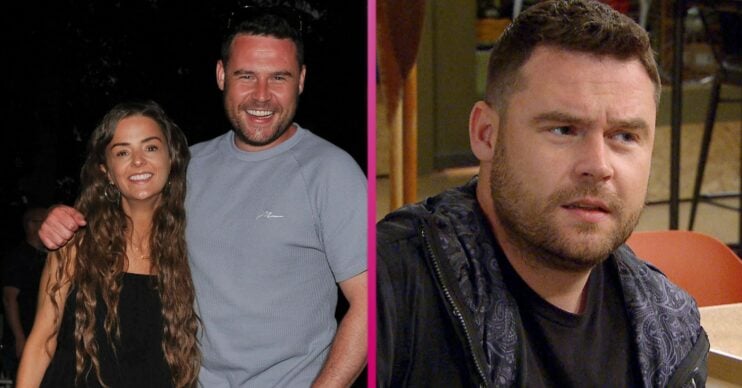 Danny and Steph are expecting their first baby

Emmerdale star Danny Miller, who pays Aaron Dingle, has shared a touching message to his unborn child as he shared a photo with his fiancée Steph.

The 30-year-old actor wrote: “We know we haven’t met you yet. And we don’t know if you’re a boy or a girl. But I do know you’re loved already. Regardless. Forever.”

I do know you’re loved already. Regardless. Forever.

One fan wrote: “This is so beautiful . You and Steph will make fantastic parents and the love you will both have for baby Miller will be never ending.”

Another said: “Wish you all the best, you’ll make great parents.”

Earlier this year, Danny and Steph announced they got engaged and were expecting their first baby.

Speaking to OK! Magazine about the baby news he said: “It was unbelievable because we’d been told it probably wasn’t going to happen for us naturally, so we just feel so incredibly lucky.

Meanwhile, Steph added: “It was a massive surprise. Because emotionally we’d been psyching ourselves up for IVF. It was meant to be. We got engaged at the beginning of January and found out we were expecting in February.”

Danny also revealed to OK! that his Emmerdale co-stars Kelvin Fletcher and Adam Thomas as well as Ryan Thomas will be at his and Steph’s wedding.