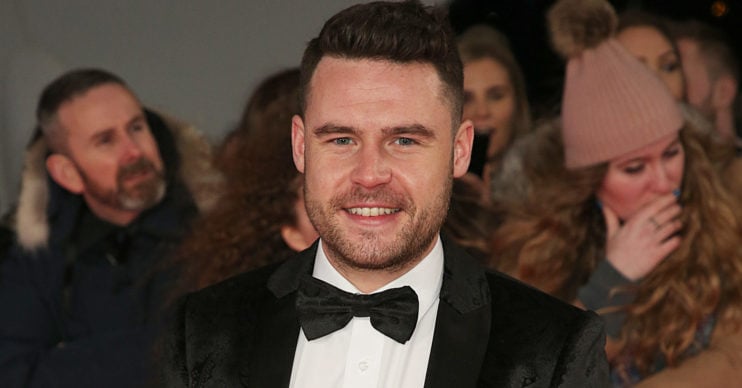 The actor has spoken out amid the backlash from Robron fans

The actor posted the story with a series of eye emojis after fans had contacted him about their disappointment.

Robron fans have reacted with fury about the news Aaron will be getting a new love interest as a blast from the past arrives in the village.

In reply to a fan who said they “aren’t ready” for Aaron to move on, nearly a year after Robert was sent to prison for murder, Danny told them: “Come onnnnnnnnnn. I’m skint here.”

He also liked a series of posts expressing excitement for the new story.

Read more: Has Andrea disappeared from Emmerdale for good this time?

News of the new love interest was revealed on Friday.

The Sun reports that a man called Ben will arrive in the village and turn out to be someone Aaron bullied for being gay at school.

An insider told the publication: “Aaron wasn’t always the Aaron fans have grown to love – as a teenager he was completely different.

With Robert in prison for 14 years for murdering Lee Posner, there is little chance of him reuniting with Aaron.

But despite that Robron fans don’t want Aaron to move on.

One wrote on Twitter: “Oh here we go. Don’t they have any other ideas for storylines? Come on Emmerdale.

“What a joke – there is so much they could do with such a talented actors – all they can come up with is a new love interest with twist/turns? Thanks, not interested, it’s way too early.”

“One thing is sure for me: I will never support them and ship them. I feel for the guy though. It’s Robron or nothing for me,” said another.

A third added: “Too soon they’re not even divorced yet, sorry, won’t be invested in that even if it happens, only Robron for me.”

A further user wrote: “It’s too soon. What about just let him stay single for a while!”

More added comments of “way too soon,” and “nope, won’t be watching.