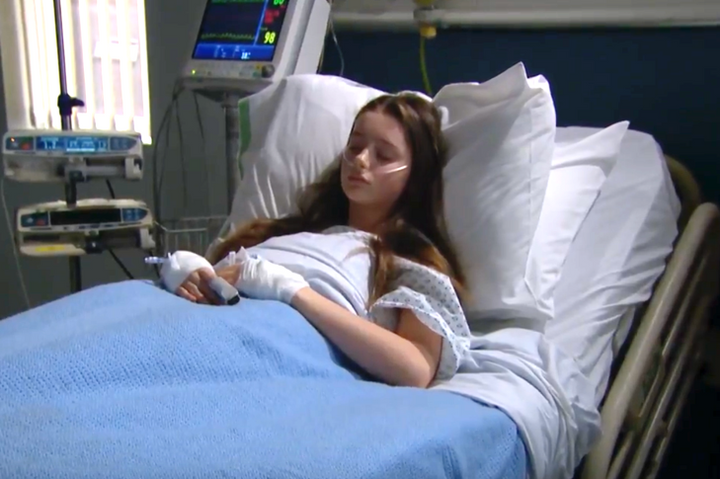 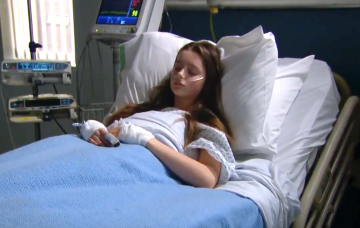 Emmerdale: Sarah to die while Debbie is in jail?

Is would be a cruel blow to the family...

The Dingle family are going through some of their toughest times ever at the moment, and that’s saying something for a clan who have overcome many obstacles.

But scriptwriters could be planning the most heartbreaking twist yet, as Debbie Dingle has been told she might be sentenced to five years in prison.

This would be a crushing blow to the mum, whose daughter could die any day.

Last night (Thursday 25 October), a devastated Debbie was told the shocking news that she faces up to five years in prison for ordering an attack on Joe Tate earlier this year.

Of course, viewers know that the attack led to a horrifying case of mistaken identity and left Ross Barton with acid burns for the rest of his life.

While few fans disagree that Debbie must face justice, few believe she should be apart from her daughter Sarah as she battles possibly fatal health issues.

In a devastating twist, it seems that Sarah has been left alone in hospital as her body potentially rejects her new heart after its recent transplant.

In an emotional phone conversation, Sarah begged her mum to return to her, with a choked Debbie replying: “I’m coming home as soon as I can. I love you babe.”

Sarah, who is suffering from heart failure, was on the list for a heart transplant for a number of months and recently underwent a life-saving operation – but she’s not safe just yet as doctors await to see if her body accepts the new organ.

Fans have been left heartbroken by the storyline, with one tweeting: “Debbie can’t go to prison.”

Another said: “I’m so heartbroken for Sarah and Debbie.”

A suitable heart has been found for Sarah, but Debbie's not around…#Emmerdale pic.twitter.com/bpfuxBI6l6

Debbie has barely had time to grieve for her missing fiancé Joe Tate, who she believes jilted her at the alter.

In fact, he was punched cold by dad Cain and finished off by Graham Foster.

Do you thin Debbie deserves to do her time in prison? Leave us a comment on our Facebook page @EntertainmentDailyFix and let us know what you think!